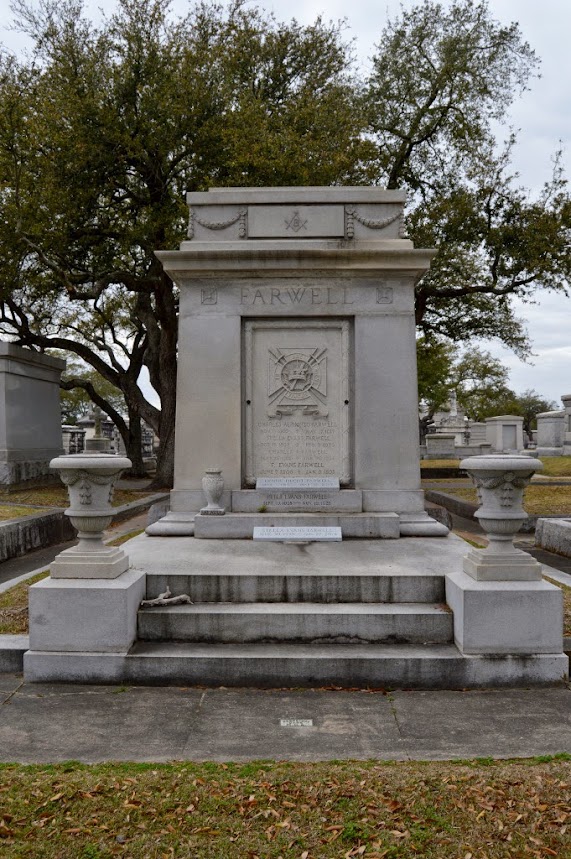 Farwell family tomb in Metairie Cemetery. The patriarch, Charles Alphonzo Farwell, was a sugar broker in New Orleans. He was lauded for his efforts to protect the domestic sugar industry when sugar imports from Cuba and Central America were on the rise in the late 19th Century. Biographies of Mr. Farwell mention that he was a member of numerous clubs and civic organizations, including the Boston Club, which is noted as the primary behind-the-scenes organization for the Rex Parade on Mardi Gras. It’s interesting, though, that Farwell chose Freemasonry as his lasting public memory, placing the seal of the York Rite Knights Templar on his tomb, as well as the square-and-compass of the Blue Lodge. 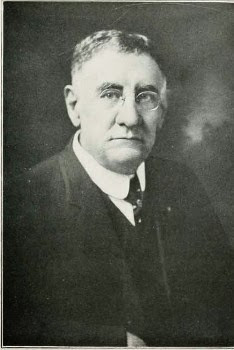 Photo of Frawell, posted with his obituary, in 1917. 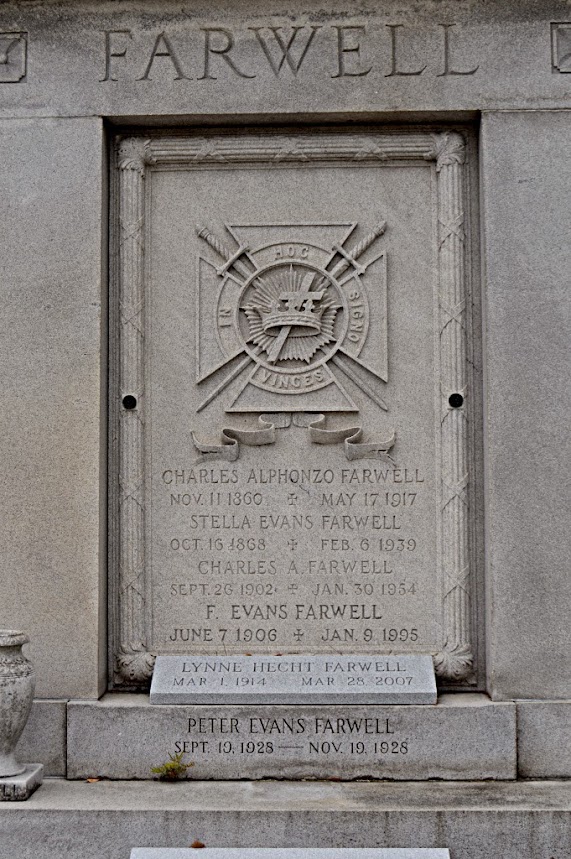 Detail of the tombstone.