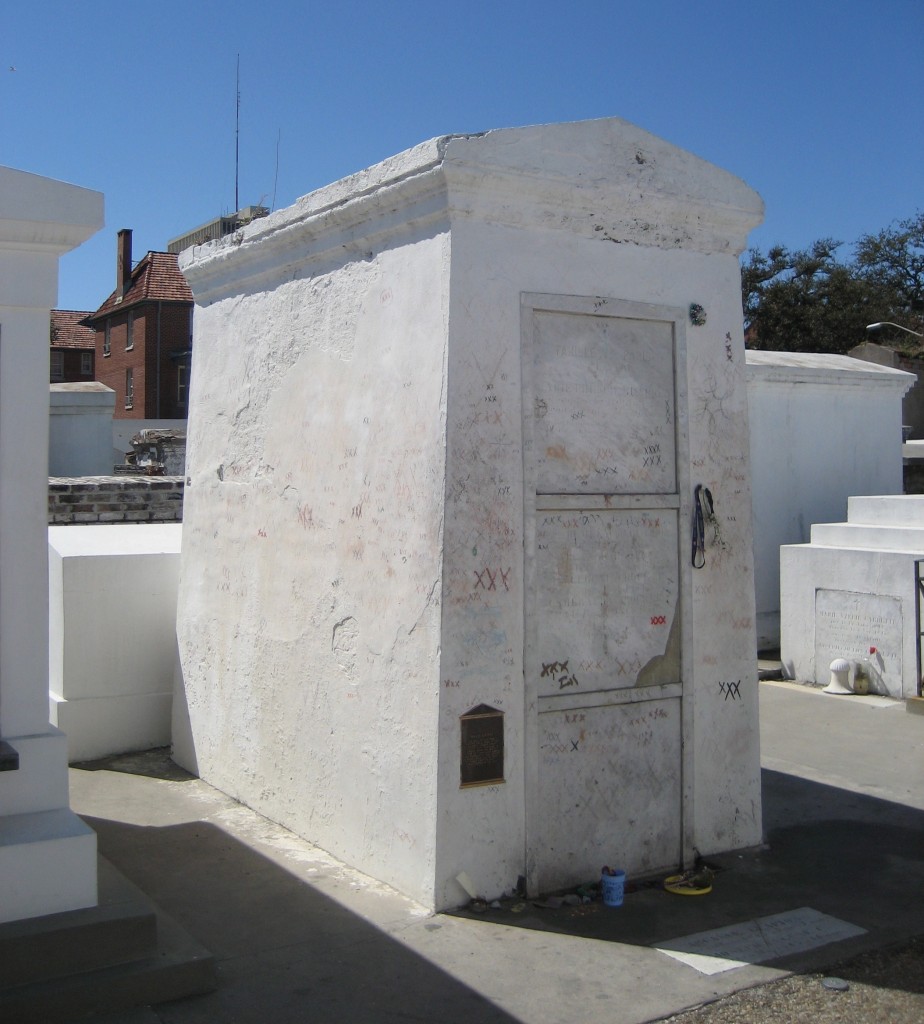 A shrine to Marie Laveau is an excellent idea, particularly if it shifts focus from her tomb:

The nine-foot shrine, painted a darker complexion than the image of her that dominates most tourist pamphlets and postcards, is expected to serve as an alternative site to commune with Laveau now that visitors not claiming to be Laveau’s decendents can only visit New Orleans’ St. Louis Cemetery No. 1 with a tour guide after vandals repeatedly defaced her tomb. The rule went to effect this month, at the request of the Roman Catholic Archdiocese of New Orleans.

Now, let’s talk about this “darker complexion” thing. From the AJ America article:

Court documents suggest she was a freewoman of color and Voodoo practitioner: She brought a lawsuit against alleged assailants of fellow practitioners, according to a document from July 2, 1850 featured in author Carolyn Morrow Long’s “A New Orleans Voodoo Priestess.” Local lore holds that she was ravishingly beautiful, extremely powerful and a great source of strength to the New Orleans black community during slavery and its aftermath.

We’re losing perspective of what “of color” actually meant. Marie Laveau lived during the time of “quadroons” and “octaroons”, where any African ancestry made one “not white”. To this day, many of the city’s Creoles can still pass the “Schwegmann bag test” – if your skin was darker than the brown of the grocery bag, you weren’t “Creole”. It’s more than a bit possible that Marie Laveau was very light-skinned.

I like Lisa Graves’ depiction of Marie, in her book History’s Witches: 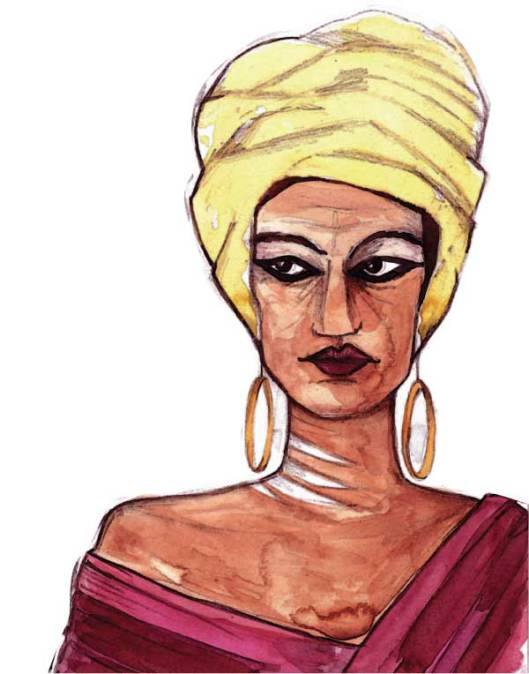 Without actual photos, or contemporary paintings, however, it’s tough to know for sure just how light/dark Laveau was.

Ms. Glassman does have the right of it on the bottom line, though:

“We’re honoring someone who was a source of great strength to the African-American community, especially,” the priestess continued. “Voodoo itself was a great source of strength to people who were enslaved. Voodoo had the power to look beneath the surface of things to find a spirituality that couldn’t be destroyed by the slave master’s whip. That’s what we’re honoring.”