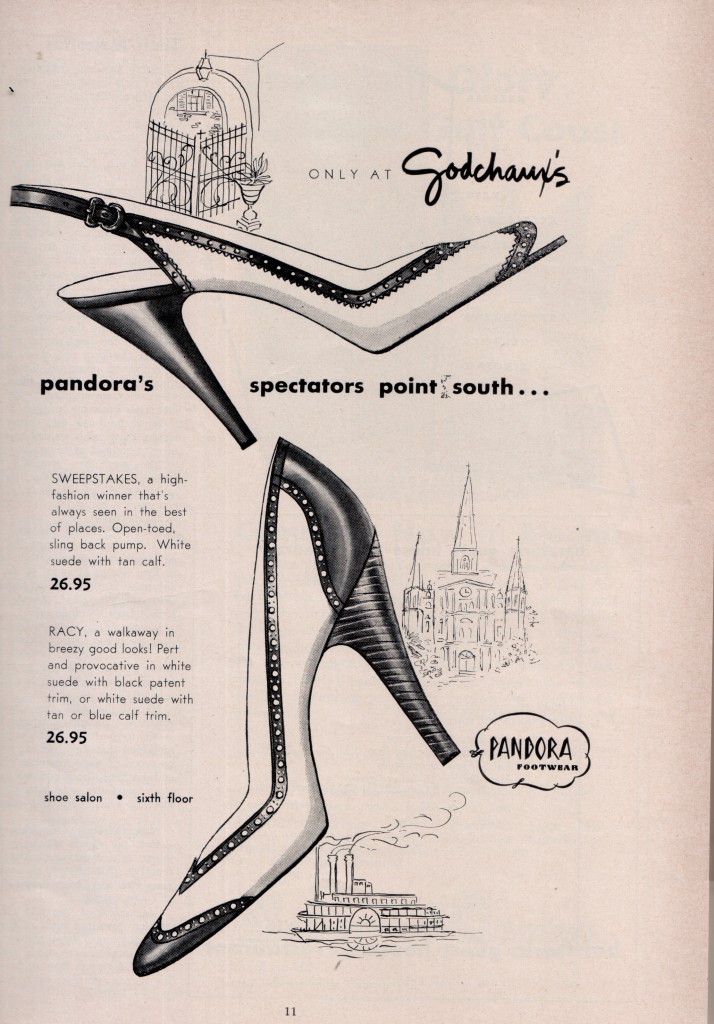 From 1946, an ad in the Roosevelt Hotel’s in-house produced guest magazine. When I was working on my book, New Orleans Jazz, I went through several years’ worth of this magazine, in the hopes of finding music/band pictures. I ended up finding a bunch of cool ads instead!

Godchaux’s (not to be confused with Goudchaux’s, the Baton Rouge chain that eventually bought out Maison Blanche) was a mainstay of Canal Street retailing. I’ll bet my heel-wearing friends would like those two pairs!