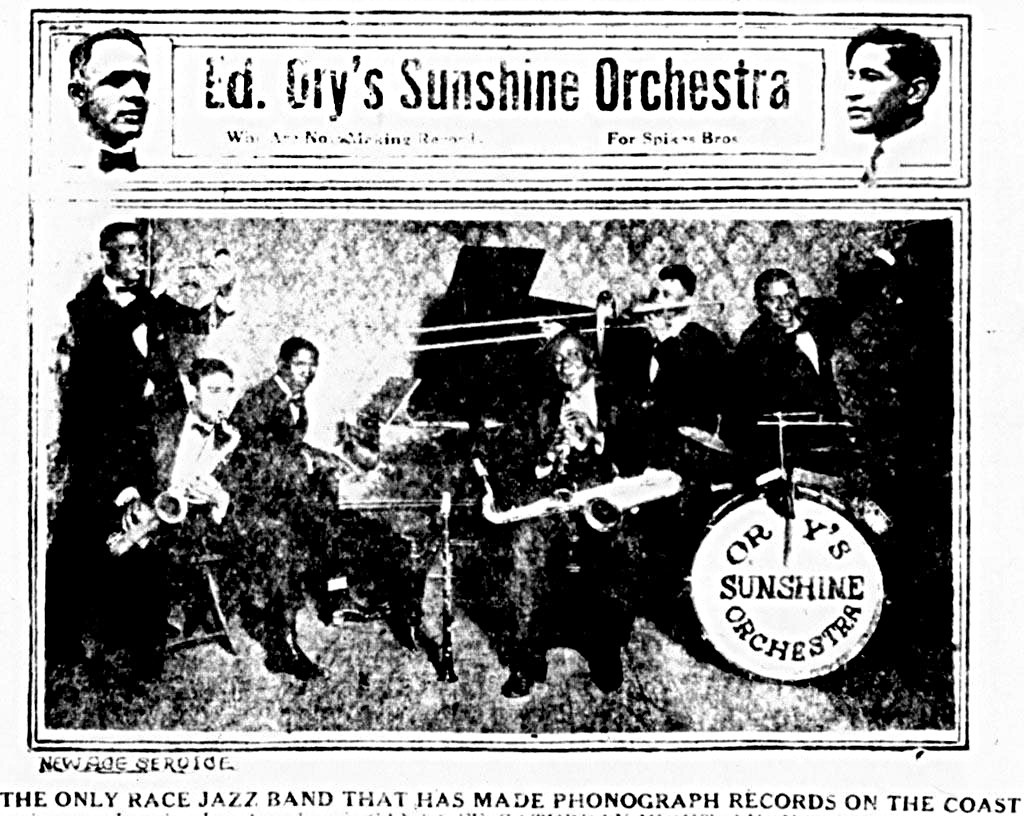 Here’s a photo that didn’t make New Orleans Jazz, because of its poor quality. This is an ad for Edward “Kid” Ory’s band, the “Sunshine Orchestra” in the Chicago Defender newspaper in 1922. Ory, like many African-American musicians in the 1910s and 1920s, joined the “Great Migration” of blacks from the Jim Crow south. Unlike “King” Oliver and Pops, Kid Ory went west, to Los Angeles. Jazz afficianados across the country understood that the music had its roots with the black bands, however, which is why recordings from a band in Los Angeles were advertised and sold in Chicago.