Police precinct and jail in the northern part of Treme, in the 1940s (NOPL photo)

The old jail and police station at St Philip & Dorgenois Streets is a creepy place. The building was the police station for the northern part of Faubourg Treme. These days, folks generally consider this part of the city to be “Mid City” rather than Treme. The construction of I-10 over Claiborne Avenue in the 1970s established a physical barrier/boundary in Treme that’s stuck over the years. 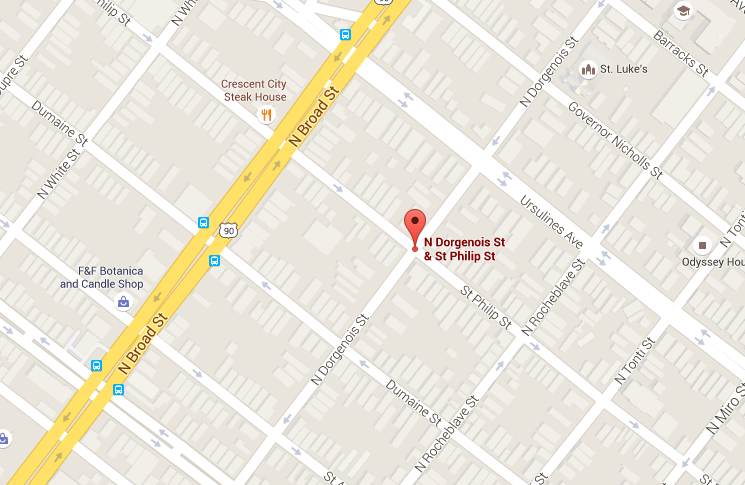 Here’s a reference point. It’s only a block from Crescent City Steakhouse on N. Broad.

The cornerstone of the building shows it dates from 1902. NOPD used the building until the late 1940s. The city gave the property over to the New Orleans Recreation Department (NORD), which renovated it, removed the jail cells, and turned it into a community center. 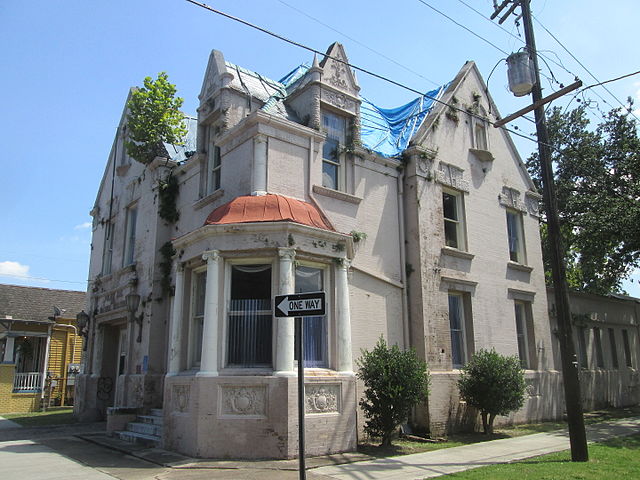 Ten years of neglect after the Federal Flood in the wake of Hurricane Katrina only make the place creepier!