Tivoli Circle during the Civil War 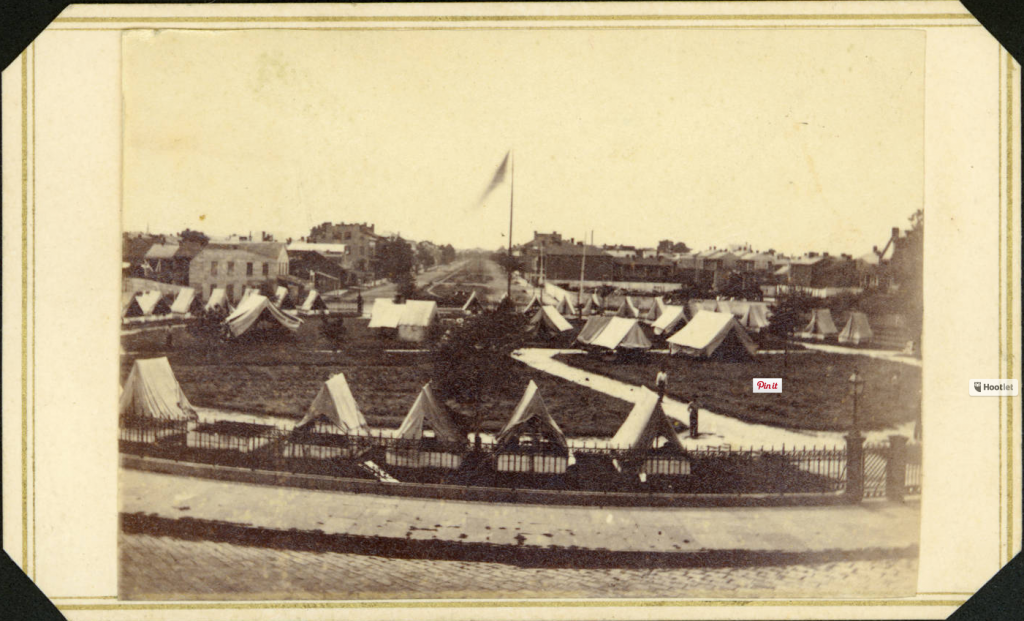 Tivoli Circle, New Orleans, during the Civil War. It’s unclear which side the troops bivouaced in the Circle are on. My guess is they’re Union, because the ineptitude of Davis and the Confederate Navy allowed Farragut and Butler to easily capture the city.

There’s an interesting note on the photograph that also leads me to believe these are Union troops:

On 17 July 1877 the City of New Orleans granted the use of Tivoli Circle to The Lee Monumental Association for the purpose of erecting a monument to General Robert E. Lee, and changing the name from Tivoli to Lee Circle.

Troops would not be camped out on a major street in the city twelve years after the war was over. I’d love to interview the person who wrote that note.