Charleston, SC, surrenders to Union forces on this day in 1865 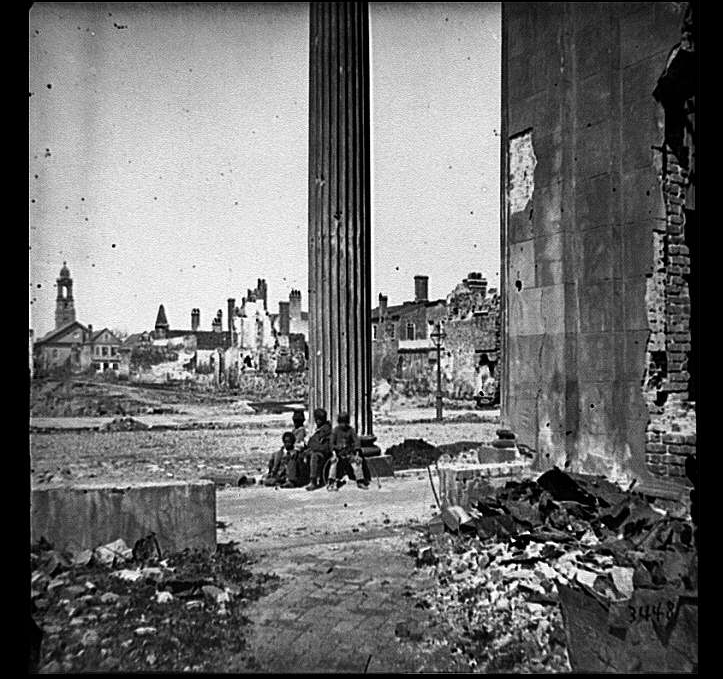 A lot of people have a difficult time understanding why the “Lost Cause” mythos has been treated as factual and taught as such in schools in Southern states for so long. People immediately point to neo-Confederate racists as the answer, and leave it at that. It’s important to understand the root causes, and these photos of Charleston at the time of the city’s surrender help. The destruction that rained down on Southern cities made them look like parts of Syria do now. The contemporary descriptions were graphic:

A City of ruins, —silent, mournful, in deepest humiliation…The band was playing ‘Hail, Columbia,’ and the strains floated through the desolate city, awakening wild enthusiasm in the hearts of the colored people…

(Of course, a “Northern reporter” would use the description, “deepest humiliation” to boost the homefront)

Context is everything. By 1865, it wasn’t just about slavery. It started that way, yes, but it was about death and destruction by the end. The Southern states wanted to turn that “deepest humiliation” around, hence the Lost Cause.