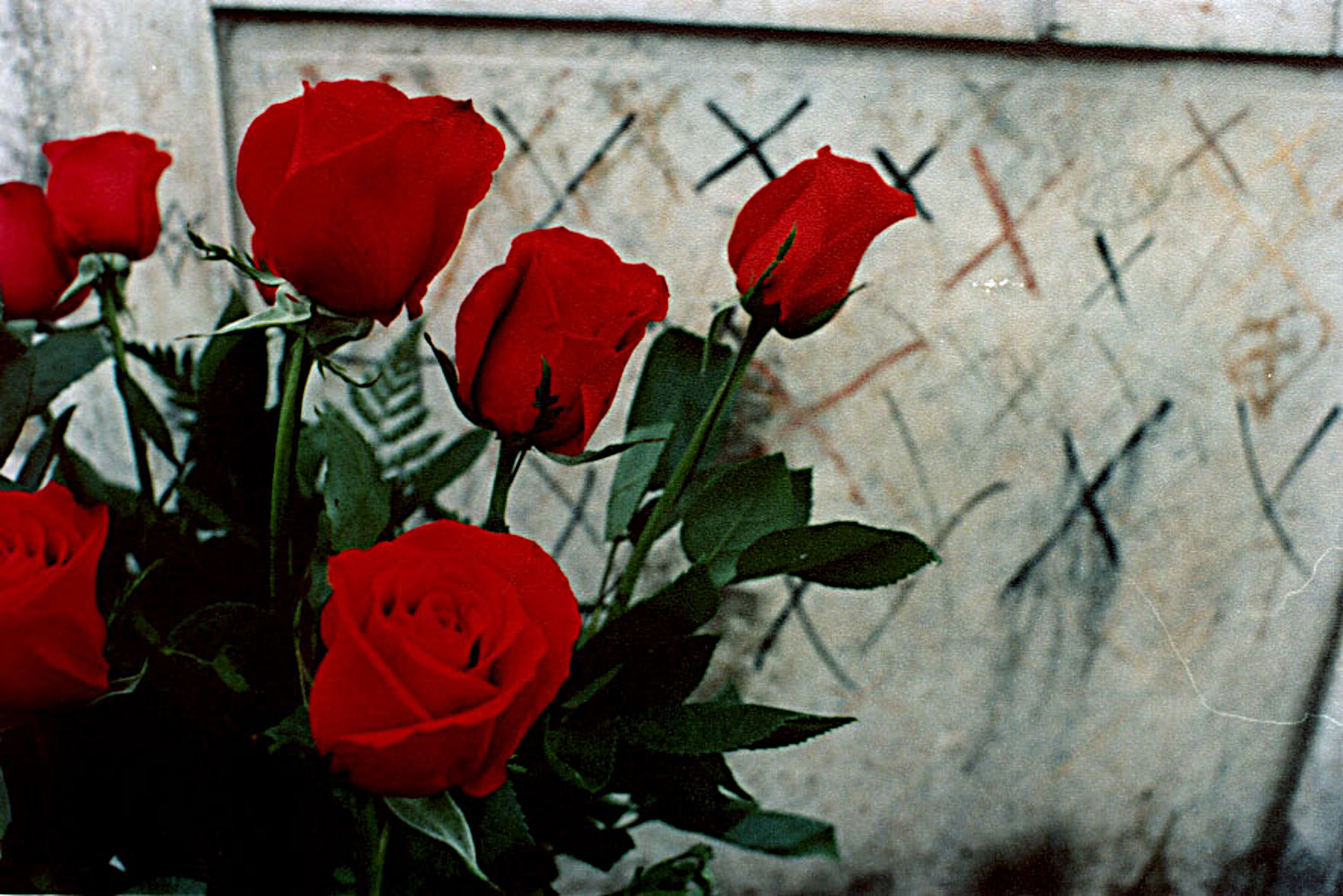 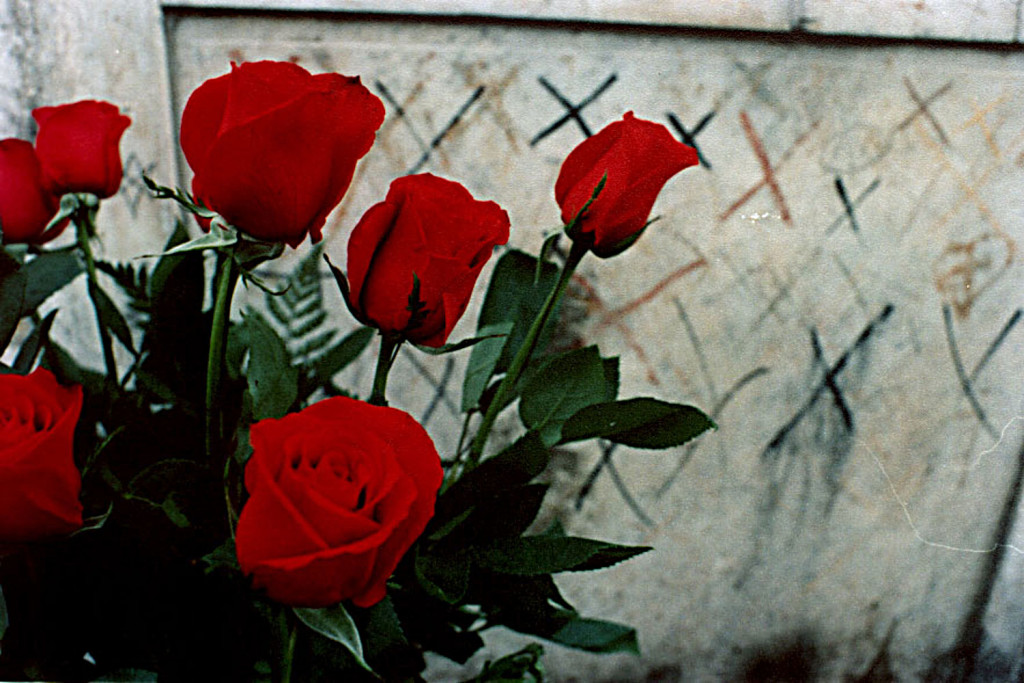 “Roses for Marie” by Edward Branley

The Voodoo that Marie Laveau do

Marie Laveau. This is an older photo, from before St. Louis Cemetery #1 was restricted to tours given by licensed tour guides. The “X” marks on the tomb offended one visitor so much a couple of years ago, they painted the tomb pink, thinking it was a help. Wrong kind of paint, though, which caused thousands of dollars to be spent on restoration. I hope people continue to leave the offerings and mementos, even if they don’t mark the tomb itself. 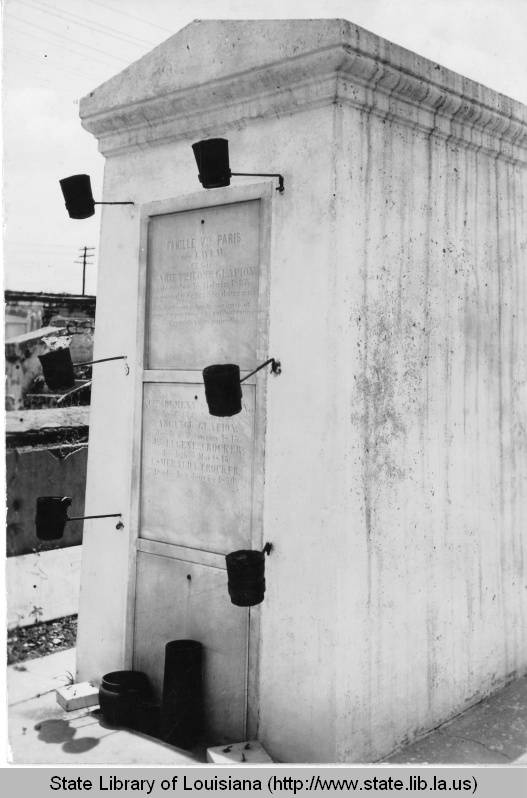 This WPA photo from the 1930s shows the tomb unmarked. 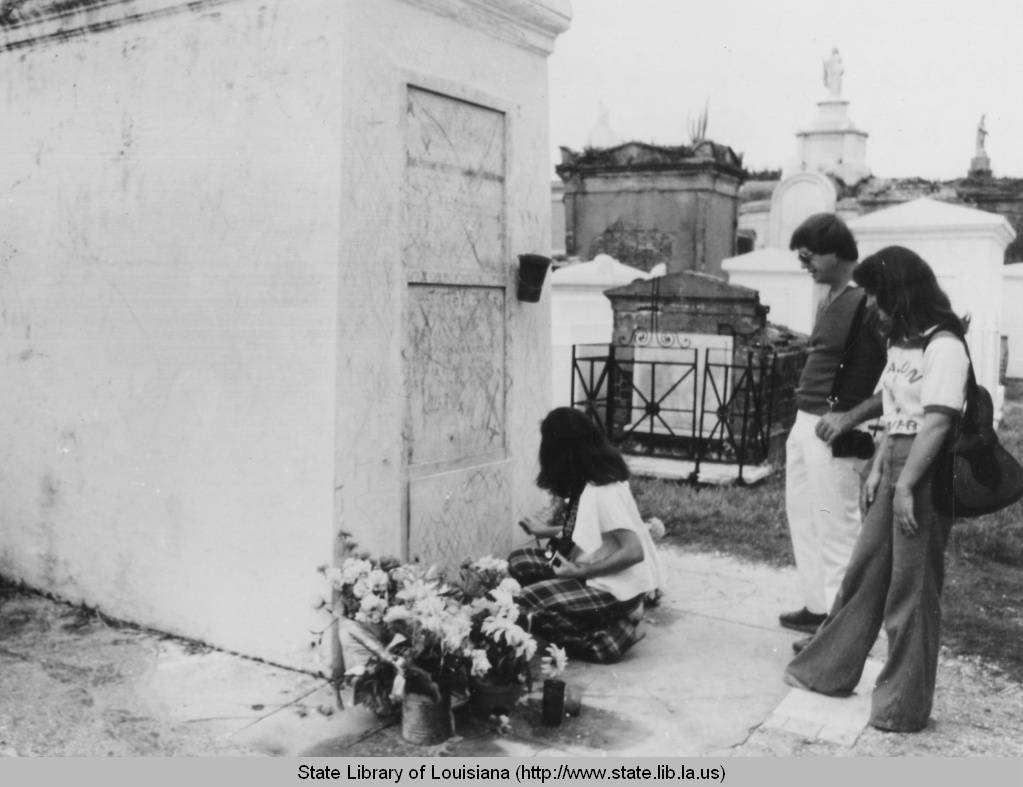 The tradition of the “X” marks was in full swing by the 1970s, though, as can be seen in this tourism promotion photo.