What date is Louis Armstrong’s Birthday? 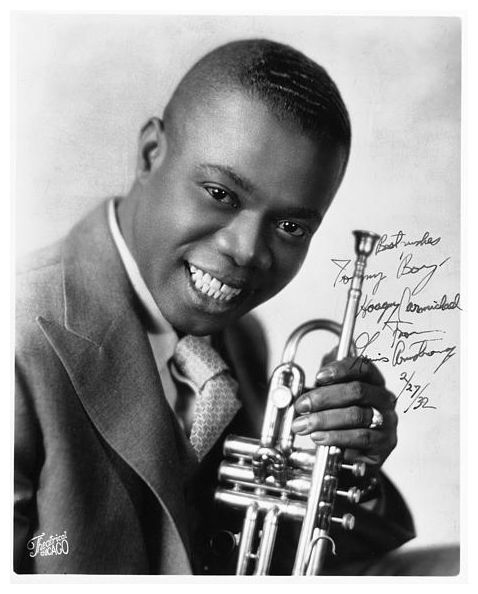 Louis Armstrong’s Birthday, he claimed, was the Fourth of July, but many records say otherwise. James Karst of Da Paper shared an interesting article from last year on the blog, The Wonderful World of Louis Armstrong. The blogger is Ricky Riccardi, who is Archivist for the Louis Armstrong House Museum in Queens.

The article explores the research done by various folks on Pops’ birthday. Was he born in 1900 or 1901? Was the date really 4-July, or was it 4-August? Riccardi explores the issue, looking into research done by Tad Jones, along with John McCusker’s comments/defense of Jones’ work. He also cites a 2014 article by Karst, documenting Pops’ first trip to the Colored Waifs’ Home, at age 9.

The conclusion? Jones’ research into Armstrong’s baptismal records appears at face value to document the 4-August-1901 date. Karst’s find of the arrest record when Pops was nine tends to confirm 1901 as the year.

Here’s my only quibble with the baptismal record; while the date of the administration of the sacrament is not in doubt, the recording of the date of birth could be. Here’s Riccardi’s remarks on this:

Okay, it starts with baptism number 69, done on August 25 of a child born on August 15, ten days after. Next, number 70 is Louis Armstrong, baptized on August 25 and given the birthday of August 4. Now we’re 21 days away. Next, baptism number 71, done on August 25 is for a child born on JUNE 30! Nearly two months before. McCusker says August 4 has to be true because “those notations in the register happen in real time.” They were indeed happening in real time on August 25 but the birthdays of the kids being conceived varied from 10 days before until almost two months earlier. When I mistakenly wrote on Facebook that a “clerk” wrote the above, McCusker corrected me and said it was the priest and insinuated the priest is the most reliable source. But that priest wasn’t there when Mayann delivered Louis and if she remembered it being July 4, I don’t know why she gets discounted entirely.

The baptismal register at Sacred Heart Church on Canal Street would indeed be in “real time” – for baptisms. When a family brings the baby to the church for that baptism, however can vary. It’s not surprising to see babies ranging from two weeks to three months in age receiving the sacrament. So, to have one kid born on 15-August and another born on 30-June being baptized on the same day would be business as usual. The priest administers the sacrament, and records that act in the register. Louis Armstrong’s birthday would be secondary to his baptismal date in those records.

Is the priest a reliable source? Certainly for the date of baptism, but for the date of birth? What makes the priest’s recording of 4-August for DOB authoritative? Consider that this is 1901. The priest would be white, and Pops was listed in the register as “niger, illegitimus”. In other words, just how seriously did the priest take this record? Certainly he took the sacrament seriously. He brought a soul into the Church. But exactly when that soul’s mother gave birth would not be as important to him., given that he was African-American and illegitimate. All this research is done now because of what baby Louis became; on 25-August-1901, he was just another black baby. Jim Crow was in full force by 1901, essentially making African-Americans second class citizens. Without more info on the priest, it’s hard to tell here.

Go read the article, see what you think Louis Armstrong’s birthday is!