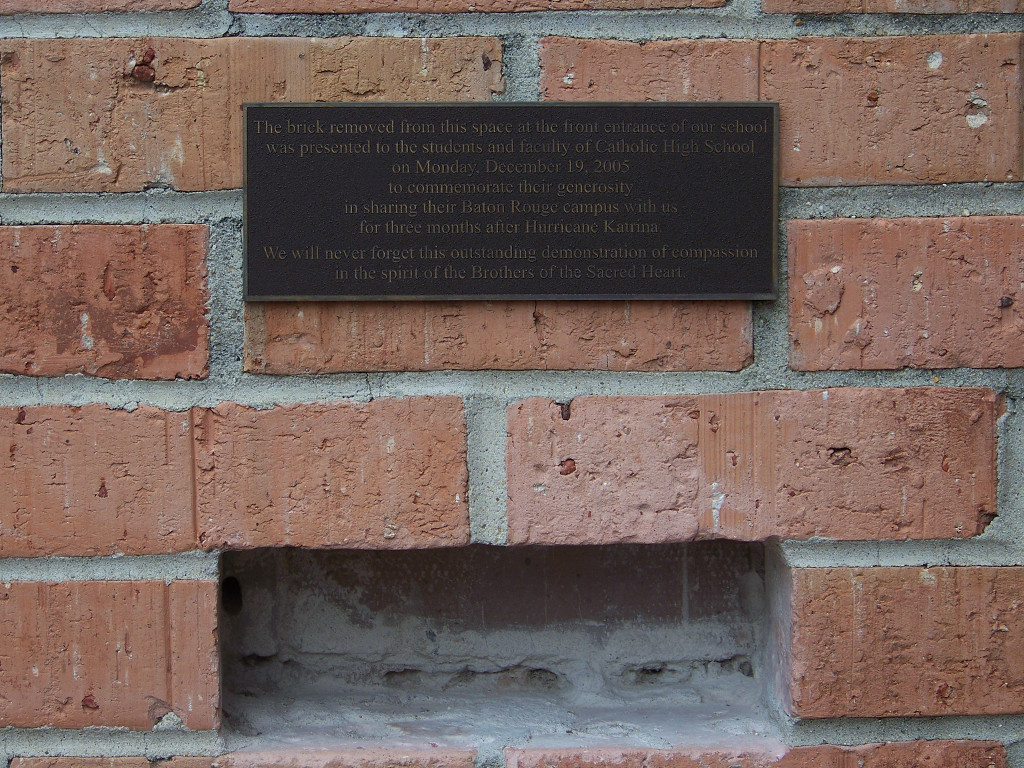 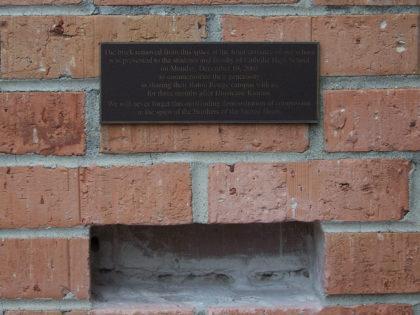 On August 25, 2005, the Brother Martin High School faith community gathered at St. Joseph’s Church on Tulane Avenue to witness the seniors of 2006 receive their class rings. Four days later, the world changed for so many of us. My son was one of those “storm seniors” who didn’t get back to his high school until the following January. He got back, though, with help from Catholic High.

“Brother Martin Baton Rouge” opened its classes to all Catholic high school students who were displaced by the storm. The Brothers continued to pay the faculty. They asked that parents continue to pay the schools they regularly attended. The Catholic High School community could have just “followed instructions” from the Institute, but they went so much further than that. They helped displaced families in so many ways. The kids quickly settled into a school routine. Even the band and other activities met and practiced. Classes were on Monday through Thursday evenings. For our family, that meant picking up my son after that last Thursday class, coming back to our house in Metairie, and us working to remediate the mold and prepare to rebuild the interior.

We will never forget…

The damage to BMHS was not as bad as many. Still, it took a lot of hard work by many to get the school back in shape.. Mr. Nick Lagattuta (BMHS ’71), Facilities Director and Assistant to the President of Brother Martin High School, and his team worked tirelessly that fall, to make re-opening the school happen.

In the process of rehabilitating the, a brick was removed from the wall of the original classroom building on Elysian Fields Avenue. We refer to it now as the “Cor Jesu Building”, because it was part of the original Cor Jesu High campus that opened its doors in September, 1954.

A plaque was placed above the niche left from the removal of the brick that reads:

The brick removed from this space at the front entrance of our school
was presented to the students and faculty of Catholic High School
on Monday, December 19, 2005
to commemorate their generosity
in sharing their Baton Rouge campus with us
for three months after Hurricane Katrina.
We will never forget this outstanding demonstration of compassion
in the spirit of the Brothers of the Sacred Heart. 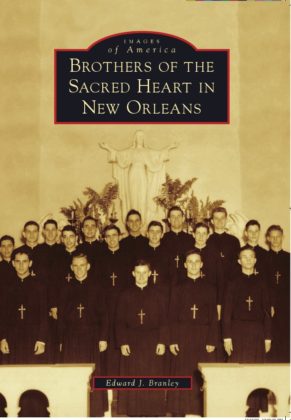 Brothers of the Sacred Heart in New Orleans by Edward J. Branley

Brothers of the Sacred Heart in New Orleans presents the story of the three high schools operated by the Institute in New Orleans: St. Aloysius (1869-1969), Cor Jesu (1954-1969), and Brother Martin High (1969-present). It is available from Amazon, Barnes and Noble, as well as local bookstores in New Orleans, and Walgreens drug stores.