The Grand Lodge of Louisiana and Scottish Freemasonry 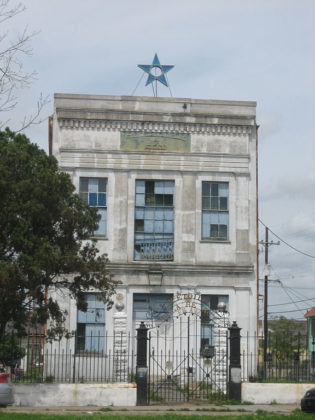 Scottish Freemasonry in the Grand Lodge of Louisiana

Freemasonry in the Grand Lodge of Louisiana has a rich history. BBC Travel has a great article on Freemasonry’s Scottish roots and its connections. Very much worth the read. So, I want to add some thoughts on the Scottish and English influences on Freemasonry in New Orleans.

Also in 1794, a group of masons formed a lodge, Etoile Polaire (Polar Star).  They petitioned the Grand Orient of France for a charte. The French Revolution complicated that petition. Etoile Polaire then petitioned the Provincial Lodge in Marseilles, in 1796. They constituted under that authority in 1798. In 1804, they finally received a charter from the Grand Orient of France. Because the Spanish governed Louisiana at this time, both lodges were forced to meet outside the city limits. They gathered just outside the city’s ramparts, just to north and east of the original city. Etoile Polaire eventually build a lodge hall there. Its location is at Kerlerec and North Rampart Streets.

Freemasonry in the State of Louisiana

France sold Louisiana to the United States in 1803. That released the masons of New Orleans from the complications of a government subordinate to the Catholic church. Freemasonry “came out” at that time. Louisiana was granted statehood in 1812, and the Grand Lodge of Louisiana was constituted at that time. Because of the confusion and close dates of the charters of Etoile Polaire and Perfect Union, both lodges are listed as “1” in the roll.

Louisiana in the early 19th Century was a complex mix of ethnic groups. This resulted in those groups chartering their own lodges. A number of the early lodges did their work in languages other than English. The original two lodges did their Work in French; Germania and Kosmos Lodges in German, Cervantes in Spanish, and Dante Lodge in Italian. In terms of ritual and traditions, however, they took their cues from the two #1 lodges.

Now, what does all this have to do with Scottish Freemasonry? From the BBC article, it’s clear that “modern” Freemasonry goes back to Scotland:

From the Middle Ages, associations of stonemasons existed in both England and Scotland. It was in Scotland, though, that the first evidence appears of associations – or lodges – being regularly used. By the late 1500s, there were at least 13 established lodges across Scotland, from Edinburgh to Perth. But it wasn’t until the turn of the 16th Century that those medieval guilds gained an institutional structure – the point which many consider to be the birth of modern Freemasonry.

Freemasonry then extends south of Hadrian’s Wall to England, and by 1717, English masons formed the Grand Lodge of England. The Craft also traveled across the English Channel to France. With the House of Stuart living in exile in France, the brand of Freemasonry that came to that country was more directly linked to Scotland than England. As Freemasonry spread from France to the French colonies in North America, that Scottish influence in ritual and organization went along.

By the time Freemasonry reached Louisiana, there were two distinct styles of ritual in North America. Lodges chartered in the Thirteen Colonies were under the authority of the Grand Lodge of England, and inherited their traditions. Louisiana picks up the more-Scottish traditions from France (via Haiti). By 1812 and the formation of the Grand Lodge of Louisiana, both styles of lodges existed. To this day, there are ten “Scottish Rite Blue Lodges” in New Orleans:

These lodges are part of Grand Lodge of Louisiana. Their ritual is significantly different from those whose roots originate in England. There are more “English” Lodges in town, but these ten proudly proclaim their Scottish heritage.