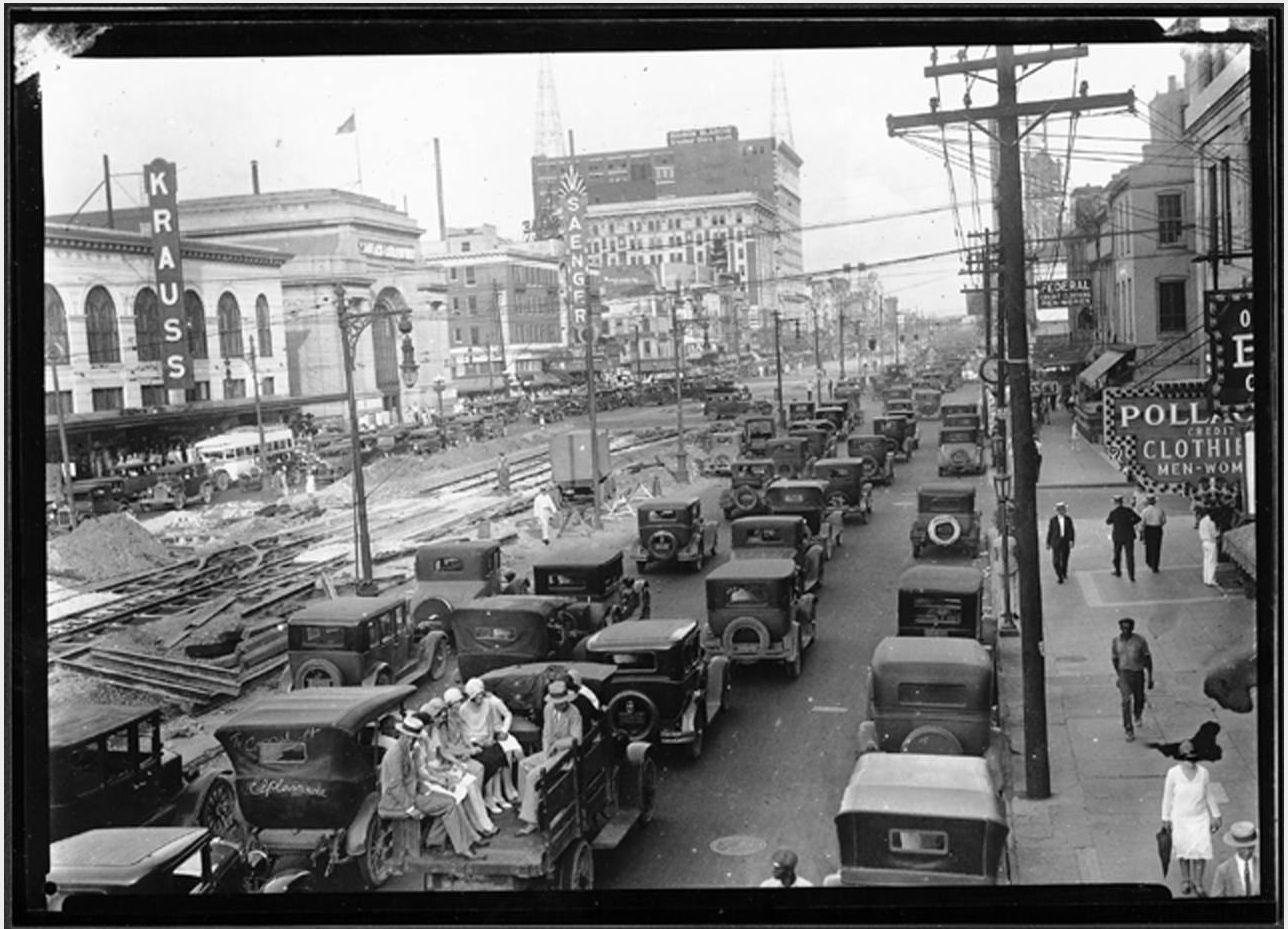 When there’s road work on Canal Street, there’s chaos downtown, to this day. 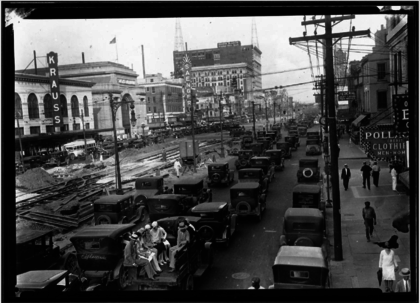 Krauss and Canal Street after the crash

From 1930, Canal Street, shot from the corner of S. Liberty. Just off the blow that was the 1929 streetcar strike, NOPSI and City Hall decided the best way to get folks back on public transit was to rip up the city’s main street. This was the “Beautification Program” of 1930. Krauss is on the left side, with Terminal Station next to it on the other side of Basin Street. So, if you look closely, you’ll notice that the “fleur de lis” lamp poles in the neutral ground aren’t there in this photo. The poles and fixtures you see here are the last thing replaced in this round of Canal Street improvements.

You can see Maison Blanche looming over the rest of Canal Street, If the MB building seems like it’s even more dominant in these photos from the late 1920s/early 1930s, that’s likely due to the big radio towers on the front and rear of the thirteen-story building. The top floor of MB was the studio for WSMB-AM. MB removed the rooftop tower a few years later, when the station moved its transmission equipment to St. Bernard Parish.

Terminal Station, right next to Krauss, was a beautiful urban passenger terminal. It was demolished in 1954. So, that year, 1954, was the first time since 1907 that shoppers could walk up Canal Street and have a good view of the Basin Street side of the store. Krauss got a boost as a result of the station just across the street.

Because of the road work and financial decisions by the company in 1929, 1930 was one year shy of some big innovations and improvements to Krauss Department Store. Air-conditioning and the Luncheonette come to the store in 1931.

We’re not quite sure what we’re going to do yet in terms of the run-up to the drop of Krauss: New Orleans’ Value Store this fall, so keep an eye here and on Facebook for photos, ad clippings, and other Krauss tidbits. Additionally, we’ll be coming up with other creative ideas to keep you anticipating the release of the book. So, stick around! It’s going to be fun. So many photos of Canal Street are shot looking from the river up towards the cemeteries. We’re going to post more Krauss-to-the-river photos, because it gets you thinking.