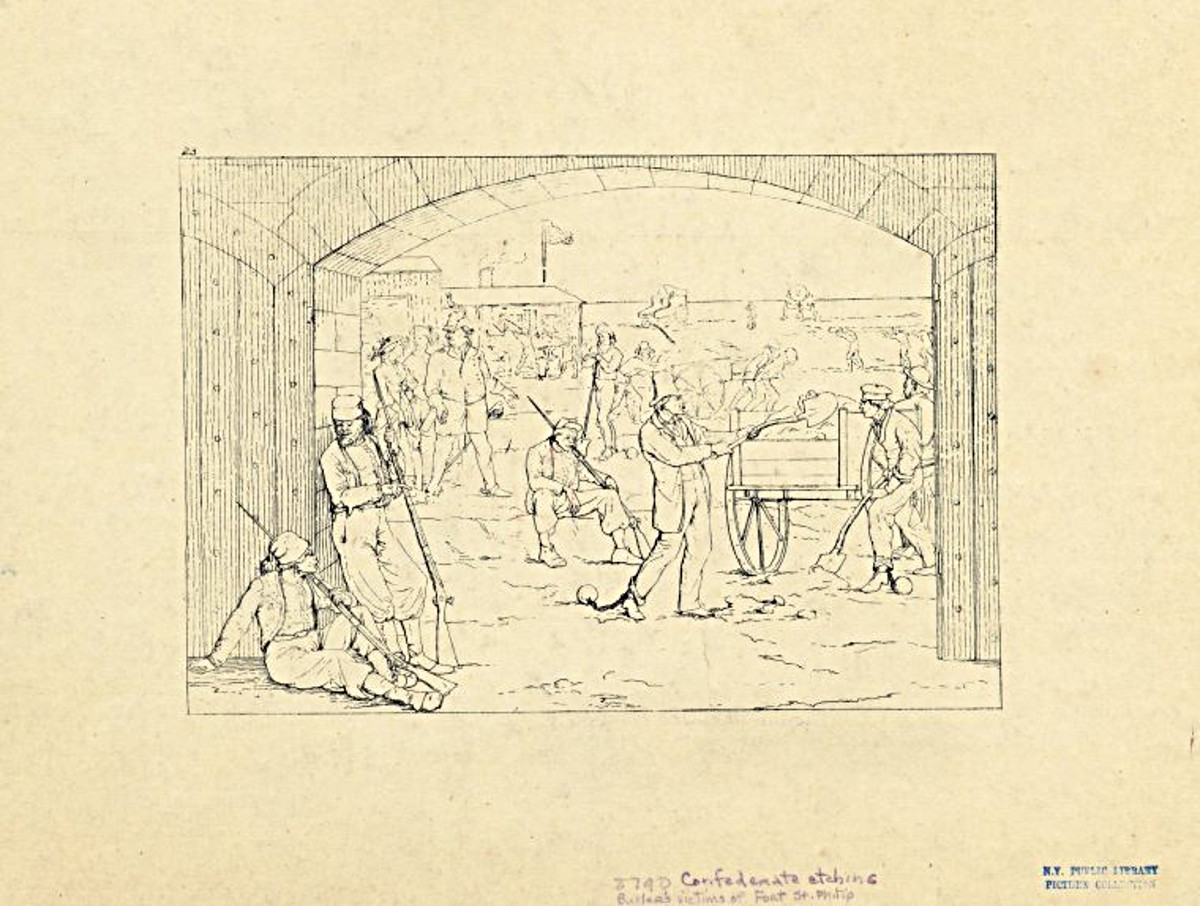 Ft. St. Philip and the attack on New Orleans 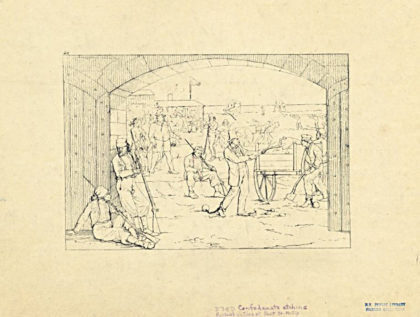 This image, from the New York Public Library Digital Collection, is interesting for its caption.

“Butler’s Victims of Ft. St. Philip” indicates that this was a Confederate-friendly publication, rather than one like Harper’s. A Union publication would have referred to these men as “prisoners” or “rebels.”

Flag-Officer David Farragut’s squadron passed Ft. Jackson and Ft. St. Philip on 23-25 April, 1862. The city of New Orleans surrendered on April 25th. Major General Benjamin Butler’s army followed behind Farragut’s ships. They occupied the forts, then moved north to the city. By May 1, 1862. New Orleans was occupied, and Butler was in command. Farragut moved his force further up the Mississippi to prevent any attempt to re-take the city.

One of the greatest miscalculations of the Civil War was the decision by the Navy Department of the Confederacy to rely almost exclusively on the two forts to defend New Orleans. Jefferson Davis endorsed the notion that an attack from upriver was much more likely than an assault coming up from Southwest Pass. The Union Navy came to New Orleans with a squadron of mortar-vessels. They bombarded Ft. St. Philip and Ft. Jackson for days. Farragut then brought his ships upriver, passing the forts. Once passed the forts, the Union Navy was in a position to reduce New Orleans to rubble. The Confederate Army in New Orleans retreated to the north. The Union forces demanded the city’s surrender. The city leaders had no choice but to give it.

Battle at the forts continued

Even after Farragut passed the forts, Brigadier General Johnson Duncan refused to surrender them. While the officers were defiant, the men were not as sure of their cause. The men defending Ft. St. Philip were volunteers from militia units formed in Southern Louisiana. Most of the more-established units had already gone north, to join the Army of Tennessee or the Army of Northern Virginia. The men left defending New Orleans hoped they would be safer in the forts. These battalions also included Irish and German volunteers. These immigrants were not heavily invested in a Confederate victory. They just wanted the port re-opened so they could return to paying jobs.

So, when Duncan refused to surrender, the Union bomb-vessel squadron resumed its attack. The garrison at Ft. Jackson mutinied on 29-April. Butler’s troops moved in on both sides of the river.

The Louisiana militiamen who did believe in the rebellion were kept as prisoners of war at Ft. St. Philip. That’s the point where this illustration was drawn.