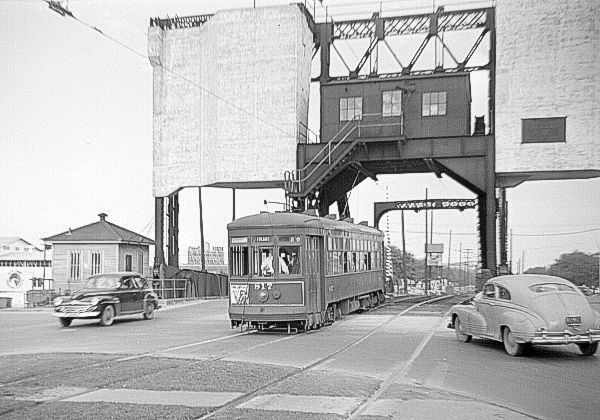 I was truly surprised when I mentioned “riding the belt” at my “Second Thursday” lecture for the Friends of the Cabildo earlier this month, and nobody knew the term. Now, I’m 58, and the St. Charles/Tulane belt service ended in 1950, but there have always been folks older than me who remember this. 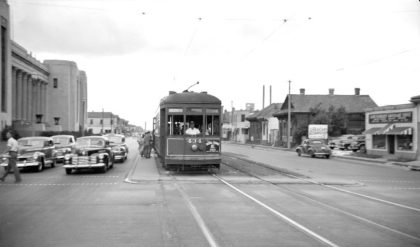 Belt service was practical. The idea was for streetcars to run in a loop. Cars on one line would go in one direction, cars on the other line in the opposite direction. So, from 1900 to 1950, the St. Charles line went outbound. Starting at Canal and Rampart:

The cars whose roll boards said TULANE ran this in reverse, Elk to Tulane to S. Carrollton. Then, left turn onto St. Charles, inbound to Lee Circle. Curve around Lee Circle to Howard, then right turn on Carondelet (since St. Charles between Canal and Lee Circle is one way the other way). Left turn at Carondelet and Canal to Rampart. 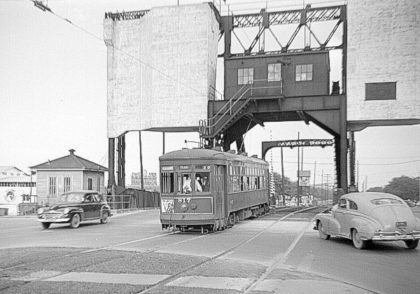 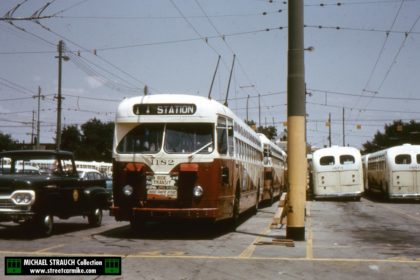 Belt service was discontinued in 1950, when the New Basin Canal was filled in, forcing changes in roads and traffic patterns. Tulane line converted to trackless trolleys in 1950. St. Charles was re-configured to its present-day route. 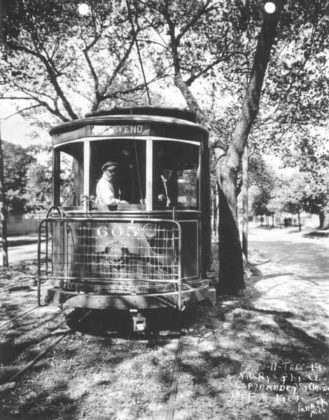 Riding the belt also was a thing on the downtown side of Canal, from 1903 to 1931. The Canal and Esplanade lines ran streetcar belt service as follows:

Equipment on the Canal/Esplanade belts was Brill double-trucks until 1915, then American Car Company “Palace” cars.

Streetcar belt service on Canal/Esplanade was discontinued in 1931. After the “beautification program” of 1930, The Esplanade line was converted to bus service.

Thanks to George Friedman and Streetcar Mike Strauch!