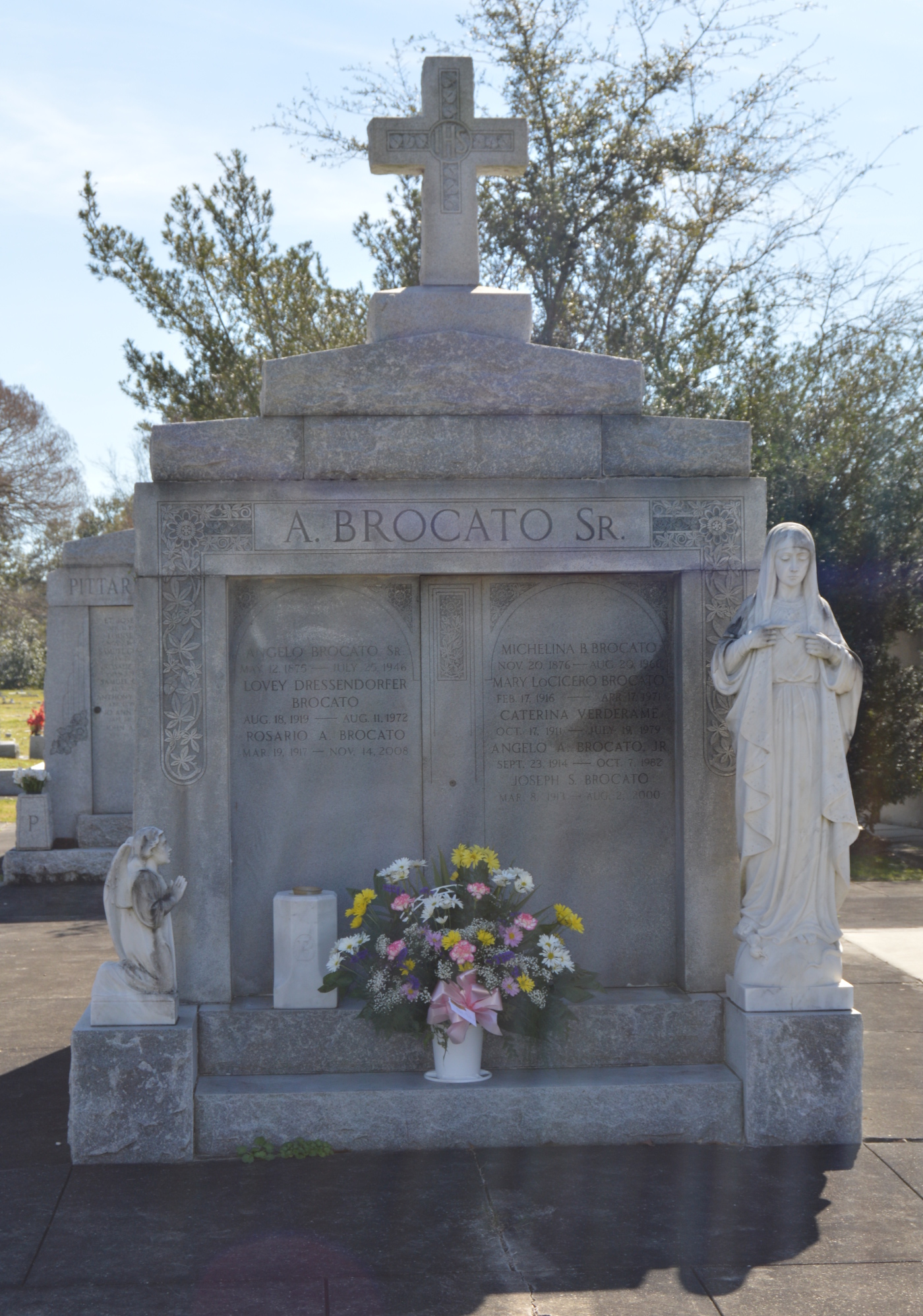 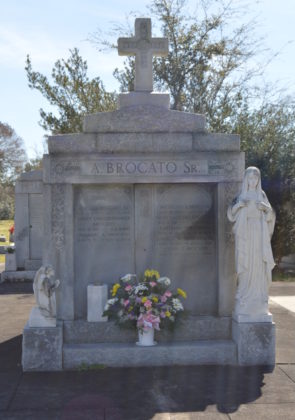 Angelo Brocato, Sr, was born in Cefalù, Sicily, on May 25, 1875. At the age of twelve, he apprenciced in an ice cream shop in the Sicilian city of Palermo. Brocato emigrated to the United States, coming to New Orleans, where he plied his trade. He soon opened his own shop, on Decatur Street. At this time the Italian groceries like Central and Progress were anchors on Decatur Street. The French Market was across the street. So, this combination was perfect for an ice cream shop. That shop grew in popularity. By 1905, Brocato needed a bigger location. He moved the shop to the 500 block of Ursulines Street. Brocato’s clientele kept growing, to the point where Angelo moved the shop in 1921, to 612-614 Ursulines. This location is now occupied by the Croissant d’Or coffee shop. You can still Angelo Brocato’s name in the tiles at the front door.

From the French Quarter to Mid-City

Brocato’s sold their ice cream and pastries at 612-614 Ursulines from 1921 to 1978. The family purchased a building on N. Carrollton Avenue that year. Much of the Sicilian community moved away from the French Quarter to Mid-City in the early 1900s. Still, Brocato’s stayed for over fifty years. Now, the shop is a Mid-City institution. Angelo Sr’s ice cream, along with his Italian Ices, fig cookies, cannolis, and other goodies define Mid-City. The French Quarter store closed in 1981. The family returned to the Quarter in 1984. Brocato’s opened a second store in the Lower Pontalba Building, at the corner of Rue Chartres and Rue St. Ann. This shop closed after the 1984 World’s Fair closed.

Angelo Brocato, Sr passed away on July 25, 1946. He was buried in Metairie Cemetery. His son, Angelo, Jr, continued to run the business until his death in 1982. Angelo Jr is also buried in the family tomb.

The Brocato tomb is typical of many “double tombs” in New Orleans. The BVM statue is a common addition on tombs owned by Catholic families.