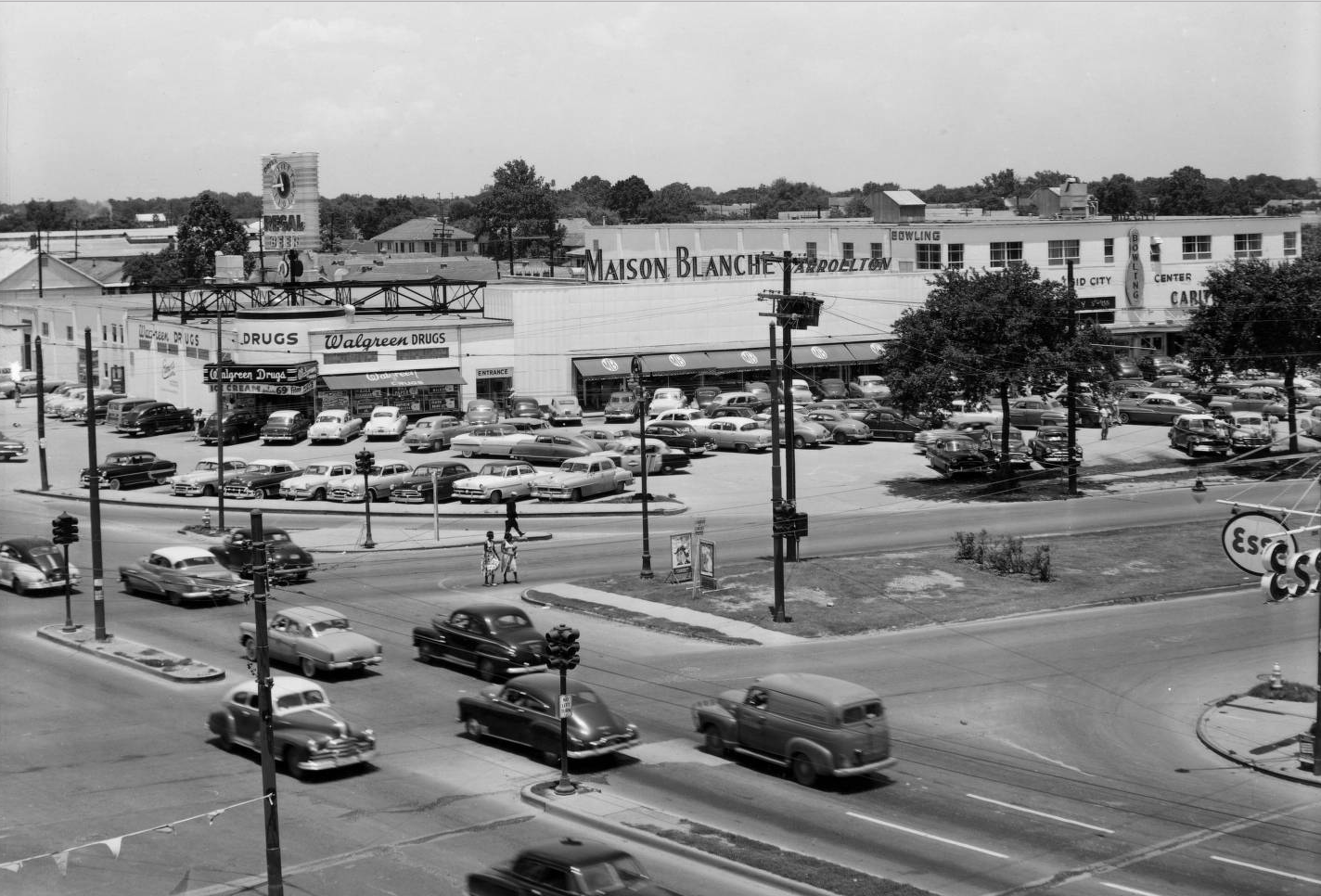 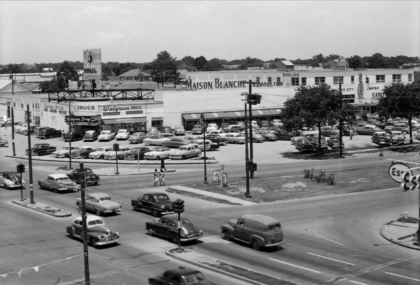 Mid-City began to grow as a neighborhood in the 1860s. That’s when the New Orleans City Railroad extended the Canal Street streetcar line to the cemeteries. By the beginning of the 20th Century, the Sicilian community outgrew the French Quarter and Faubourg Treme. So, they moved to Mid-City. The New Basin Canal attracted businesses and light industry along its banks. Consequently, those businesses made the neighborhood attractive for others who didn’t need to be on the canal but benefited from the being in the neighborhood. Naturally, workers at these businesses wanted a shorter commute. So, families left the city’s “original” neighborhoods.

Therefore, by World War II, Mid-City New Orleans was an “established” neighborhood. St. Anthony of Padua Parish, on Canal and S. St. Patrick Streets, was twenty-five years old. So, the corner of  Canal Street and Carrollton Avenue was already a commercial nexus. As the war effort began to ramp up in the first half of 1942, more folks moved to Mid-City. Higgins Industries opened several plants, in Lakeview and near City Park. More families moved closer to work.

New Orleans enjoyed the post-war boom, like the rest of the nation. Therefore, men and women took advantage of the GI Bill to continue their educations. They built houses in the suburbs with Veterans Administration loans. The Interstate Highway System didn’t exist in the late forties. The main access to Metairie was US 61, Airline Highway. Developers knew the city planned to fill in the New Basin Canal. That meant getting to Mid-City from Jefferson Parish via Airline was even easier. Tulane Avenue connected the CBD with Mid-City, Airline Highway connected the ‘burbs with the neighborhood. A new commercial nexus was born.

Maison Blanche recognized this connection. The store’s management knew the Airline-Tulane-CBD route made it simple to get to Canal Street. While that was appealing, going to town was still a bit of a drive. Maison Blanche expanded to Mid-City New Orleans in 1948. So, they opened the store you see in this photograph. As a result, after 51 years of operation on Canal Street, Maison Blanche became a chain.

MB Carrollton sold the same merchandise as the main store. The store’s delivery network already reached out across the metro area. The second store allowed shoppers to cut back on their drive from Metairie.

Maison Blanche continued to expand beyond the CBD and Mid-City. D. H. Holmes followed MB, reaching out to the suburbs as well. Krauss Department Store chose not to. Krauss remained a one-store business until is closure in 1997. Maison Blanche Department Stores no longer exist. While malls dominated in the 1960s and 1970s, MB Carrollton became a budget store. The Mid-City location is now a Nike shoe/clothing outlet. The main store on Canal Street is a hotel.

On October 30, 1897, S.J. Shwartz, Gus Schullhoefer, and Hartwig D. Newman―with financial backing from banker Isidore Newman―opened the Maison Blanche at the corner of Canal Street and Rue Dauphine in New Orleans. Converting Shwartz’s dry goods store into the city’s first department store, the trio created a retail brand whose name lasted over a century. In 1908, Shwartz tore his store down and built what was the city’s largest building―13 stories, with his Maison Blanche occupying the first five floors. The MB Building became, and still is, a New Orleans icon, and Maison Blanche was a retail leader in the city, attracting some of the best and brightest people in the business. One of those employees, display manager Emile Alline, created the store’s second icon, the Christmas character “Mr. Bingle,” in 1947. Mr. Bingle continues to spark the imagination of New Orleans children of all ages. Even though Maison Blanche has become part of New Orleans’s past, the landmark Canal Street store lives on as the Ritz-Carlton Hotel.