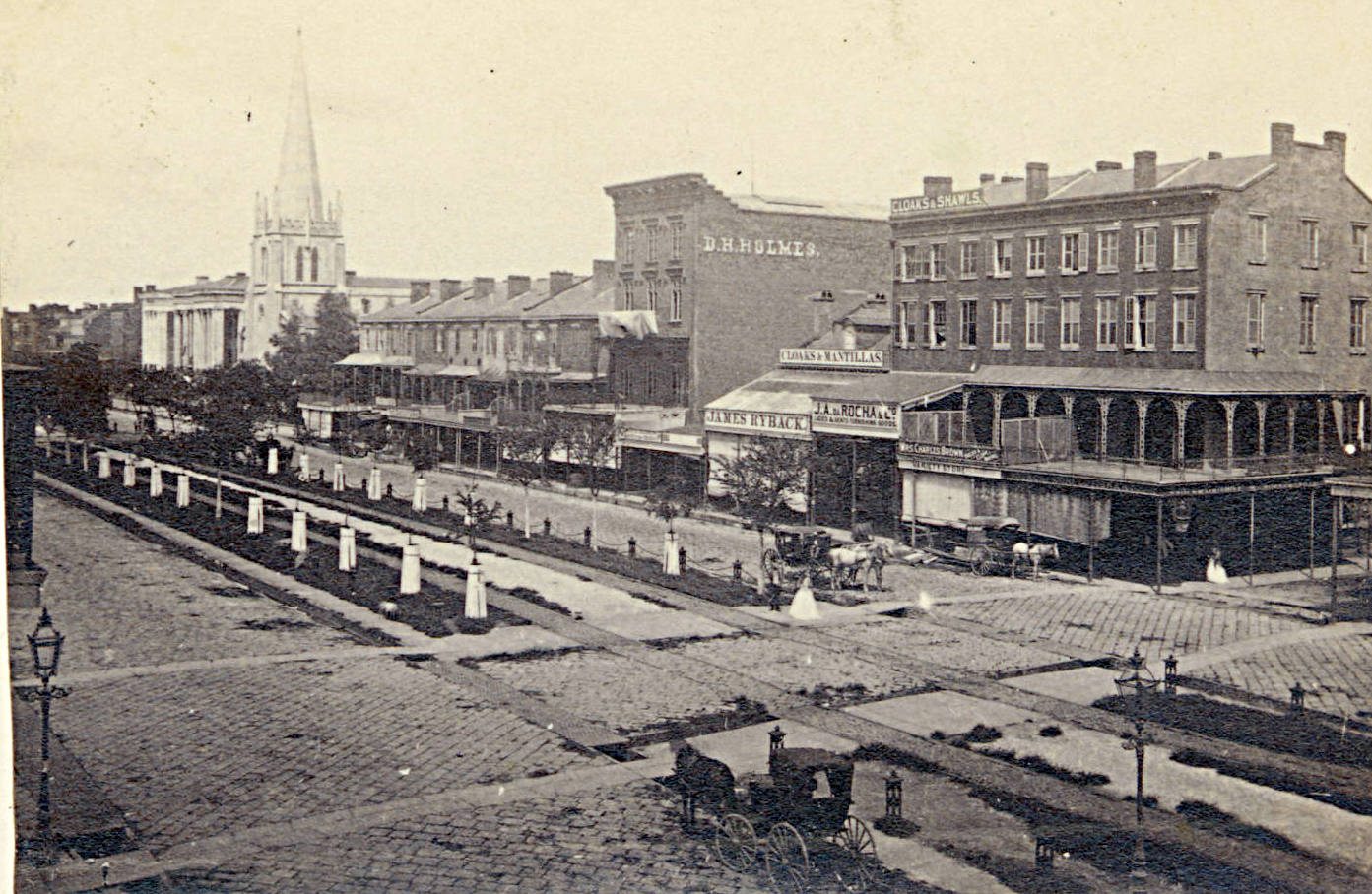 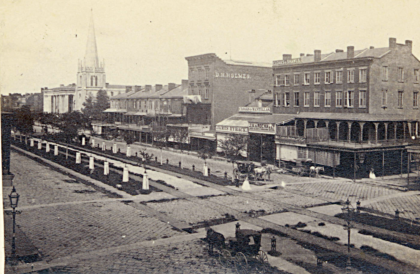 The Canal Streetcar line is about three years old at the time of this photo. None of the mule-drawn, “bobtail” streetcars appear here. The greenery on the sides of the Canal Street neutral ground isn’t grown-out yet, so the tracks are visible.

The photographer, William D. Mcpherson, is upstairs in a building in the block between Carondelet Street and St. Charles Avenue. That’s Christ Episcopal in the top left, at the corner of Canal and Dauphine. It’s only seven years old in that photo. It’s the second church the congregation built, moving to Dauphine from Bourbon when Judah Touro made them an offer they couldn’t refuse for their location at Canal and Bourbon.

The anchor on the block is Daniel Henry Holmes’ dry goods store. It was twenty-four years old in this photo. D. H. Holmes wouldn’t become a full-blown “department store” for another forty years, but the Irishman already made his mark on Canal Street by the 1860s. Shopping on Canal Street wouldn’t go further up Canal for another 20 years, and wouldn’t reach the end of the French Quarter until the 1900s, with Krauss Department Store.

By June of 1864, New Orleans was two years under Union occupation. The blockade of the United States Navy was long over. Trade and commerce coming in through the port was back in full swing. While the city was unable to move goods out of New Orleans because of the war, the city no longer suffered from being cut off from the rest of the world. The well-documented tensions between the Union army and the locals were in full swing, but the immigrant laborers who worked along the river were back at work.