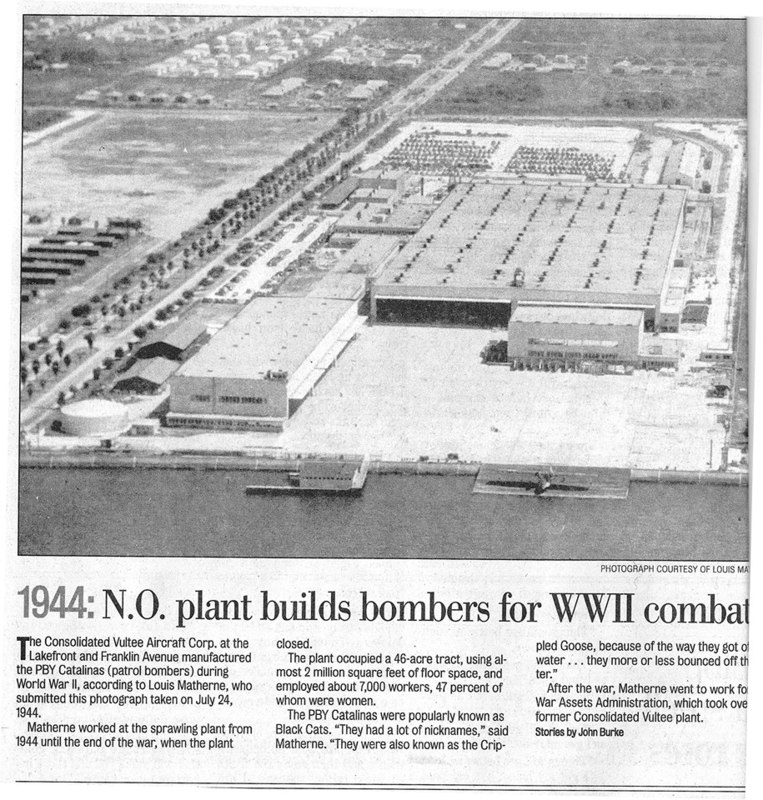 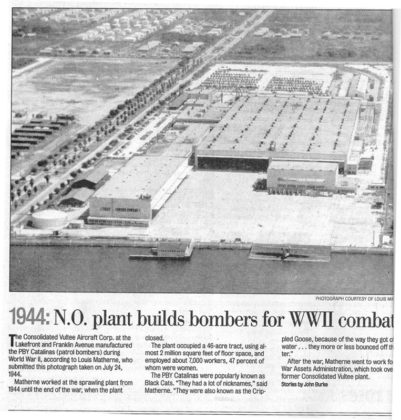 1944 Times Picayune photo of the Consolidated plant in Gentilly

When the United States entered World War II, New Orleans stepped up immediately. The Lakefront became the nexus of war manufacturing. Higgins Industries and Consolidated Aircraft (now Convair) led the way. The US Navy built a Naval Air Station on the lakefront, in MIlneburg. Therefore, it made sense to build aircraft manufacturing near the base. Gentilly  was about the PBY. 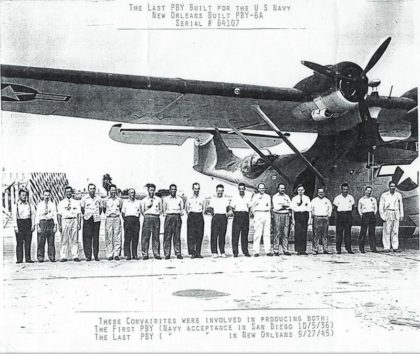 The last PBY built in Gentilly

The Consolidated Aircraft Company built seaplanes for the US Navy in WWII Gentilly. As the war went on, other planes were built at the lakefront facility, but the PBY scout planes were the plant’s big product.

Recruiting for Consolidated during WWII

WWII Gentilly needed workers! Not only did New Orleanians rise to the challenge, they moved out to the neighborhood. Living close to work was easy in Gentilly. Many families built homes in the area during the war. So, after the war, Gentilly experienced a serious housing boom. Men and women coming home from the war saw the area as a great area to start their families.

While the PBY was an important part of the Navy’s push forward in the Pacific, there just wasn’t the same need for the search planes. Consolidated closed the plant. WWII Gentilly needed to switch to peacetime. The aircraft plant was sold to the plumbing supply company, American Standard. 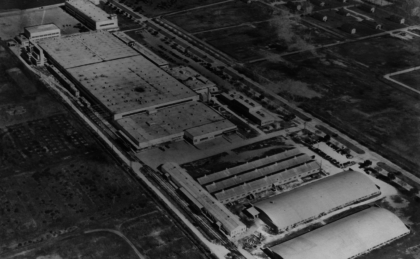 American Standard Gentilly was a major contributor to the local economy into the 1980s. 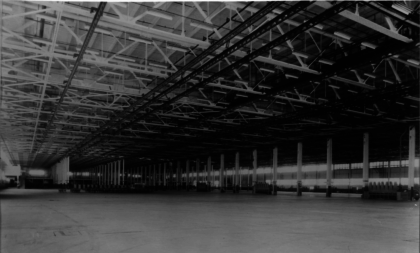 The plant continued going strong for almost thirty years The high-end residential neighborhood next door, Lake Oaks managed to co-exist with the manufacturing plant next door. The folks of Lake Oaks saw the amusement park, Pontchartrain Beach to be the “noisy neighbor” in the area. 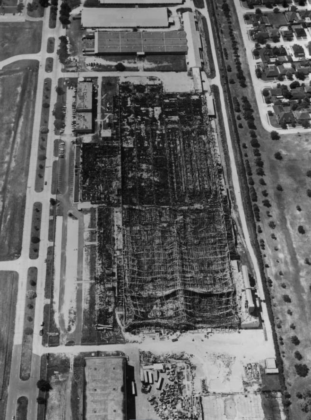 In June of 1985, a fire spread throughout the facility, burning the plant to the ground.

American Standard Gentilly was a total loss. The charred remains of the plant were removed. The Orleans Parish Levee District re-located their “field yard” — their vehicle maintenance yard, to the site.