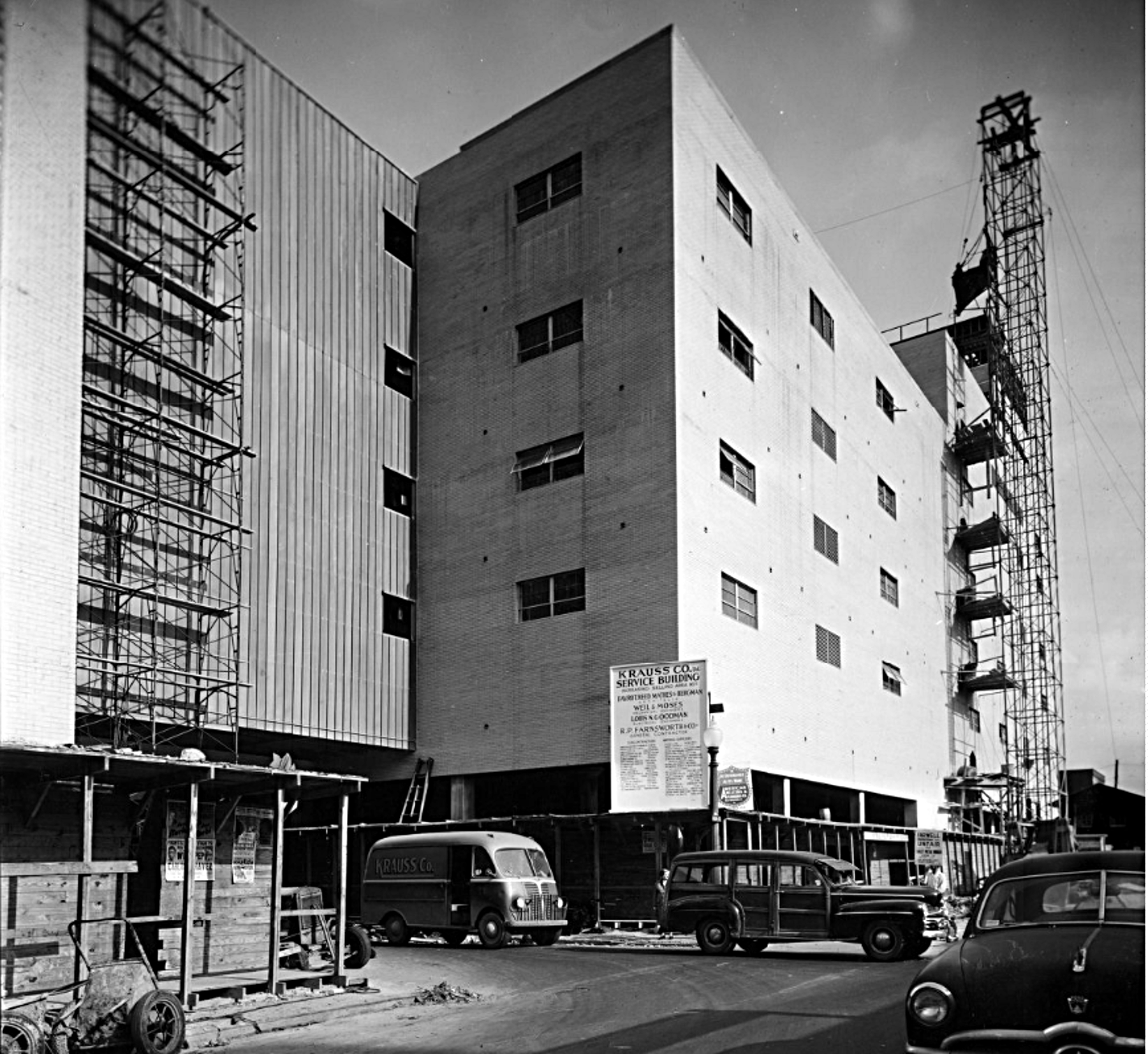 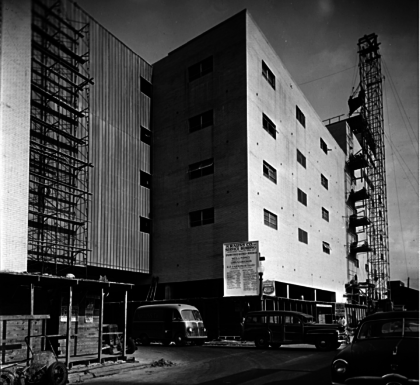 While it was a huge store, Krauss Department Store wanted more space for shopping! This service building was a long time in planning. Krauss broke ground on the project in 1950. It opened for business in 1952. This Franck Studios photo, from February 28, 1952, shows the Krauss service building with its exterior complete. Management chose the R.P. Farnsworth construction company to build the expansion.

So, the plan for the expansion called for a building occupying the block directly behind the store. A multi-story connector joined the main building to the new expansion. The connector enabled Krauss to move physical plant services, such as electrical and air conditioning to the expansion. Combined with moving stockrooms, the new building freed up over 95,000 square feet of space in the store building. That increase in retail sales space was a major boon for Krauss.

Leon Heymann began making real estate moves to secure the block from Canal to Iberville Streets, and the block from Iberville back to Bienville Streets in the 1920s. He didn’t want to create a situation where property owners would have him over a barrel. Therefore, buying up the blocks was a slow process. By 1940, Heymann acquired all of the necessary property, and was ready to start the expansion process. He tapped his brother-in-law, Leon Wolf, and his son, Jimmy Heymann. The pair discussed building back into the second block with architects, and contractors. Wolf and Jimmy traveled to other cities, checking out the physical plant facilities other stores used. Their goal was to create a modern expansion building for Krauss that would turn the main building into more floor space for shoppers.

While the management team was ready to go, their plans ended up on hold in 1941. The United States entered World War II. It wouldn’t be until 1950 before things settled down enough that the Heymanns and Wolf felt the capital expense was practical.

The Krauss service building remained in operation until the store closed in 1997. It was converted to condominiums as part of the 1201 Canal development.