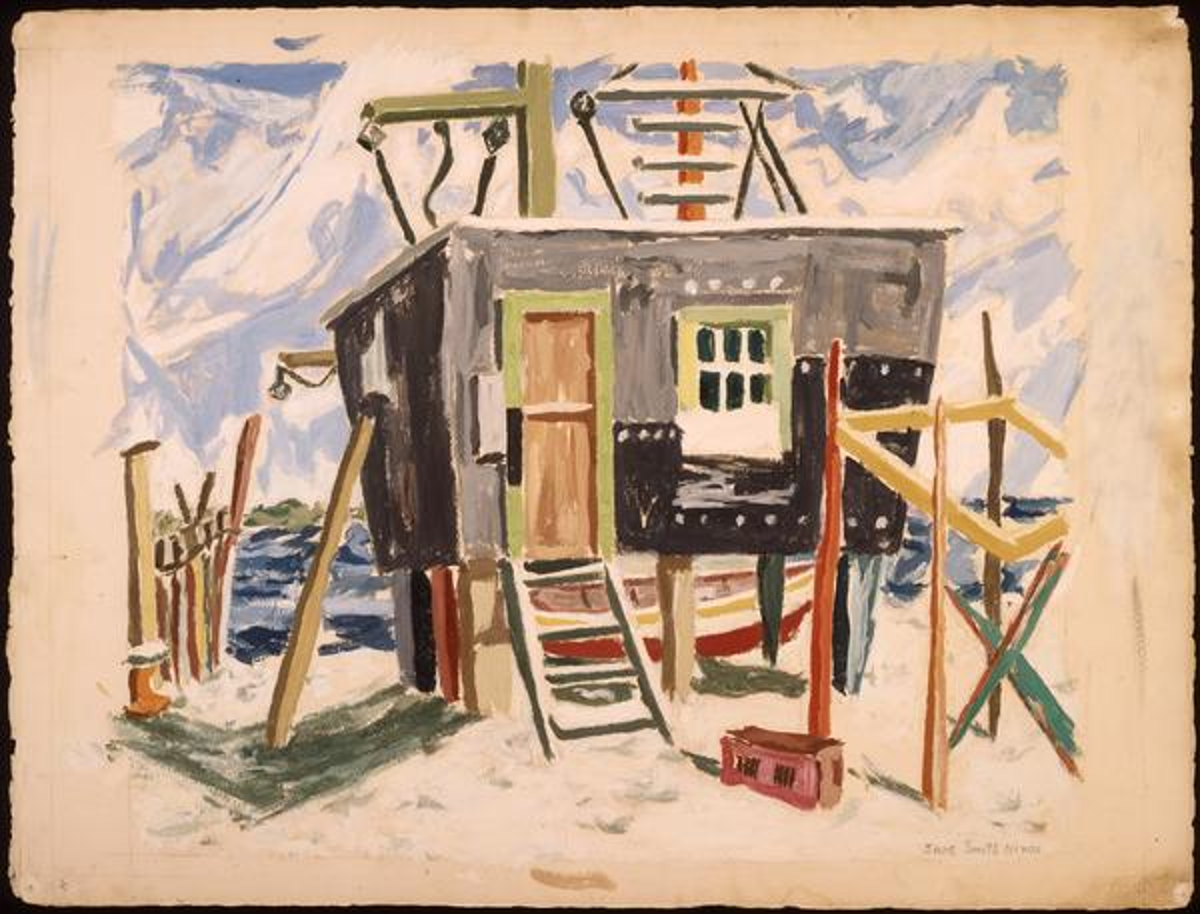 Fishing Shack in the Rigolets 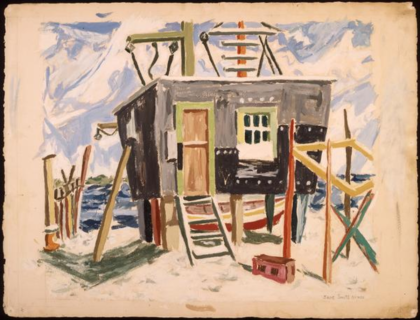 Fishing Shack in the Rigolets, 1943, by Jane Smith Ninas

I spent some time this afternoon, looking in a couple of photo collections for local Radio Shacks. It’s part of a new project, a Facebook group for sharing memories of New Orleans stores. The name of the group is New Orleans Shopping, so please feel free to click through and join. So, I didn’t come up with any Radio Shack photos right off, but I did come up with a lot of “shacks”. This painting caught my eye, thought I’d share.

We’ve got fishing camps (no Realtor is going to call your grandpa’s camp a “shack”) all over Southeast Louisiana. Some are simple, others are palaces out in the wetlands. The Rigolets pass, along with Chef Menteur Pass, are the two bodies of water connecting Lake Pontchartrain with Lake Borgne. Lots of good fishing and crabbing out along those passes.

Ninas’ painting includes many of the components one would expect in and around a local fishing camp. It’s raised on pilings. Around the shack are various dockside items for keeping and maintaining small fishing boats The shack is on the ground, next to the pass. While most fishing camps on the lake are over water, this shack is on the shore..Usually, a pier connects the camp to shore. Owners of fishing camps in te 1930s-1940s likely kept their boats by the camp. So, there’s a hoist behind the shack, where the boat could be raised. They could work on the boat while out of the water. It’s also a good way to secure the boat, raise it up, then lock down the hoist. These days, it’s more likely the owner puts their boat on a trailer and bring it home.

Jane Ninas, nee Smith, is the artist. She married artist Paul Ninas, in 1933, but then left him and married photographer Walker Evans. She passed away in 2005, at the age of 92.