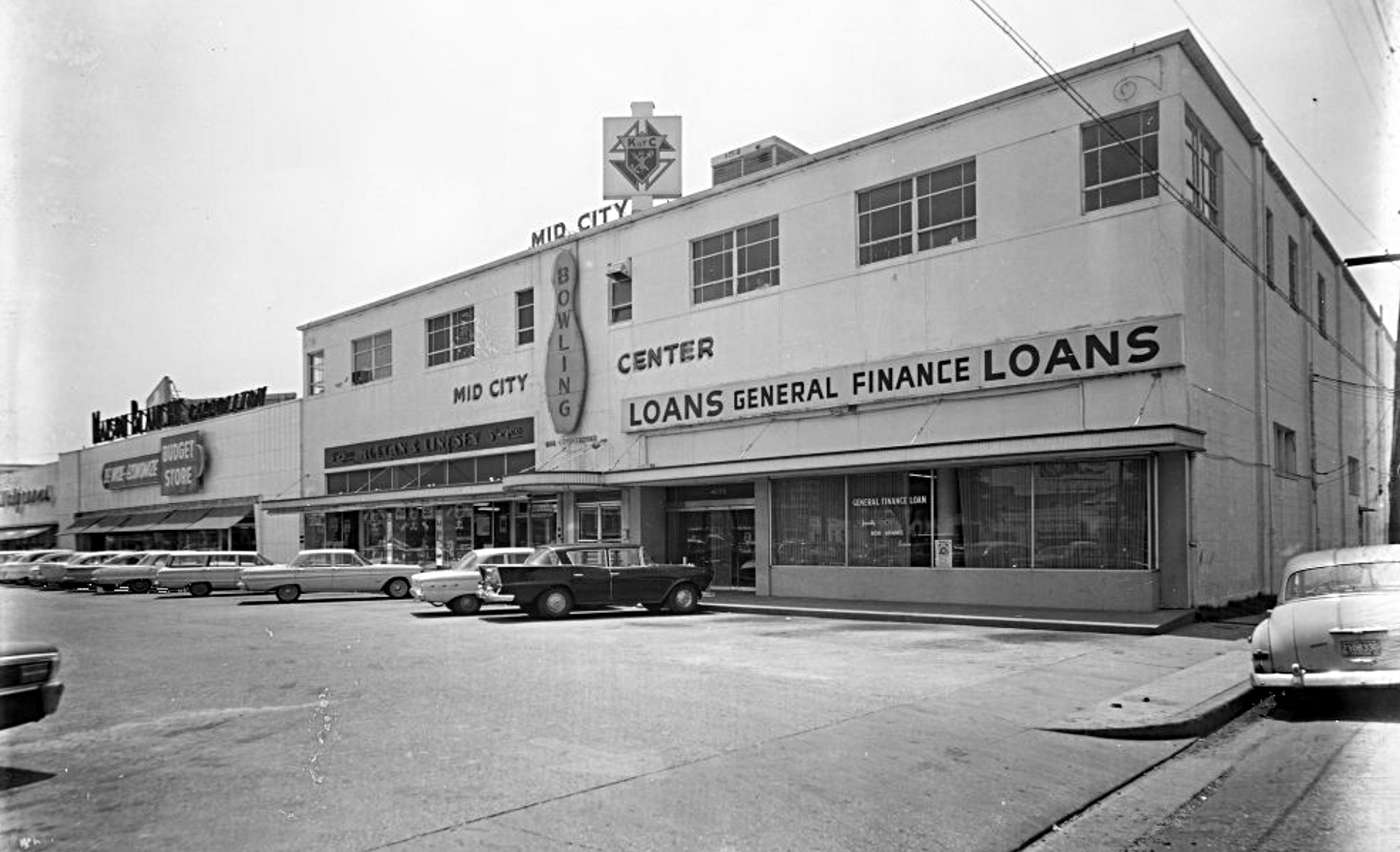 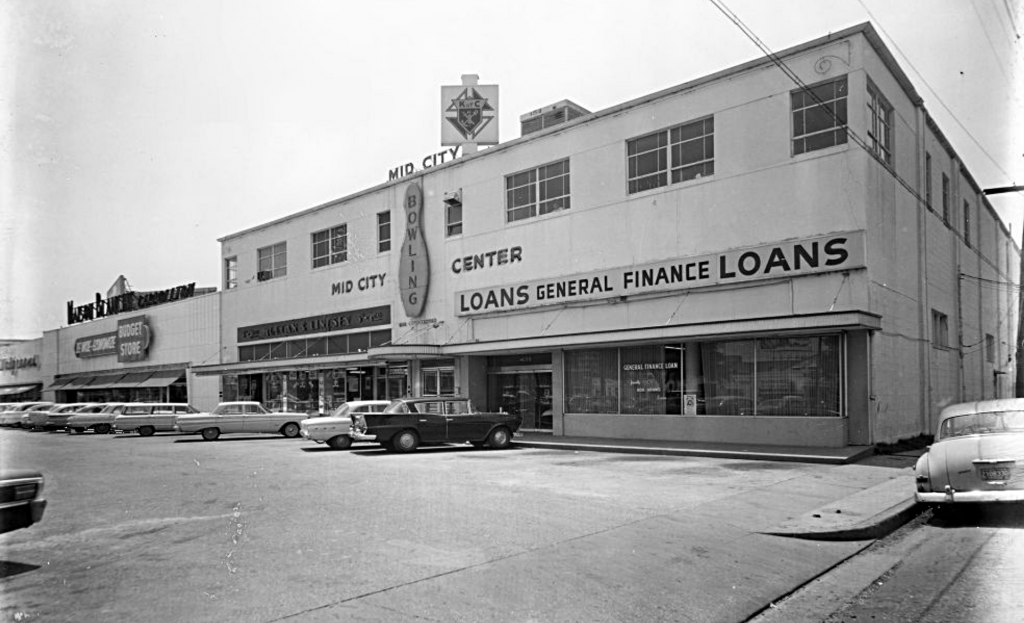 This 1964 photo of the strip at S. Carrollton and Tulane shows the transition of the Maison Blanche store at that location. The store opened in 1948, as the company’s first store away from Canal Street. The location appealed to many New Orleanians. Uptowners could come down Carrollton, Mid-City folks were right there, and the folks moving out to Metairie.

As more and more people moved out to Metairie, Maison Blanche followed them. The company opened a store on Airline Highway, in the Airline Village Shopping Center, in 1955. MB Airline was much larger than the Carrollton store, so shoppers went there more. As sales dropped off at Carrollton, the company shifted its focus. They made Carrollton a “budget” store. The company also converted the store in Gentilly, at Elysian Fields and Frenchmen. The Gentilly Woods store made the Frenchmen location redundant.

Interestingly enough, the two stores that replaced the original locations ended up replaced themselves. MB Airline closed after Clearview Mall opened, and MB Gentilly Woods closed after the company opened a store at The Plaza at Lake Forest. You can find the entire story in Maison Blanche Department Stores.

In addition to discontinued new merchandise, theMaison Blanche Budget Store Carrollton (and Gentilly) also sold the company’s “debits”, the items returned by customers. When a customer returned an item, the department’s managers would determine if they could simply put that blouse or pair of trousers back in stock, or if it was worn/damaged. If the item wouldn’t work back in stock, it would be considered a “debit” and returned to Canal Street. From there, the assistant buyers evaluated the items again. Items that could be sold at a discount made their way to the budget stores.

This Franck Studios photo shows MB Carrollton in the background. Mid-City Lanes is in the foreground. The Walgreens at the end of the strip is barely visible, behind the MB.

On October 30, 1897, S.J. Shwartz, Gus Schullhoefer, and Hartwig D. Newman with financial backing from banker Isidore Newman opened the Maison Blanche at the corner of Canal Street and Rue Dauphine in New Orleans. Converting Shwartz’s dry goods store into the city’s first department store, the trio created a retail brand whose name lasted over a century. In 1908, Shwartz tore his store down and built what was the city’s largest building 13 stories, with his Maison Blanche occupying the first five floors.

The MB Building became, and still is, a New Orleans icon, and Maison Blanche was a retail leader in the city, attracting some of the best and brightest people in the business. One of those employees, display manager Emile Alline, created the store’s second icon, the Christmas character Mr. Bingle, in 1947. Mr. Bingle continues to spark the imagination of New Orleans children of all ages. Even though Maison Blanche has become part of New Orleans’s past, the landmark Canal Street store lives on as the Ritz-Carlton Hotel.