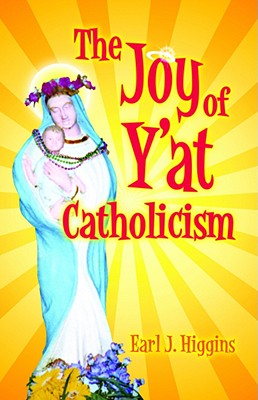 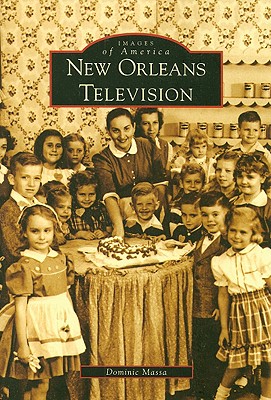 Over the next few days, we’ll be offering some suggestions for books on New Orleans History for Christmas. We’ll feature two or three books each evening. 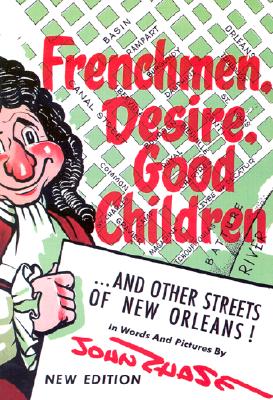 This is the first book I usually recommend when someone says, what’s a good New Orleans history book. I grew up with John Churchill Chase’s editorial cartoons, at the New Orleans States-Item newspaper and on WDSU-TV. I remember the huge history mural he drew for the lobby of the main branch of New Orleans Public Library on Loyola Avenue.

Chase’s book tells the story of the city through its streets. Just roll with it. It’s awesome.

The Joy of Y’at Catholicism by Earl J. Higgins

I first met Earl Higgins at a book signing at Loyola University in 2006. i signed my Canal Streetcar book, he this book. I’d never heard of him before. It was one of the best two hours of my life. He’s bloody brilliant. The book is, in many ways, a follow-up to Chase’s book. He uses the streets, buses, and streetcars to tell stories, but they’re tied together with Catholicism. My favorite line from the book is (paraphrasing), everyone in New Orleans is a little bit Catholic, even the Jews. 🙂

From the book’s description:

The term y’at is an affectionate nickname proudly worn by some New Orleanians. Higgins, a proud Jesuit High School blue jay and y’at, explains how all these Catholic customs and traditions have blended throughout history to create a unique lifestyle and shorthand language found only in New Orleans.

This is a great book for locals and visitors alike.

There are going to be a number of “Images of America” books in this series of suggestions, and not only because I’ve written four of them. 🙂 I love this book, because it brings back so many memories of television when I was a kid. Now that I’m approaching sixty, the memories are fuzzy. So many of the old shows weren’t recorded, so Massa’s photos make for fond recollectins.

From the book’s description:

This collection of vintage photographs highlights the history of popular programs and personalities, beginning with the city’s first station, WDSU-TV. After signing on the air in 1948, Channel 6 introduced favorites like Mrs. Muffin, The Great MacNutt, and Midday while building a news team that included local icons Mel Leavitt, Nash Roberts, and Alec Gifford.

If you’re not familiar with IoA books, they’re essentially photo collections. Easy reads, for all ages.