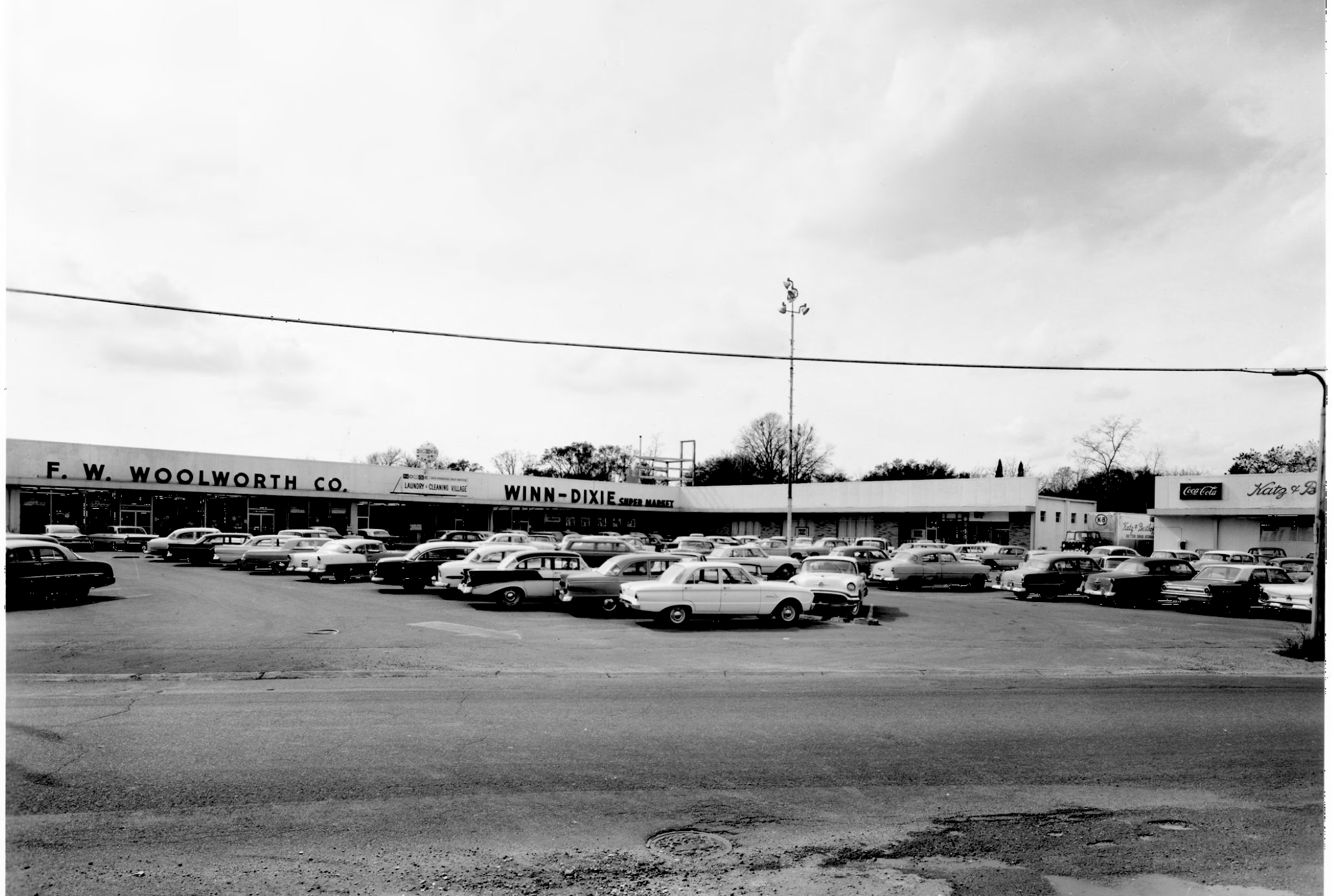 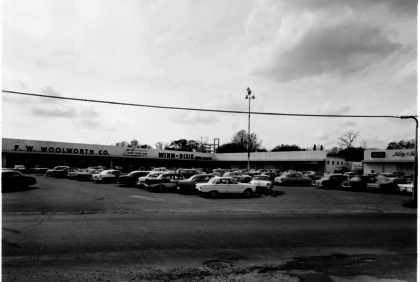 This is a Franck photo of the strip shopping center at 800 Metairie Road in 1962. I went there a bit with my parents as a kid, when we lived on Bonnabel Blvd and Dream Court. Daddy preferred making groceries at Schwegmann’s rather than Winn-Dixie, but we went to the K&B on the right-hand side of this photo a good bit.

The Do Drive In was across the street. Like all drive-ins, as property values increased, the owner usually sold out, or subdivided the property themselves. In the case of the Do, the theater was replaced by a condo development, DeLimon Place. Next to it, another shopping center appeared, Old Metairie Village.

The Katz and Besthoff shifted locations, from the right side of the shopping center to the left. This store converted to a Rite Aid when that chain bought out K&B. My memories of the drugstore are more from the 1980s. The western end of the shopping center then became a McDonald’s. When the fast food joint closed, PJ’s Coffee took over. The patio of the coffee shop still has the jail-like fence that was the “play place” from the McDonald’s. 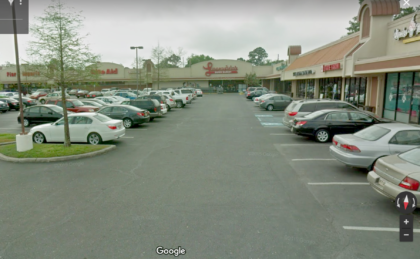 The loading dock on the side of the K&B closed in when the store moved. Now, the western side of the shopping center is home to a number of small businesses. The larger stores needed more parking and access. Maison Blanche, for example, expanded from the city to Airline Hwy.

The laundromat next to the Winn-Dixie closed at some point in the 1970s. Radio Shack took its place. I worked at that Radio Shack in 1981. I taught high school, and Radio Shack was my summer gig. The store was the smaller, neighborhood type. We set up one of the high-end audio systems in the bay window in front. I blasted the tunes and read books, sometimes for over an hour, uninterrupted. It was easy to flip down the music quickly when someone came into the store. By that fall, my friend who was the manager got promoted to the Radio Shack in Lakeside Mall. I went along for the ride, better commission.

What are your memories of 800 Metairie Road?

Support NOLA History Guy’s writing by becoming a Patron. Our goals are 100 patrons supporting us at $1 per month. When we reach this goal, we’ll be able to move forward with anthology production and publication.

Edward’s books are available at bookstores everywhere, as well as Amazon, Kobo, B&N, and other online booksellers.

For signed copies of Edward’s books, visit his online bookshop: