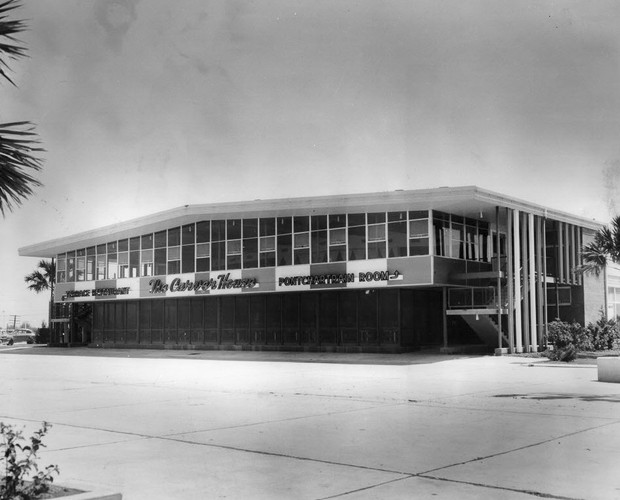 (this article is cross-posted from ArcadiaCoach.com)

Checking our Facebook group, “Ain’t There No More” (the title is an homage to a popular New Orleans song) this morning, I saw Todd Price of NOLA.com posted another of his “lost restaurant” articles. Todd’s one of the food-and-drink writers for the Times-Picayune newspaper. You’ll see me refer to the T-P as “Da Paper” occasionally. Da Paper has an extensive photo database. Todd makes wonderful use of it. Not really sure how he gets his job done, some days. One day, I’ll get Da Paper to hire me in some capacity. Then, access to all those images and articles is mine! 🙂

Most of Todd’s old restaurant photos engage readers, However, today’s article had a neat find. The photo up top is Carver House Terrace Restaurant. This was the “nice” place at Lincoln Beach, the old Jim Crow amusement park. Here’s Todd’s caption:

This is a particularly nice find, because it’s hard to come up with good photos of Lincoln Beach. Since it was the segregated park. Therefore, you didn’t have photo-bug white folks with disposable income walking around, like one would see at Pontchartrain Beach, the whites-only amusement park. Newspaper reporters didn’t go out there as much for slice-of-life segments, or people-having-fun stories. Most of the photos that are easily viewed are from after it closed, or of musicians and other entertainment acts that played to the African-American audience.

Be creative when you search

That doesn’t mean photos of Lincoln Beach don’t exist. It’s a question of refining search fields and digging in the right offline collections. In this case, Todd found Carver House in Da Paper’s restaurant files. It’s likely that the photo wasn’t tagged with a keyword for the park.

Jim Crow-era research is problematic in general, because so many of the “separate but equal” facilities were anything but. So, when the Civil Rights Act of 1964 became law, those facilities were rendered redundant. White-only facilities were far better, so black folks integrated into those. The other big problem is that Jim Crow-style segregation was outlawed 53 years ago. This photo of Carver House is from 1956. It’s over 60 years old. While archivists will save everything they get their hands on, government agencies were quick to box up segregation and put it on the shelf. Sometimes the “shelf” was the dumpster out back.

Researching Jim Crow-era subjects? Your best bet for finding photos is family photo collections. Maybe grandpa and grandma saw Fats Domino out there. Possibly they ate at Carver House. So, ask around. Somebody’s got a box of old photos in the attic.

On October 30, 1897, S.J. Shwartz, Gus Schullhoefer, and Hartwig D. Newman with financial backing from banker Isidore Newman opened the Maison Blanche at the corner of Canal Street and Rue Dauphine in New Orleans. Converting Shwartz’s dry goods store into the city’s first department store, the trio created a retail brand whose name lasted over a century. In 1908, Shwartz tore his store down and built what was the city’s largest building 13 stories, with his Maison Blanche occupying the first five floors.

The MB Building became, and still is, a New Orleans icon, and Maison Blanche was a retail leader in the city, attracting some of the best and brightest people in the business. One of those employees, display manager Emile Alline, created the store’s second icon, the Christmas character Mr. Bingle, in 1947. Mr. Bingle continues to spark the imagination of New Orleans children of all ages. Even though Maison Blanche has become part of New Orleans’s past, the landmark Canal Street store lives on as the Ritz-Carlton Hotel.