We’re going to Limmud Fest New Orleans 2018! Mr. Hugo Kahn and I will discuss Krauss – The New Orleans Value Store. The presentation is on Sunday, March 18th, 10:20am, at the Jewish Community Center Uptown. We’ll gladly sign the copy of the book you buy from Octavia Books at the event.

What is Limmud Fest New Orleans 2018?

LimmudFest New Orleans is a weekend festival of Big Tent Jewish learning, arts, culture and spirituality — all planned by volunteers. It is part of a global movement inspired by the idea that when Jews from diverse backgrounds come together to celebrate and learn about everything Jewish, the entire community is enriched.

Krauss Department Store on Canal Street is steeped in New Orleans history. Since the Krauss Brothers, their brother-in-law, Leon Heymann, and his family, and Hugo Kahn, the top-level ownership and management of the store through the years, are all Jewish, the store is a cornerstone of Jewish retail history. It’s a great topic for a weekend of Jewish learning.

Mr. Kahn is the reason the book has been so well received. When Hugo closed down the store for the Heymann family in 1997, instructed that all the stuff from the offices be boxed up and brought out to the Earl K. Long Library at the University of New Orleans. Those twelve linear feet of photos, documents, and memorabilia were essential to telling the Krauss story.

At talks and presentations I’ve done since the book dropped last September, Hugo will gladly join in. He answers questions from guests and shares his memories and thoughts on the store. For Limmud Fest New Orleans 2018, Hugo is the star, and I’m looking forward to him taking the mic. Hugo’s involvement with Krauss began in 1967, when the late Jimmy Heymann hired him as Controller. Hugo, working for Jimmy and later, his son, Jerry, ran the store, from Jimmy’s passing to the store’s closure. 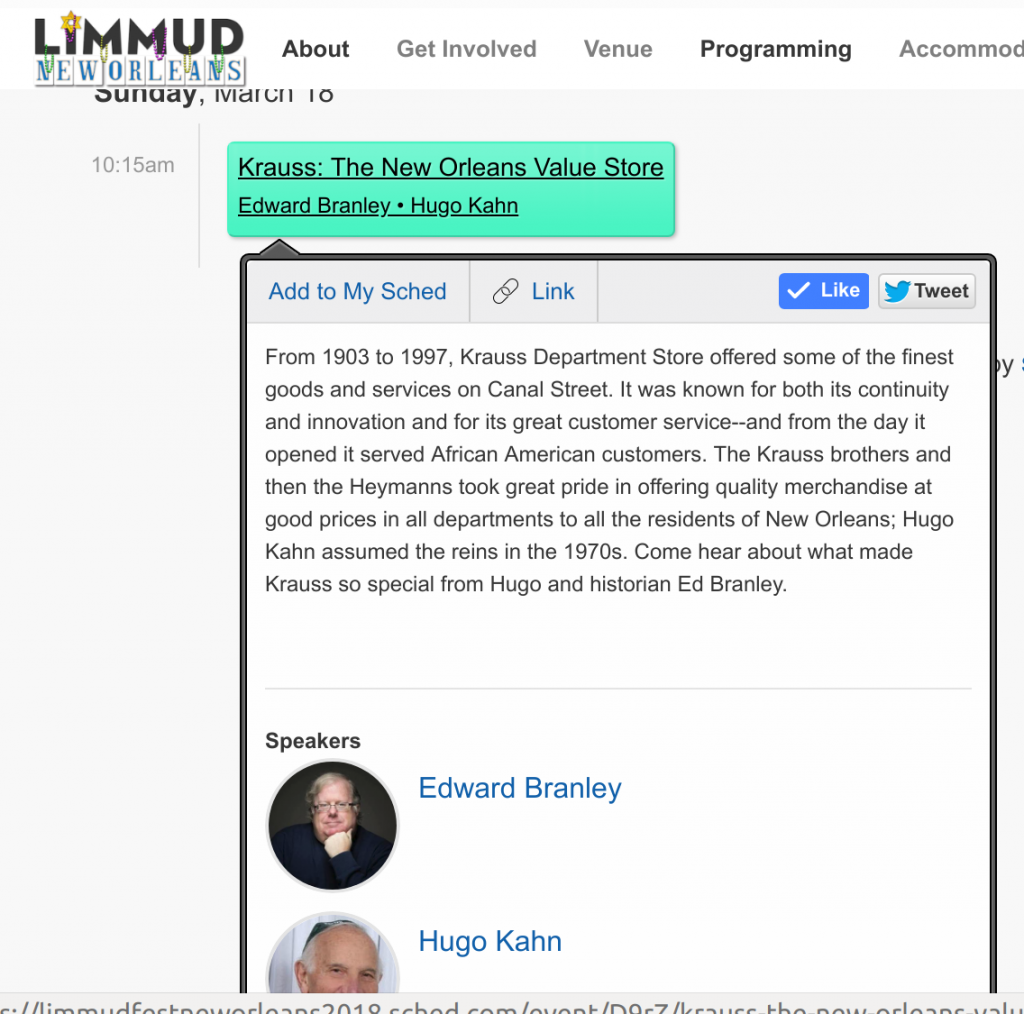 Come out and hear Hugo tell the story! I’ll be along with photos and background on the origins of the store.