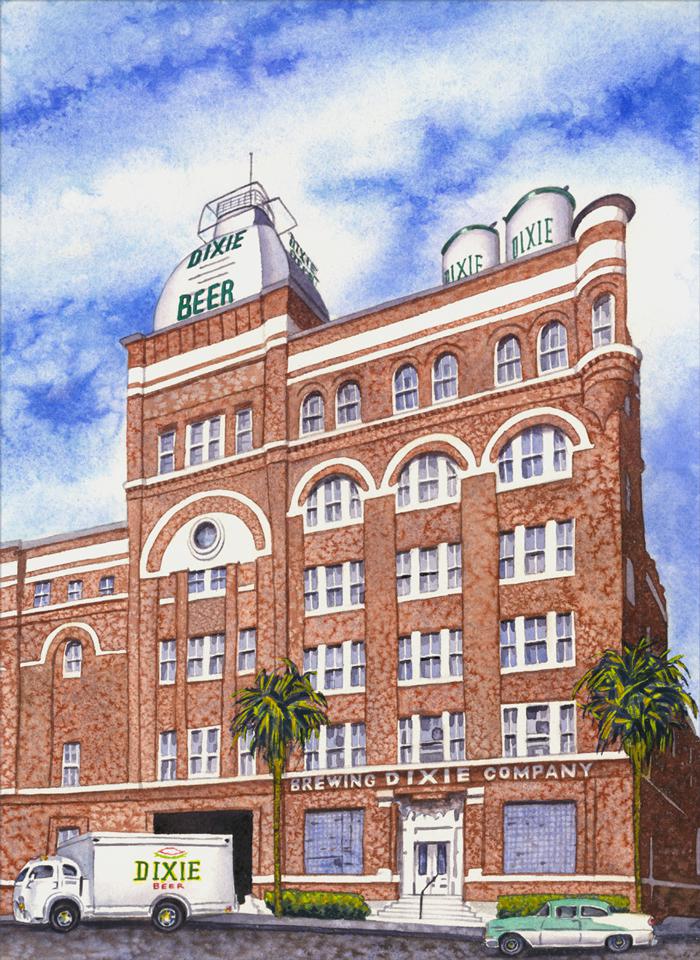 I had the pleasure of giving a talk at a private event last night, Uptown. It’s becoming an ongoing thing, and they’re lots of fun. These talks give me a chance to introduce my books and speaking to others. I also get the opportunity to introduce other creatives to new people.

Last night’s topic was Tulane Avenue. This particular street in New Orleans has had its ups and downs over the decades. We started with the Robinson Atlas map of the 1st District in 1881. Tulane Avenue didn’t even exist at that time. It was Common Street, all the way up to Claiborne Avenue.

So, the talk went through various stages in Tulane Avenue’s history, from the 1920s, through the 1930s and WWII, While we talked about “Riding The Belt“, the main section of the conversation was about the 1950s. That’s when Tulane Avenue became the “Miracle Mile”.

One of the fixtures in so many photos of Tulane Avenue is Dixie Brewery, at 2401 Tulane (corner S. Rocheblave). The brewery was founded in 1907. The location was heavily damaged by Hurricane Katrina, and is no longer used by the company.

I was looking around online for a good, older photo of the brewery to include in the talk. When I did a basic images search, one of the hits back was of Jane Brewster’s painting of the building. Jane is a New Orleans artist who captures the heart and soul of the city. I wanted to share this painting with you, and encourage you to check out the rest of Jane’s work. 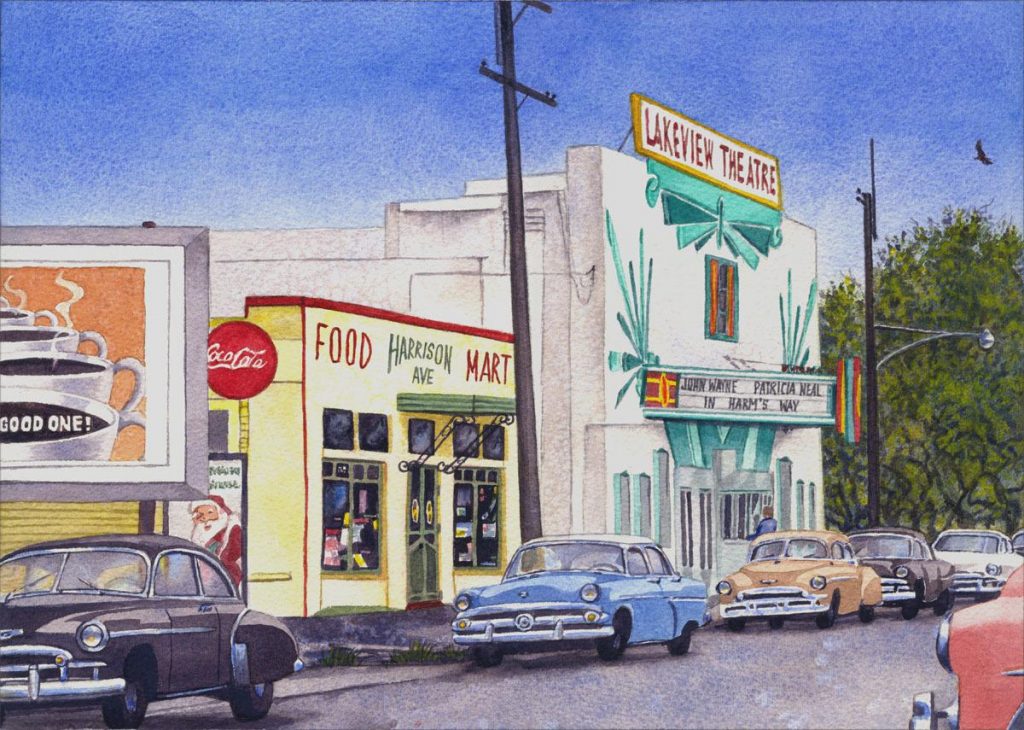 Mike Scott of NOLA dot com did an article last week on “lost movie theaters” that offered up photos from Da Paper’s archives on a number of places that are ATNM. When I shared it on the NOLA History Guy Facebook Page, folks mentioned a bunch of long-gone theaters that weren’t listed in the article. One of those was Lakeview Theater, which was on Harrison Avenue. I remember Lakeview Theater because it’s where my parents took us to see “Gone with the Wind” back in the 1960s. When I was looking on Jane’s website for the Dixie painting, I came across a her painting of the theater. I remember the building vividly, from all the drives we took from Metairie, out to my grandma’s house in Gentilly.