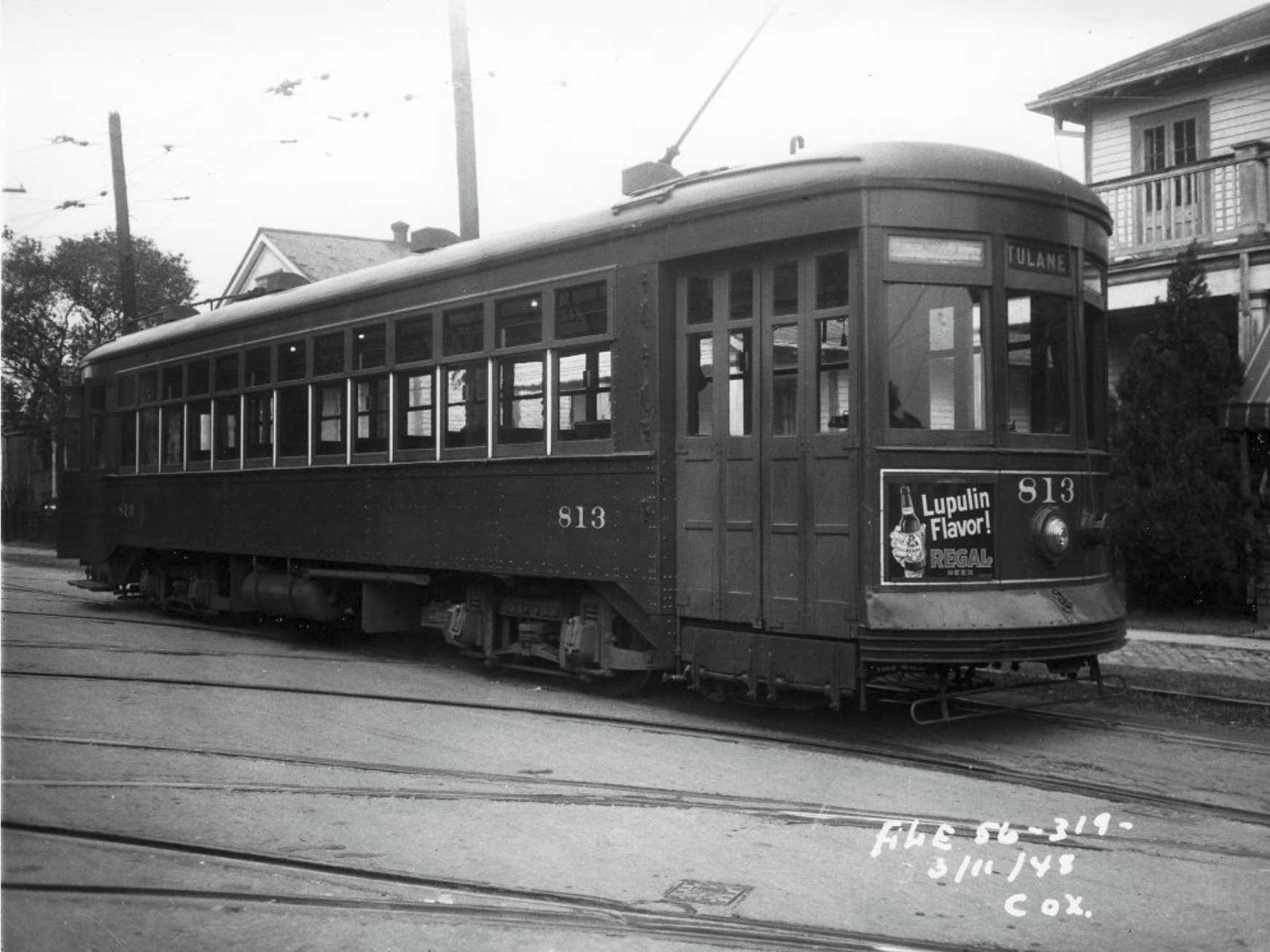 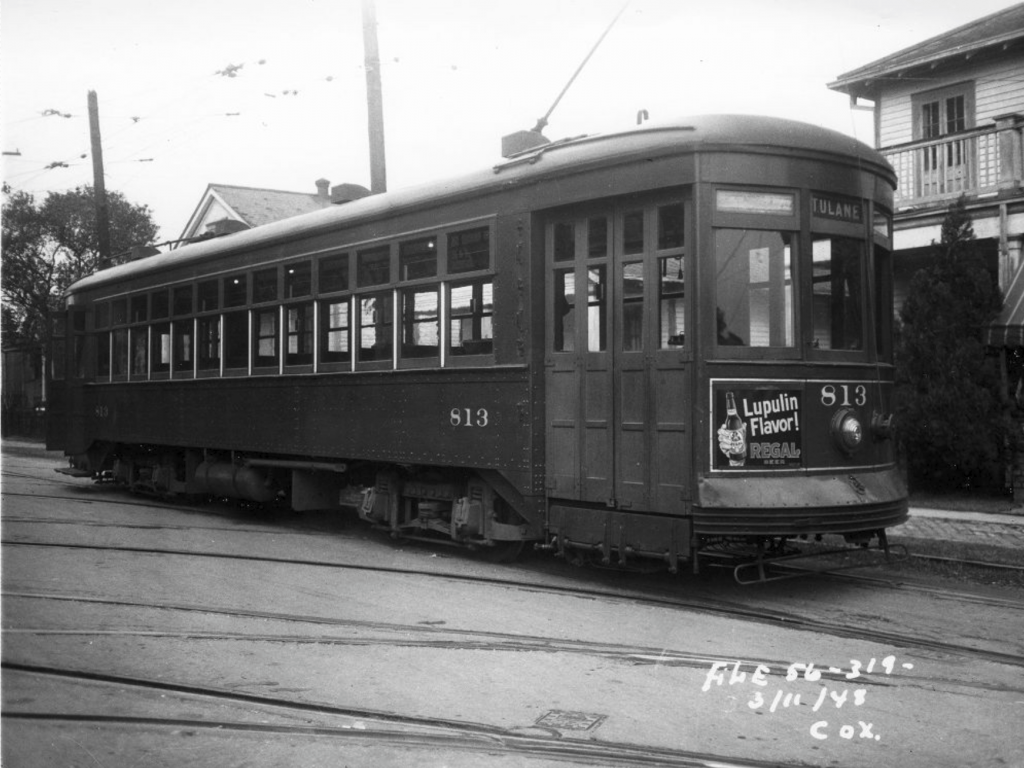 New Orleans Public Service, Incorporated (NOPSI) streetcar 813, on the ladder tracks on Jeanette Street, behind Carrollton Station. Streetcars based uptown returned to the barn by turning onto Jeanette Street from S. Carrollton Ave. They approached the barn, then turned in on one of the “ladder tracks”. Those are the tracks you see in the foreground.

Over the years, NOPSI operated several streetcar stations. By 1948, the Arabella Station on Magazine Street focused on “trackless trolleys”, or “trolley buses”. The streetcars were stored and serviced at Carrollton Station.

NOPSI 813 was a steel, arch roof streetcar. The transit company acquired the 800- and 900-series arch roofs in 1923-1924. The designer was Perley A. Thomas. Thomas worked for the Southern Car Company of High Point, North Carolina, when he created the arch roof design. New Orleans Railway and Light Company, the forerunner to NOPSI, bought arch roofs from Southern from 1910-1915. They became the 400-series streetcars.

The roll board on NOPSI 813 in this photo indicates it operated on the Tulane Belt on this day.

Southern Car Company folded in 1916. So, Thomas started his own company in the wake of the closure. He refined the design and NOPSI placed an large order in 1923. Thomas subcontracted some of the construction to other companies. The arch roof streetcars roll along the St. Charles Avenue line to this day.

In 1964, when NOPSI discontinued the Canal Street line, the company kept 35 of the green arch roof streetcars. They were all from the 900 series. A few of the 800s were sold to private concerns like trolley museums, but most were cut in half and destroyed.