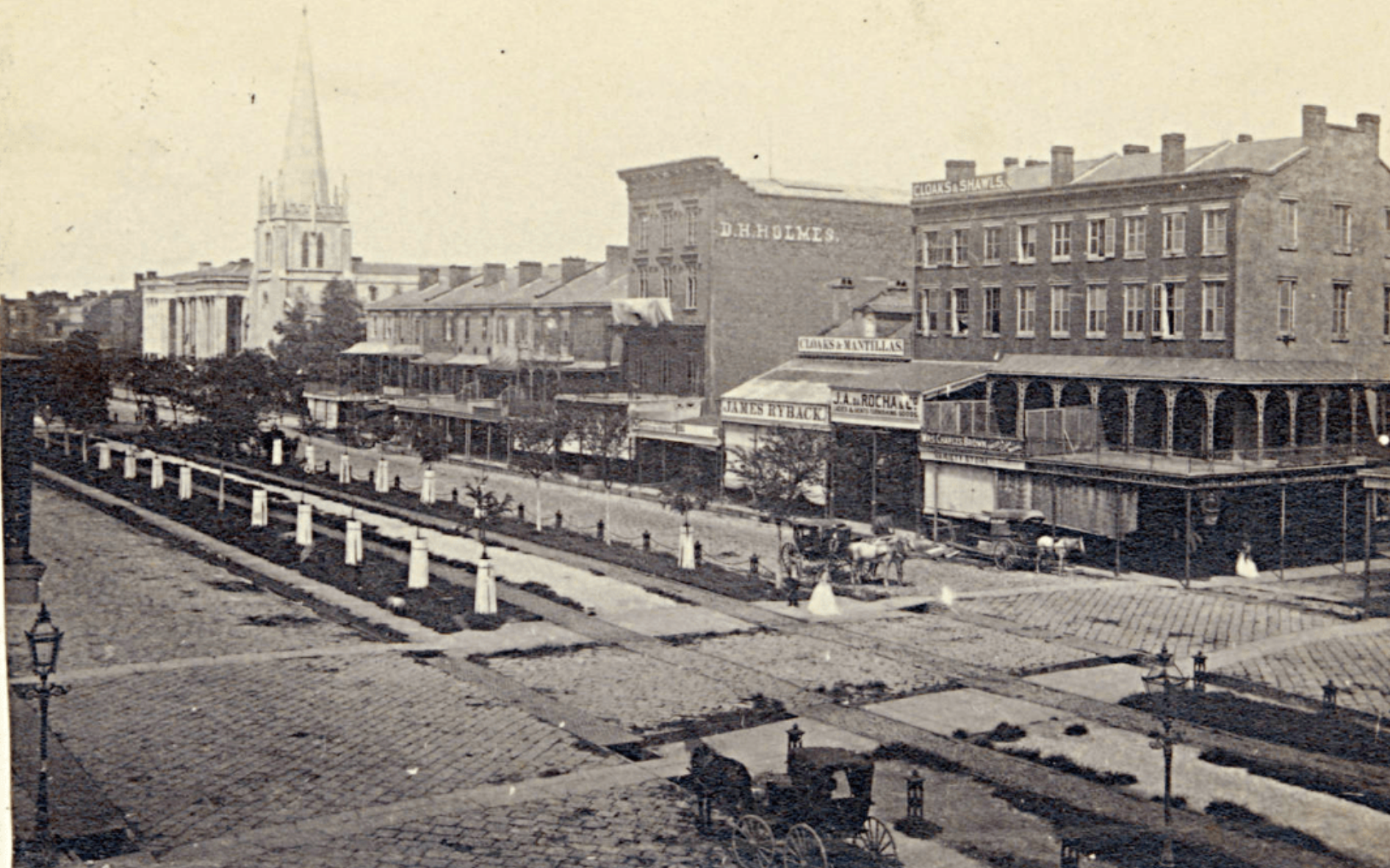 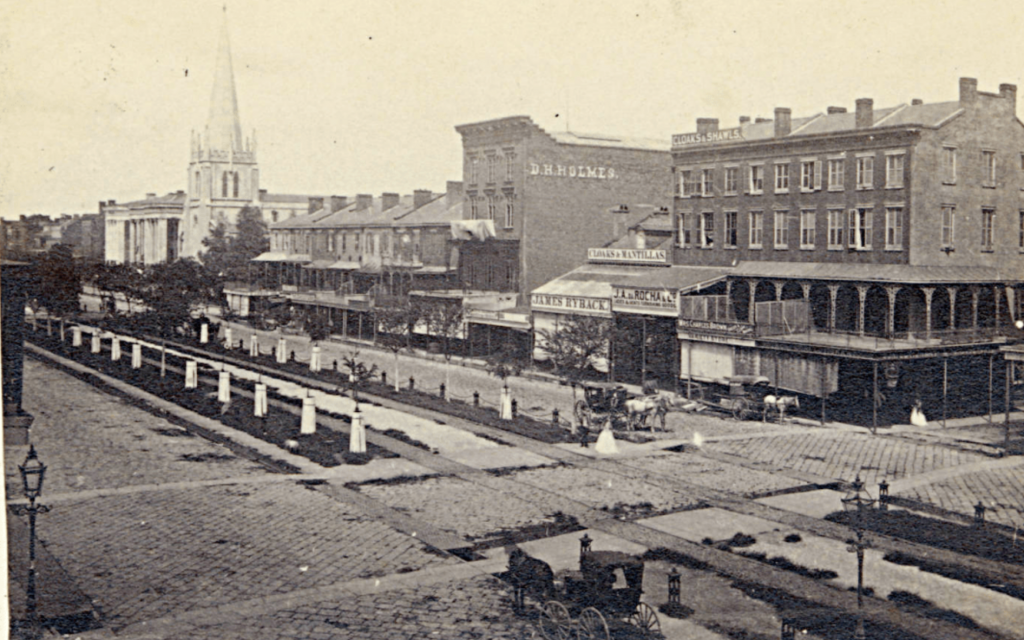 I spoke to the tour guides that volunteer with the Friends of the Cabildo on Monday. They’re a lovely group of folks. I like to say that talking with them is like teaching an AP History class. You have to come prepared and offer things they don’t already know.

I’m not sure how much they did or didn’t know about the Jewish families who dominated the retail scene on Canal Street for over 175 years, but that’s what my Krauss book is about, so that was the subject of the talk. When I speak on Krauss, I usually start with background on the Touro Buildings in the 701 block of Canal Street. Then we go up the street to the 900 block, with a brief pause for D. H. Holmes, in the 800s.

The photo above shows the 800-900 blocks of Canal Street in 1864. The Civil War was still in progress, but New Orleans had been under Union occupation for two years. You can see the various buildings in the 800 block, including D. H. Holmes. At the time, the Holmes (“Holmses” in the Yat vernacular) was considered a “dry goods” store. Holmes, Fellman’s and Godchaux’s followed Maison Blanche in branding themselves as “department stores” in the late 1890s.

You can see the third incarnation of Christ Episcopal in the background, at the corner of Dauphine and Canal. The second incarnation occupied the corner of Bourbon and Canal, in the 700 block. Judah Touro bought the second church and tore it down to complete his row of commercial buildings. The chapter moved down the street.

Christ Episcopal left Canal Street for Uptown in 1884. In that year, the chapter auctioned off the 901 Canal location and moved to St. Charles and Sixth Streets. The Mercier family bought the church, demolished it, and built the building bearing the family’s name. D. H. Holmes was in the middle of all of the goings-on, from 1842 to 1989. That’s when Dillard’s of Little Rock acquired the stores.