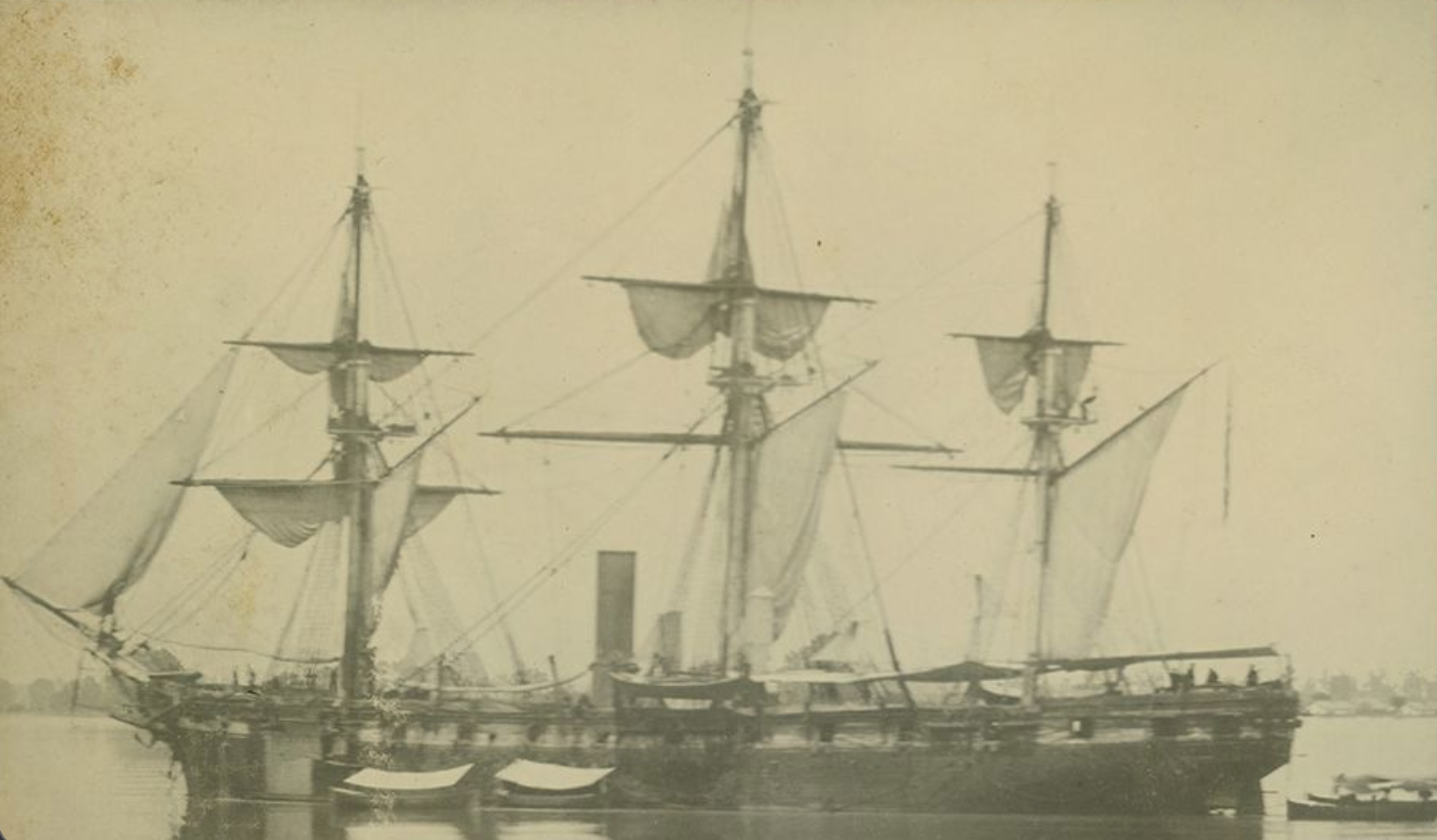 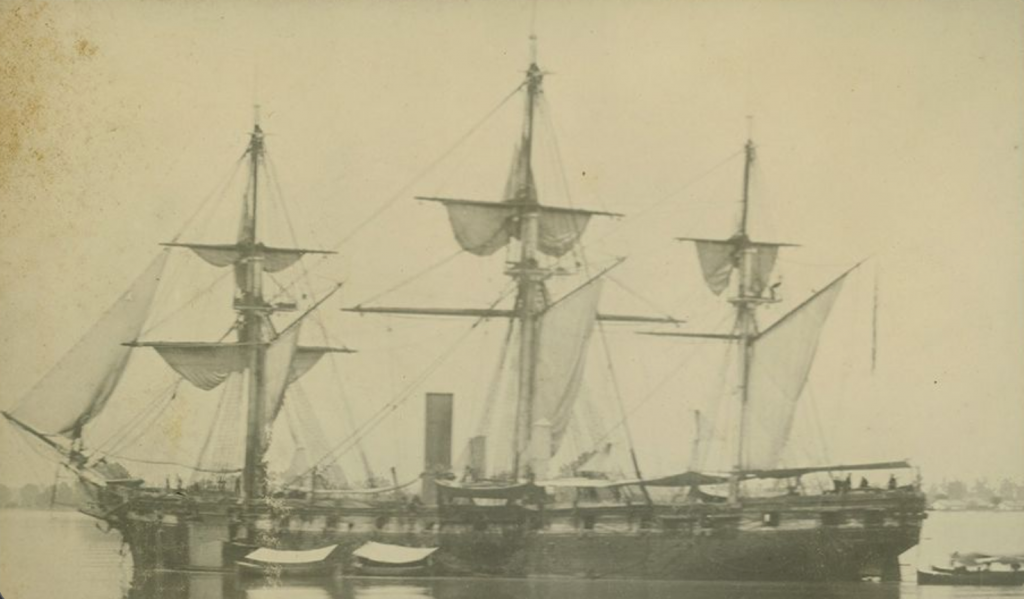 Lytle photo of the sloop of war, USS Hartford, 1863. The Boston Navy Yard built the sloop. After a shakedown cruise, USS Hartford sailed to Asia, where it carried the US Minister to China, John Elliott Ward on various diplomatic missions.

When the Southern States rebelled against the Union, the US Navy implemented a classic, Royal Navy-style blockade on the coastlines of the rebel states. That blockade began at Virginia, curving around Florida and into the Gulf of Mexico. The US Navy assigned squadrons to specific areas along the blockade lines. USS Hartford returned to the US. After refitting, she sailed to the Gulf of Mexico as flagship of the West Gulf Blockading Squadron. Farragut took Hartford to Ship Island in February, 1862, where he consulted with Army commanders. Plans for the attack began in earnest when Commander David Dixon Porter arrived with his squadron of mortar schooners in March.

Farragut led his squadron up the Mississippi River, making a run past Forts Jackson and St. Phillip, on the night of 24-April-1862. While the squadron got passed the forts and steamed upriver to New Orleans, Hartford was damaged by fire-rafts. Farragut’s officers accepted the city’s surrender. Major General Benjamin Butler occupied the city on 1-May-1862. So, Farragut took Hartford and the rest of his squadron up the Mississippi to Baton Rouge. He captured the city without opposition. Farragut and the Navy used Baton Rouge and New Orleans as staging areas for the various attacks on rebel positions further up the river.

This photo shows USS Hartford about a year after the Battle of New Orleans. While it’s moored at Baton Rouge, the photo shows that the damage it suffered on the night of 24-April-1862 has been repaired.

On a side note, the current USS Hartford (SSN-768) is a Los Angeles-class fast attack submarine. It was part of the squadron based at Point Loma, CA, when my son was a junior officer on the USS Alexandria (SSN-757).