Mid-City Railroading in the late 1940s 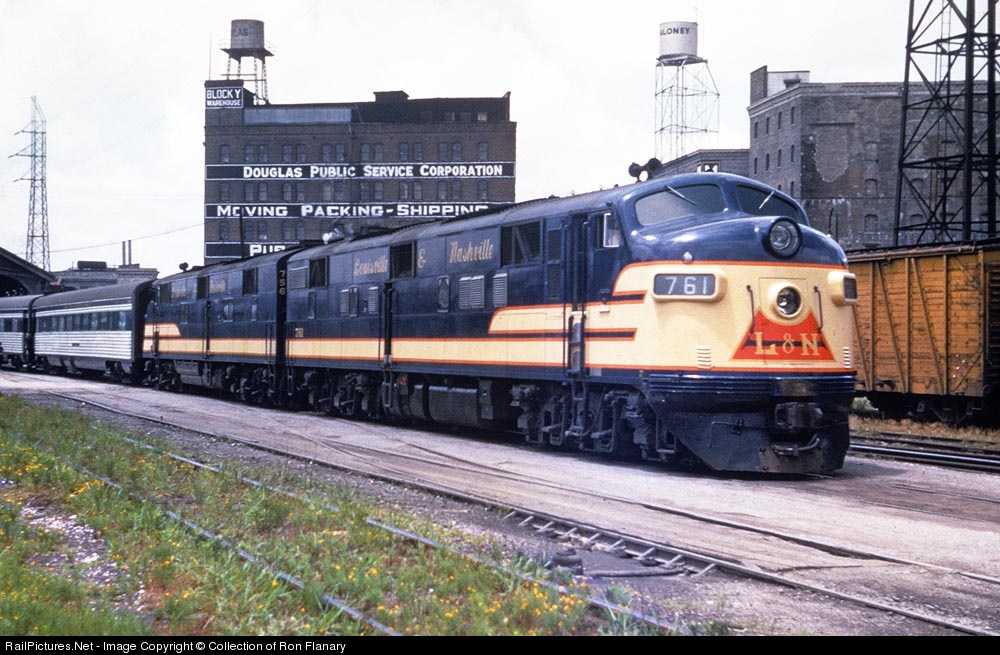 Mid-City Railroading in the late 1940s

I ran out to the UNO Library a couple of weeks ago, chasing down some old railroad maps. I remembered seeing a set of maps there a few years back, but resisted the temptation to go totally down the rabbit hole on railroad stuff. One of the things that did stick with me, though, was that there was a railroad engine terminal behind Greenwood Cemetery, more or less where First Baptist Church is now (below). 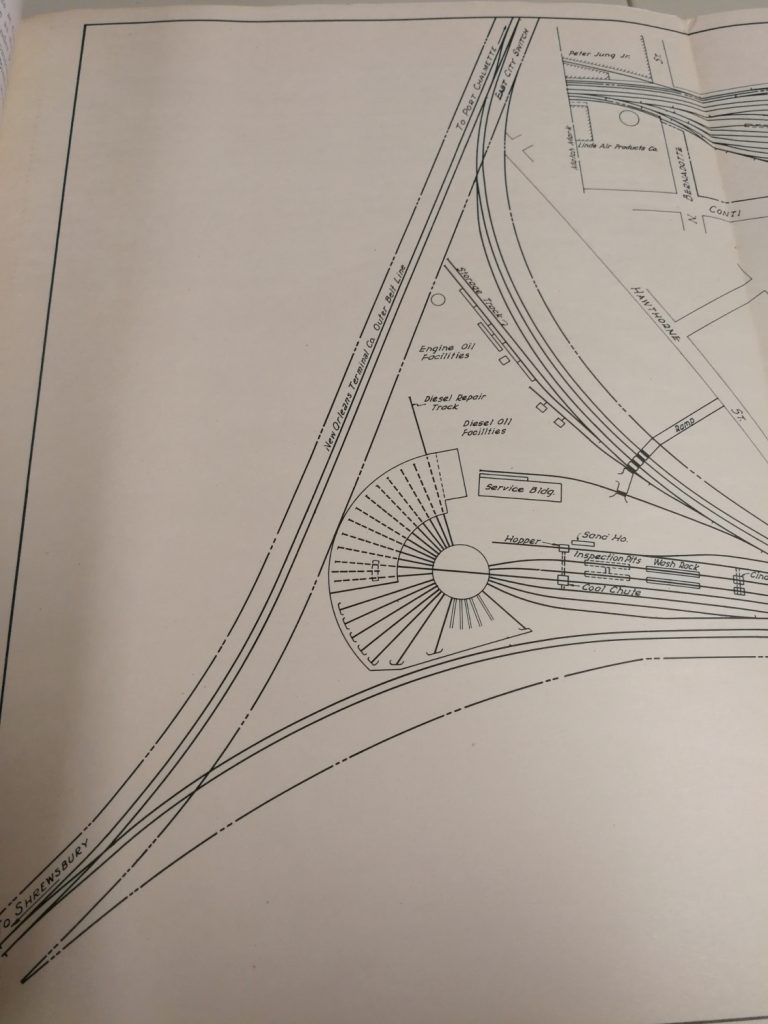 I found the documents I remembered quickly. It was a grade crossing survey from 1949. The compiled the data for the new Union Passenger Terminal project. I didn’t need high-quality scans for now. So I took some phone pics and moved on. Just knowing I was right about the engine terminal was enough. I came back to those images this morning. I wanted to get an idea of the general area around City Park Avenue to the New Basin Canal. Therefore, I took quick shots of those plates.

So, I had some time this morning, and I looked those other images over. I came across something that made me scratch my head. The plate showing tracks around Bienville Street and N. Carrollton Avenue (above) showed the layout of a full passenger rail station.

This confused me in a big way. I’d always known about the five passenger stations in the city. They were:

These five were demolished, and UPT was built right behind Union Station, so it fronted Loyola Avenue. So, I’d never heard of a station in Mid-City. 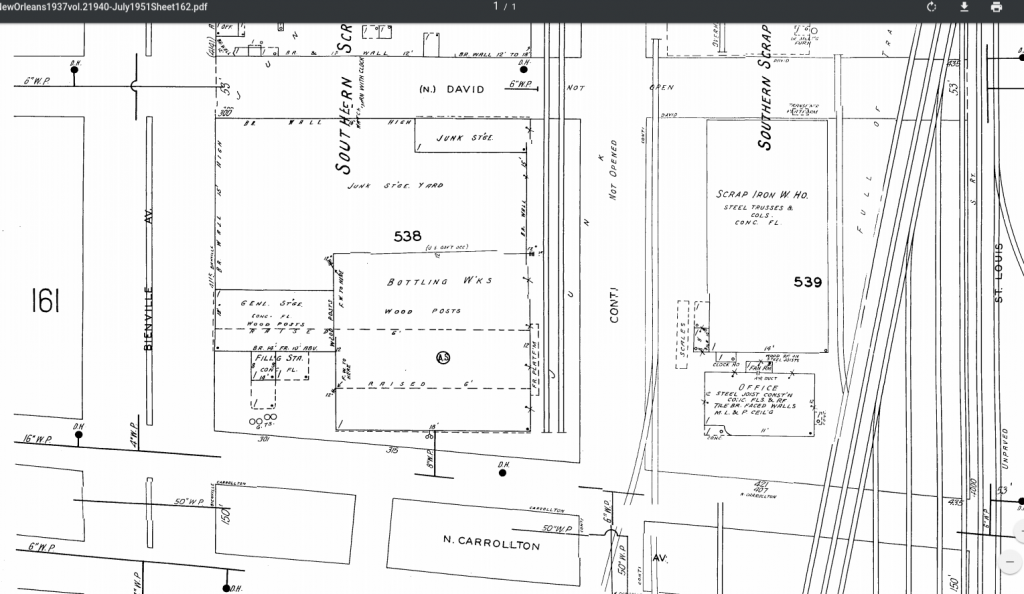 While I’ve read a bunch on railroads in the city, I’ll be the first to admit that my knowledge is quite incomplete. Drew Ward graciously pulled up the Sanborns for N. Carrollton and Bienville. The image above is from 1937, and doesn’t look anything like a proper passenger station.

I’ll keep you posted on what I learn.