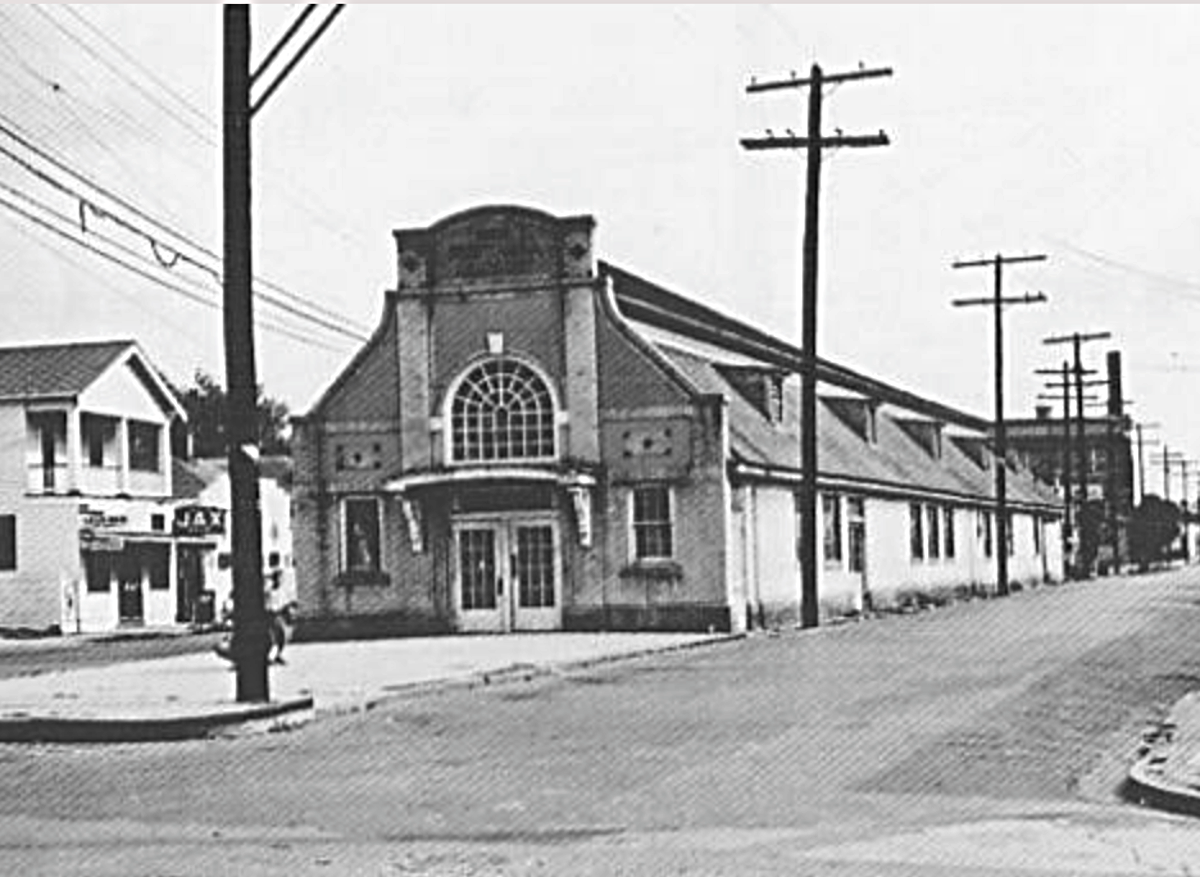 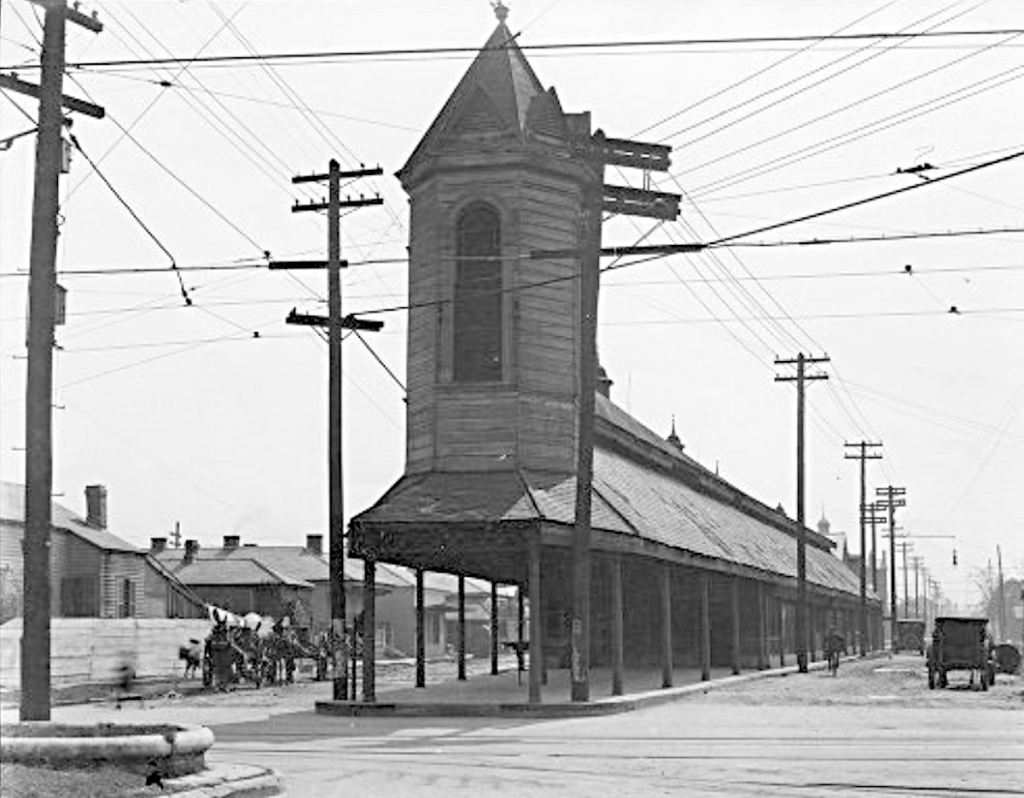 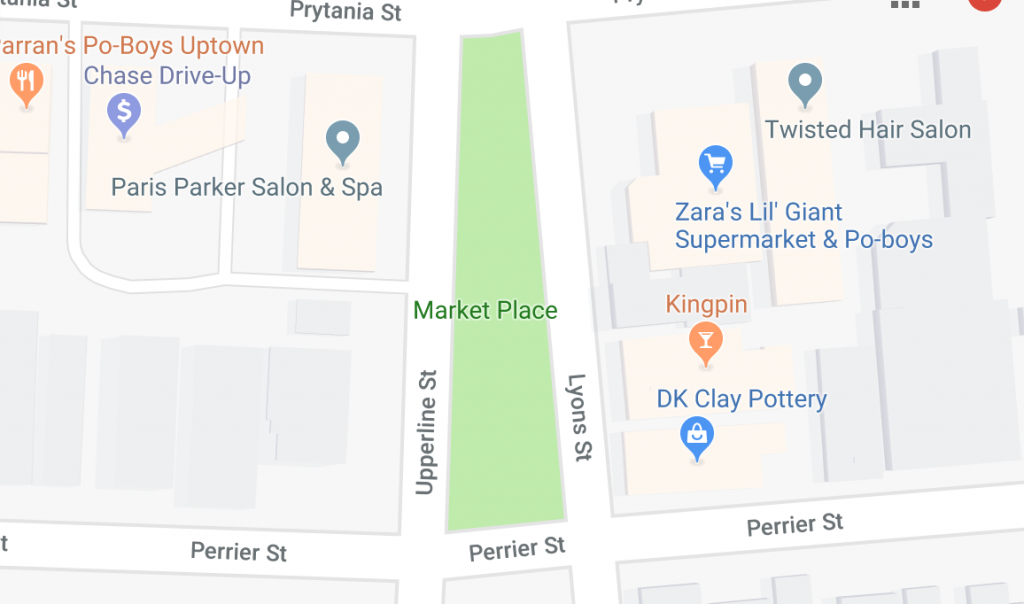 Location of the Prytania Market. The land is now public green space.

Before home and commercial refrigeration was widespread, folks made groceries at the neighborhood’s public market. So, these markets were all over the city of New Orleans. The Prytania Market was located on Prytania Street. It was between Upperline and Lyons. By the 1910s, the neighborhood grew to the point where folks didn’t want to walk to the markets surrounding them.

Public markets were the “stores” for “truck farmers”. These folks farmed the land out in Kenner and Little Farms (now River Ridge). Initially, they traveled in from Kenner via horse-drawn wagon. In 1915, the Orleans-Kenner Railroad line opened. The “O-K” was the metro area’s only true interurban railroad line. The farmers loaded up their crops onto these electric cars, which had a lot of open cargo space. They arrived at S. Carrollton and S. Claiborne. Usually they enlisted a relative or a friend with a wagon to get them from the O-K station to one or more of the public markets. These farmers got the name “truck farmers” when they bought trucks to get into town.Therefore, the O-K interurban was no longer useful. The line closed in 1930.

The public markets were essentially just open-air stalls. While some markets occupied enclosed buildings, others, like Prytania, were completely open. There was no electricity at this time. So the city monitored sanitary conditions, through their franchisees. While seafood vendors did sell at the markets, their sales were prohibited in the summer. The fish and shellfish didn’t stay fresh in the heat.

From 1915 to the 1940s, the farmers selling at the Prytania Market worked at the building in the photo above. The city owned many of the public markets, including this one. City government franchised them out to business owners and management companies. So, in 1923, the city awarded the Prytania franchise to Charles F. Buck, Jr.

The market building was expanded/improved by architect Sam Stone Jr.’s firm in 1922. Stone was was a well-known architect. He designed the 13-story Maison Blanche building. It’s now the Ritz-Carlton Hotel. 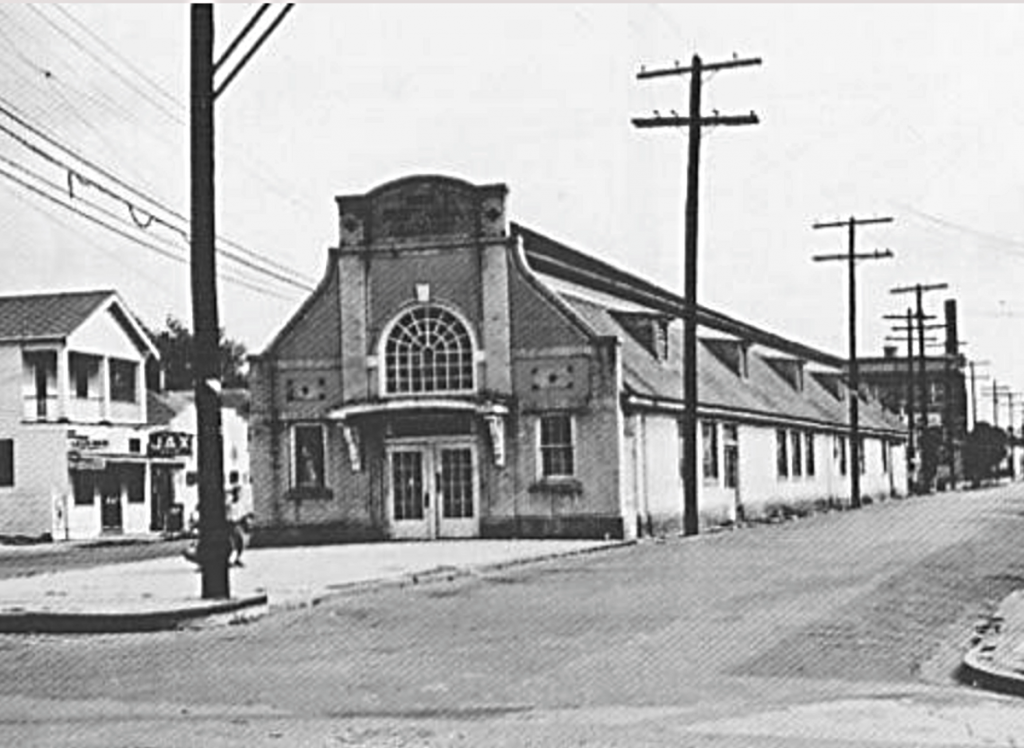