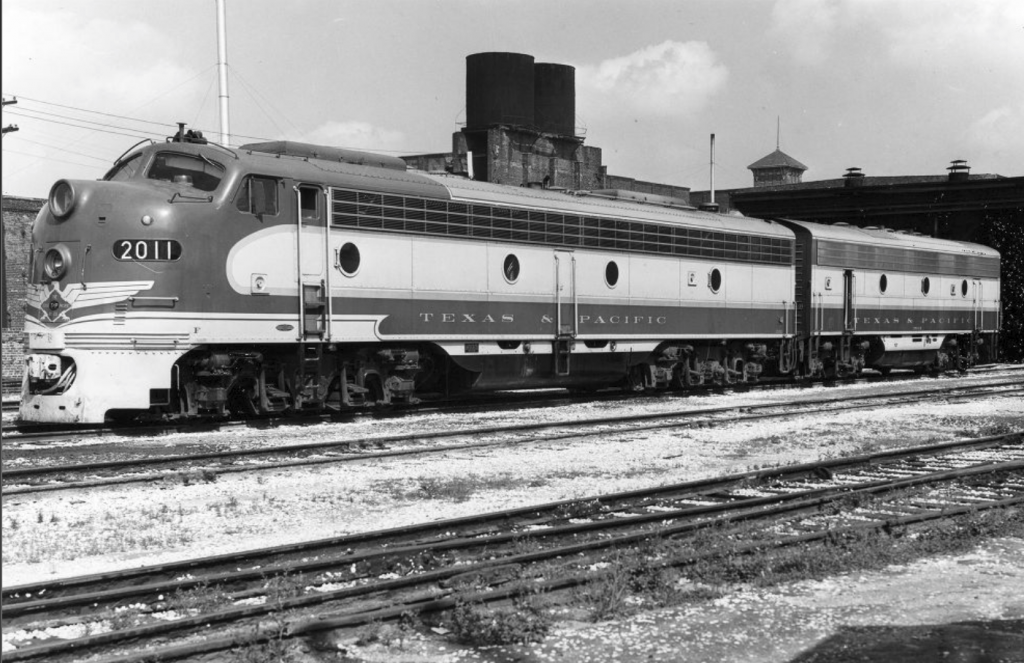 The second, “B” diesel unit is an EMD F-7B. I can’t find a roster number for that unit in this photo. Drop me a line (or comment) if you can identify it.

The Texas and Pacific Railway began operations in the state of Texas in 1871. The Missouri Pacific Railroad acquired a majority share of the T&P in 1928. While they essentially owned T&P, MoPac operated T&P independently until 1976. MoPac merged into the Union Pacific in 1980. Because of lawsuits and regulatory issues, however, the merger was not complete until 1997. 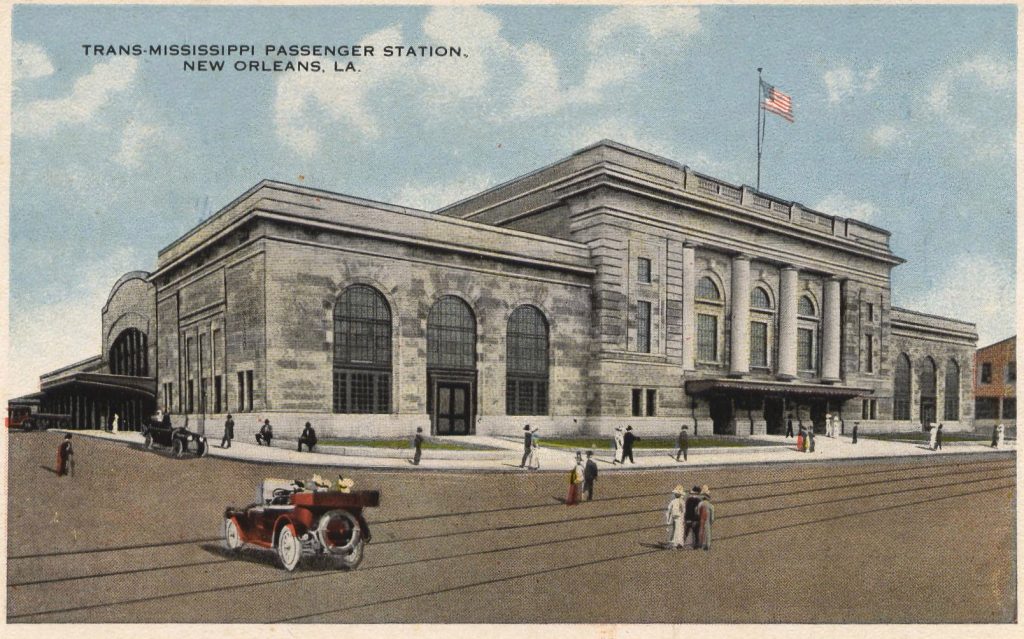 The “Trans Mississippi Passenger Station” stood on Annunciation Street, uptown, between Thalia and Melpomene Streets. So, this station is one of the five consolidated into Union Passenger Terminal. We’ll do a full article on it in the future.

These locos are likely pulling the “Louisiana Eagle”, the “name train” that ran from New Orleans to Dallas/Ft. Worth on the T&P. The Louisiana Eagle departed New Orleans at 7:50pm, arrived in Dallas at 8:05am the next morning, terminating at 9:05am in Ft. Worth. So, it was an overnight train.

While the Huey P. Long Bridge carried trains, Texas and Pacific used train ferries to cross the Mississippi. The trains would leave the Annunciation Street terminal, then go to the riverfront. The cars boarded a rail ferry boat for the crossing. The train re-formed, stopping at the Gretna station on Fourth Street. They would then go on their way.

The typical consist of the Louisiana Eagle was an E-8 or F-7 locomotive, then five cars (presumably baggage, two sleepers, diner, and a coach). I don’t have a definite consist list, so if you do, let me know.