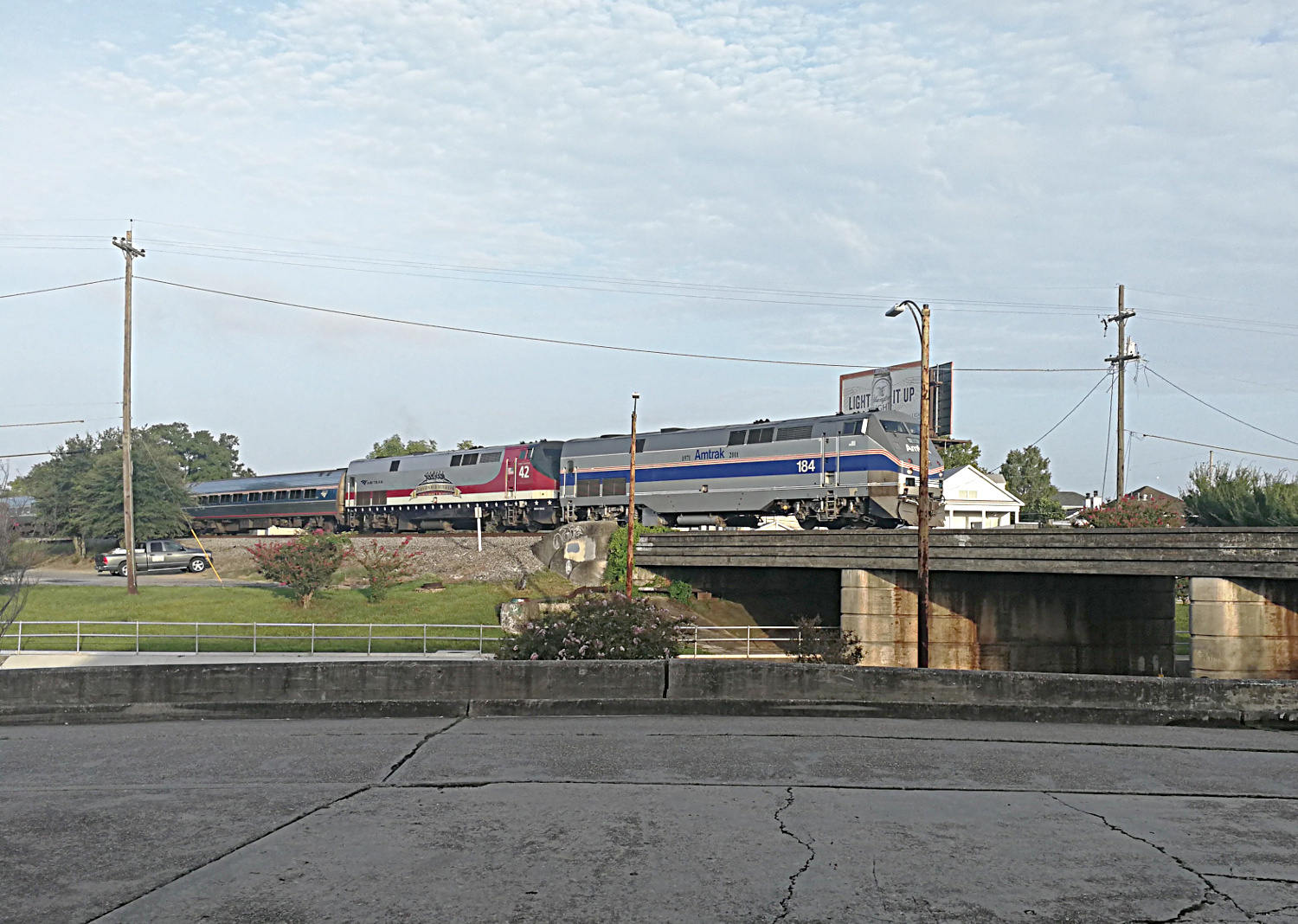 Amtrak Crescent off to Atlanta and NYC 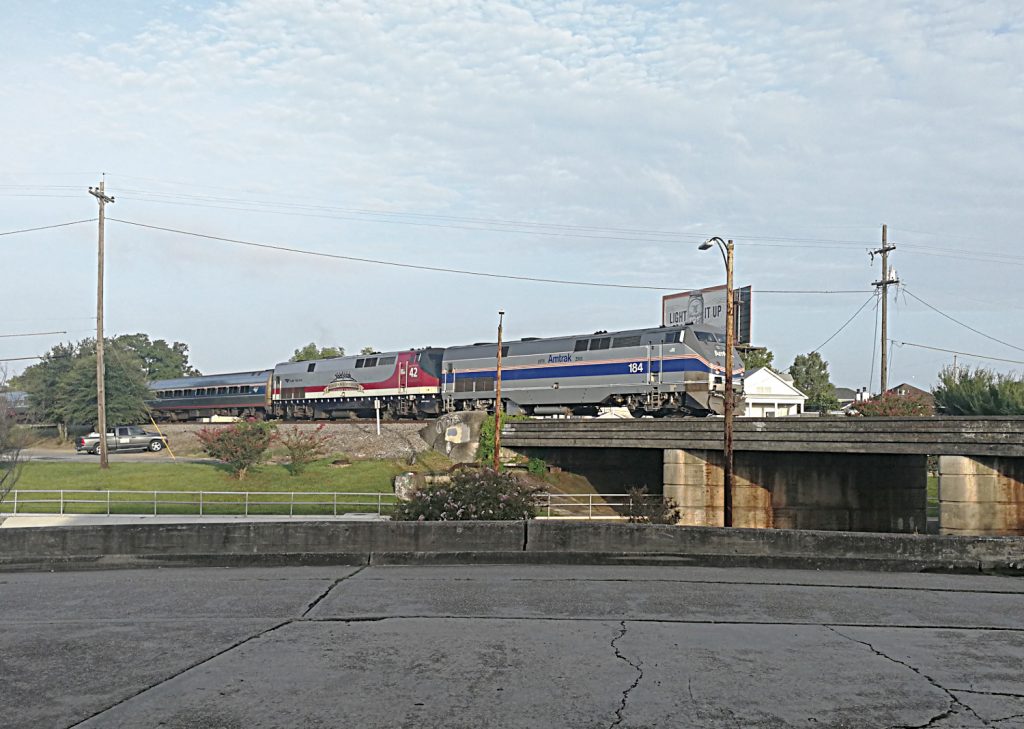 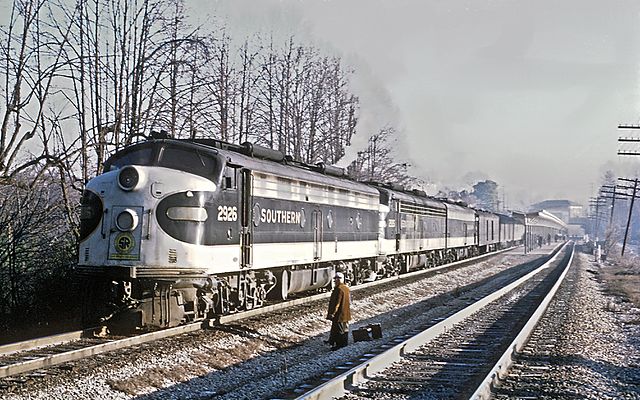 The Amtrak Crescent is living history. The train runs from New Orleans to New York’s Penn Station daily. The train originally arrived and departed from the Louisville and Nashville passenger terminal at Canal Street and the river until 1954. After 1954, The Crescent Limited operated from Union Passenger Terminal. When Amtrak took over passenger rail operations in the US, the Crescent continued. 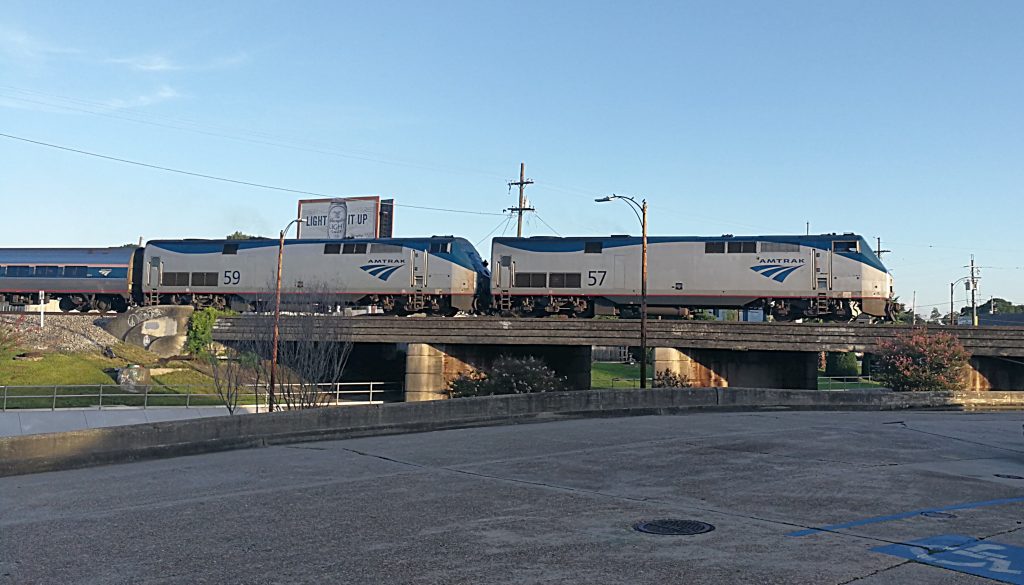 When Amtrak took over passenger rail in 1971, the railroads still running passenger trains gave their locomotives and rolling stock to the new corporation. Over time, phased out “heritage” equipment. So, they ordered new equipment. Amtrak replaced the original E8s, PAs, and other locomotives with EMD FP40 locomotives. EMD produced the FP40s from 1975 to 1992. The company those with the GE Genesis series. Currently, Amtrak uses the GE P42DC Genesis loco on the three trains that arrive and depart from New Orleans.

To mark its 40th anniversary, Amtrak painted several P42s in older schemes. With the exception of P42 Number 66, which was damaged beyond repair, these locos are still in operation.

I drove past the Amtrak engine terminal and coach yard, which is next to Earhart Blvd, in Central City, last week. I purchased an N-Scale P42DC in the Phase IV scheme last month. I’d never seen this loco in the area before. There it was, parked at the engine terminal! I got this long shot, through the fence.

Now that I’ve seen the loco pulling the Amtrak Crescent out up to Atlanta, the model is now “prototype” for Pontchartrain RR’s re-creation of the “Back Belt”. 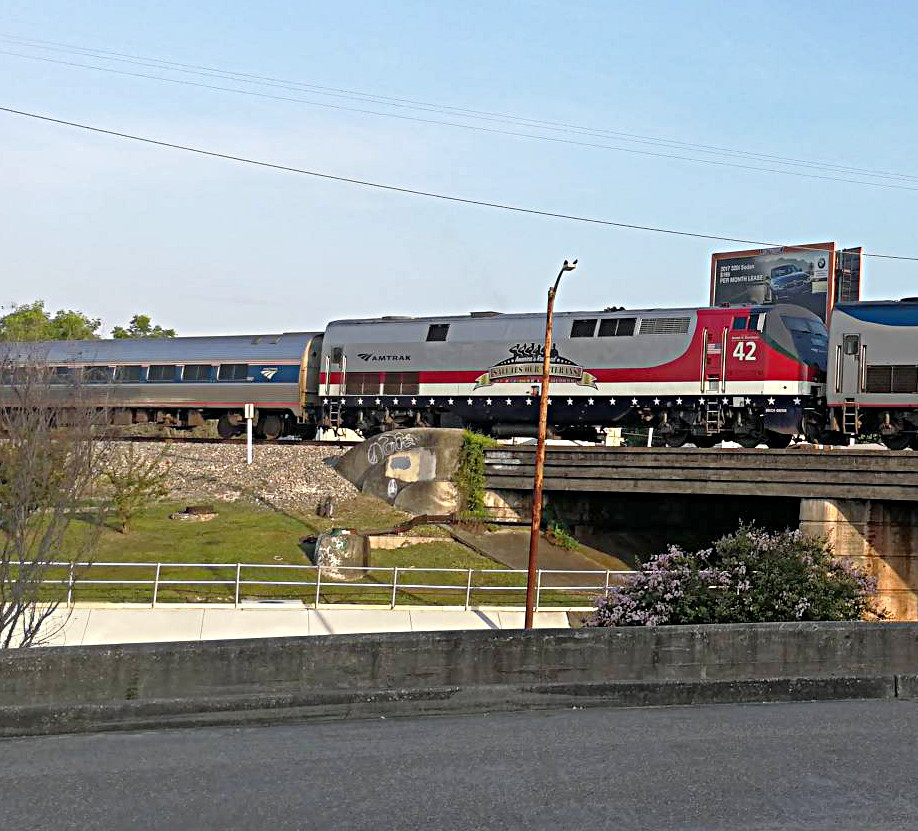 Amtrak painted several locos in a red and black scheme, with a design that says, “America’s Railroads Salute Our Veterans”. Genesis #42 regularly runs on the Amtrak Crescent, usually as the second loco, as it was today, behind #184.