NORTA 933 on the Riverfront Line? #StreetcarSaturday 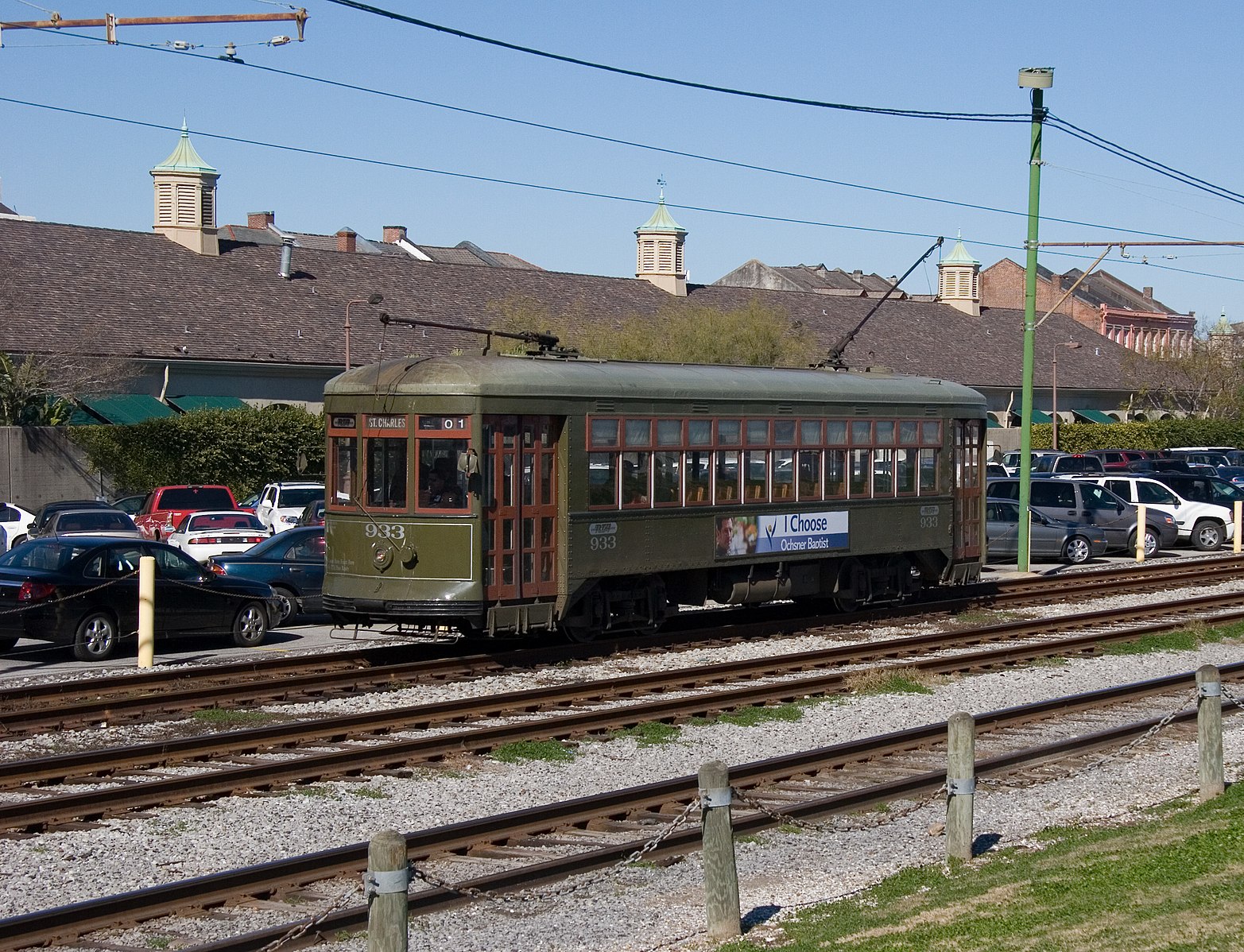 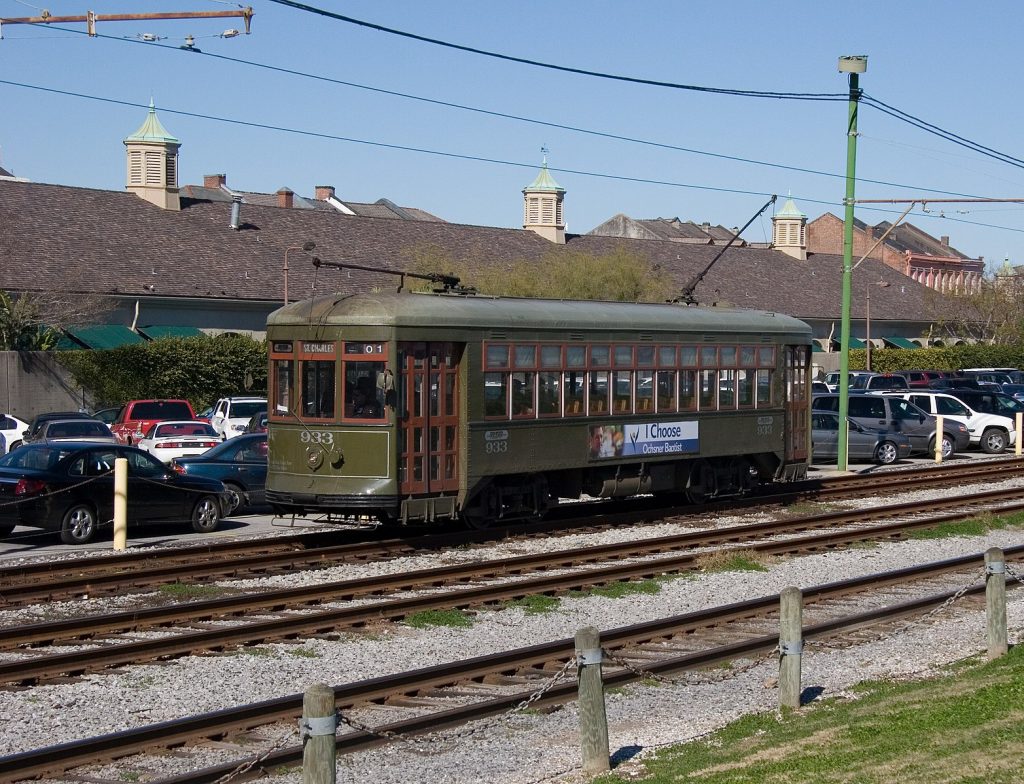 I don’t remember seeing this photo before. After Hurricane Katrina, it took some time to get both the St. Charles and Canal lines back to fully operational status. The green arch roofs were, for the most part OK, but the red, 2000-series cars flooded.

Getting the streetcars running

The overhead wiring on St. Charles was a mess, but it was for the most part fine on Canal. The rail department borrowed a voltage rectifier from MBTA in Boston, connected it to Entergy power, and was able to deliver power to the Canal line in December, 2005. After a few test runs, it was decided to run the 1923-vintage cars on Canal while the Von Dullens were repaired/rebuilt.

The designation of the St. Charles line and its 35 900-series streetcars as a National Historic Landmark is very important for NORTA and the city. The decision to operate the green streetcars on “revenue runs” off St. Charles was technically a violation of the landmark designation. The line and those streetcars were supposed to be frozen-in-time at the point it was put on all the lists.

Yeah, that’s important, but Hurricane Katrina was quite the exception. The city, and NORTA knew that running those streetcars was essential for showing that the city was on the road to recovery. Things were indeed looking less dire by December, 2005.

Seeing the green streetcars run on Canal Street was a flashback for those of us who remember them from 1964 and earlier. The arch roofs had been a mainstay on the Canal iine since the “Palace” cars were retired in the mid-1930s. They ran on Canal until the line was converted to bus operation in May, 1964. From the 1930s, the Canal and West End lines ran the 800s and 900s. West End converted to buses in 1948.

In addition to once again running up and down Canal Street, the aftermath of Katrina saw the green streetcars run on track that didn’t exist when they were limited to St. Charles in 1964. One year after Canal re-opened in 2004, the “Carrollton Spur” went operational. Every third 2000-series Von Dullen car on the line made a right turn, running down N. Carrollton Avenue, to City Park. They pulled into a two-track terminal there at Esplanade Avenue and Bayou St. John, then returned to downtown.

Since the 400-series arch roofs were also damaged in the storm’s flooding, the Riverfront line had the same issues Canal did. NORTA decided to have the 900s make a left turn at Canal and the riverfront. They ran down to Esplanade Avenue, along the riverfront edge of the French Quarter. When they hit the French Market Terminal (stop 1 on the Riverfront line), they changed directions and returned to Cemeteries and City Park.

The clanging of a streetcar’s bell conjures images of a time when street railways were a normal part of life in the city. Historic Canal Street represents the common ground between old and new with buses driving alongside steel rails and electric wires that once guided streetcars.
New Orleans was one of the first cities to embrace street railways, and the city’s love affair with streetcars has never ceased. New Orleans: The Canal Streetcar Line showcases photographs, diagrams, and maps that detail the rail line from its origin and golden years, its decline and disappearance for almost 40 years, and its return to operation. From the French Quarter to the cemeteries, the Canal Line ran through the heart of the city and linked the Creole Faubourgs with the new neighborhoods that stretched to Lake Pontchartrain.