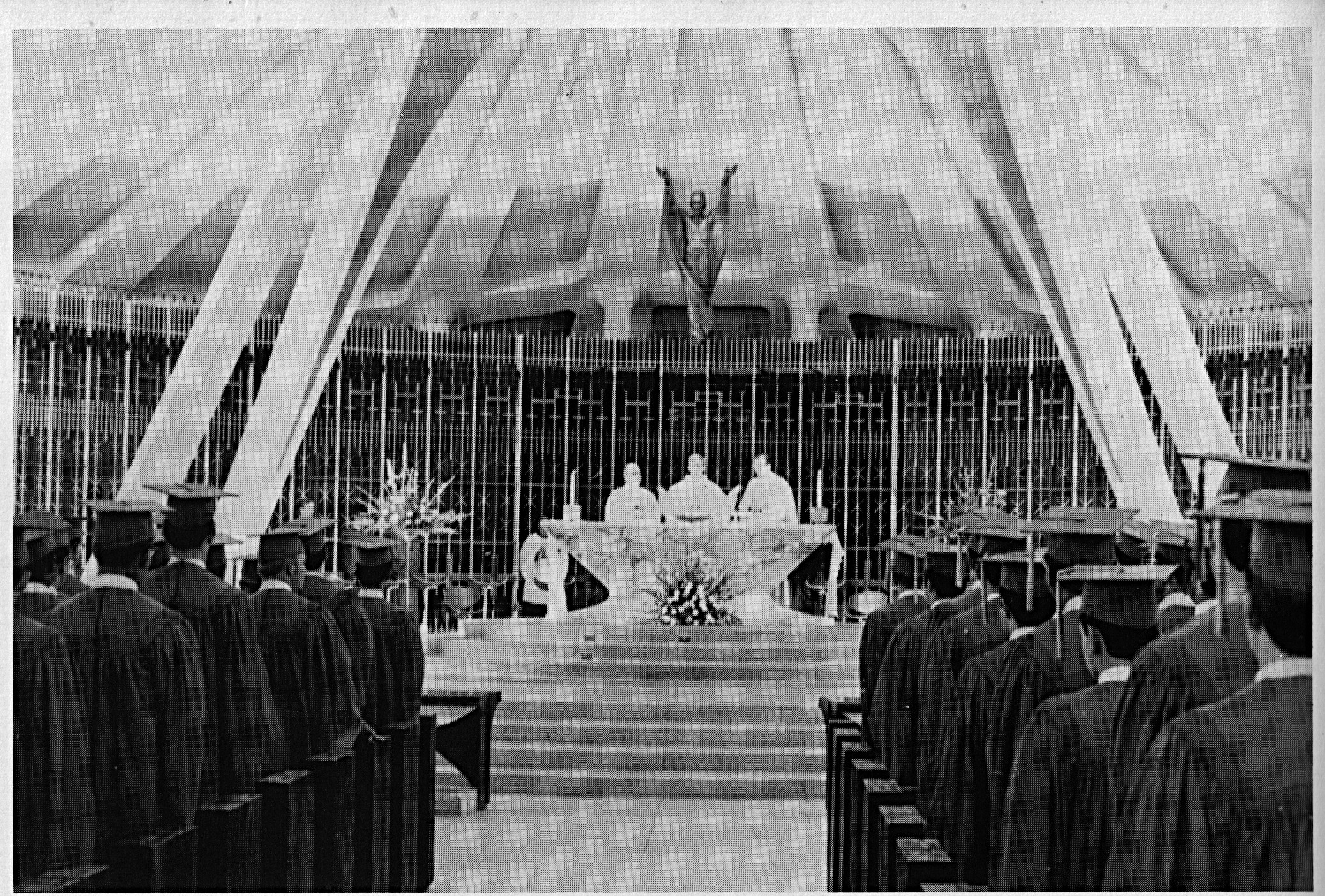 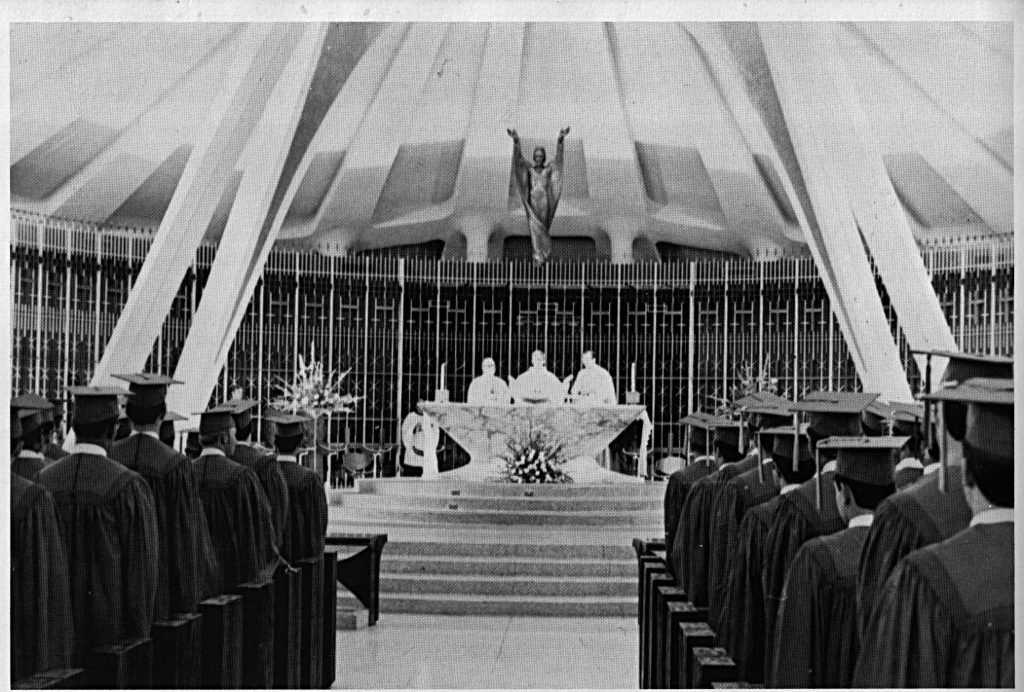 Ring Mass and Ring Dance are still a big deal.

The BMHS Facebook page did a “look back” on senior rings today, since the Brother Martin High Class of 2019 receive their rings at a Mass this evening. That ring is a Big Deal in a town where “Where did you go to high school?” is a regularly-asked question. This shouldn’t be all that surprising for folks, when you remember, a lot of men didn’t go to college before WWII. Many St. Aloysius men wrapped up their formal education when they received their diplomas. That senior ring was a public proclamation that the wearer made it. Whether that was Aloysius, Easton, Jesuits, Nicholls, etc, you made it. You finished high school and were ready for what the world had to offer.

After World War II, the G.I. Bill gave so many white men the opportunity to go college and get on with their lives. Many went to school full-time. Others went to work, taking advantage of their veterans’ benefits a bit later in life. The State of Louisiana identified a need for a “commuter” college in New Orleans in the 1950s, and Louisiana State University at New Orleans (LSUNO), now the University of New Orleans (UNO) was born. Generations of men and women got senior rings from their universities and colleges, and wear them proudly. 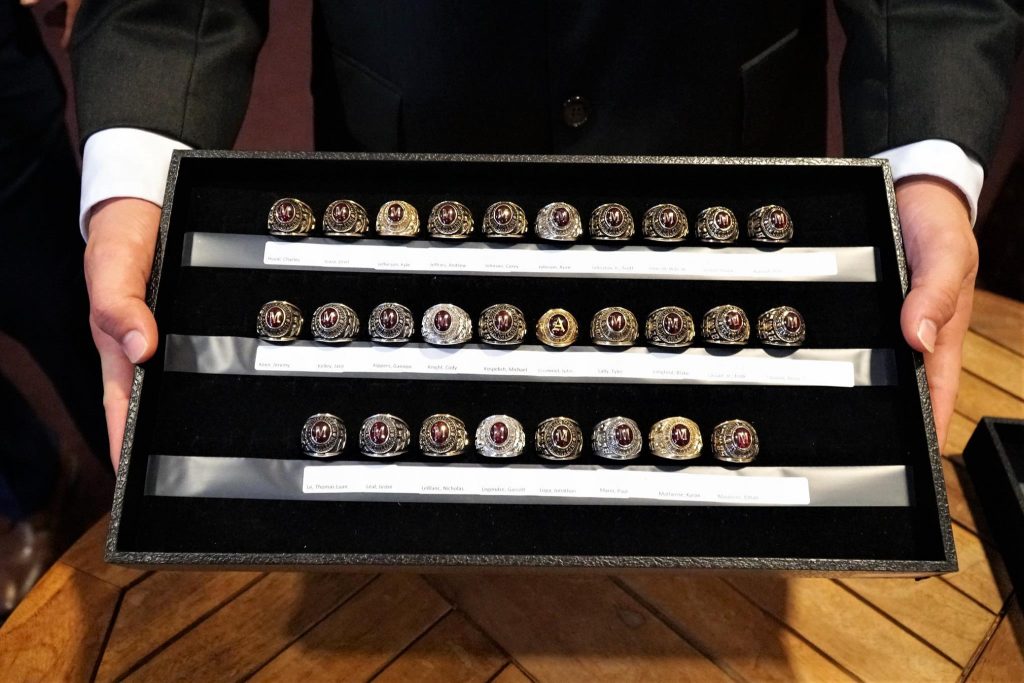 The Cor Jesu High School class of 1969 was particularly proud of their rings. They were the last CJ class ever. When they graduated, the school closed. the doors re-opened in August of 1969 as Brother Martin High School. I can only imagine the emotions that swirled around St. Frances Cabrini Church on that evening in 1968 when the Class of ’69 received their senior rings. I never went to Cor Jesu, either as a prospective student or student. I toured Brother Martin as a seventh grader in the fall of 1970, and began my eighth grade year in the fall of 1971. From those first renovations to convert Cor Jesu to Brother Martin, to the recent renovations to the library and the Mall, the school keeps current.

Cor Jesu was gone, but much of its heritage remained. The crimson and gold of the Kingsmen became the colors of the Crusaders of Brother Martin. The “old building” was a daily reminder of the original school. The neighborhood didn’t change when the school did.

St. Frances Cabrini Church holds a lot of memories for me. I got my senior ring there, in the fall of 1975, and our graduation mass was there the following spring. When I taught at Redeemer High School (which was located next to Cabrini), we regularly used the church for school masses. I got married there in 1982. I always found it to be a welcoming church. The Risen Christ in the sanctuary was inviting, particularly to kids and teens. It broke my heart when the church was demolished in the wake of Hurricane Katrina.

Cover image for the Brothers of the Sacred Heart in New Orleans Facebook page.

I nicked one of the photos (above) from the school’s website, to change up the cover page for the BOSH book’s Facebook presence. Thanks, folks!

So, here’s to the the Men Who Never Say Die, class of 2019! Well done on your rings, gentlemen!