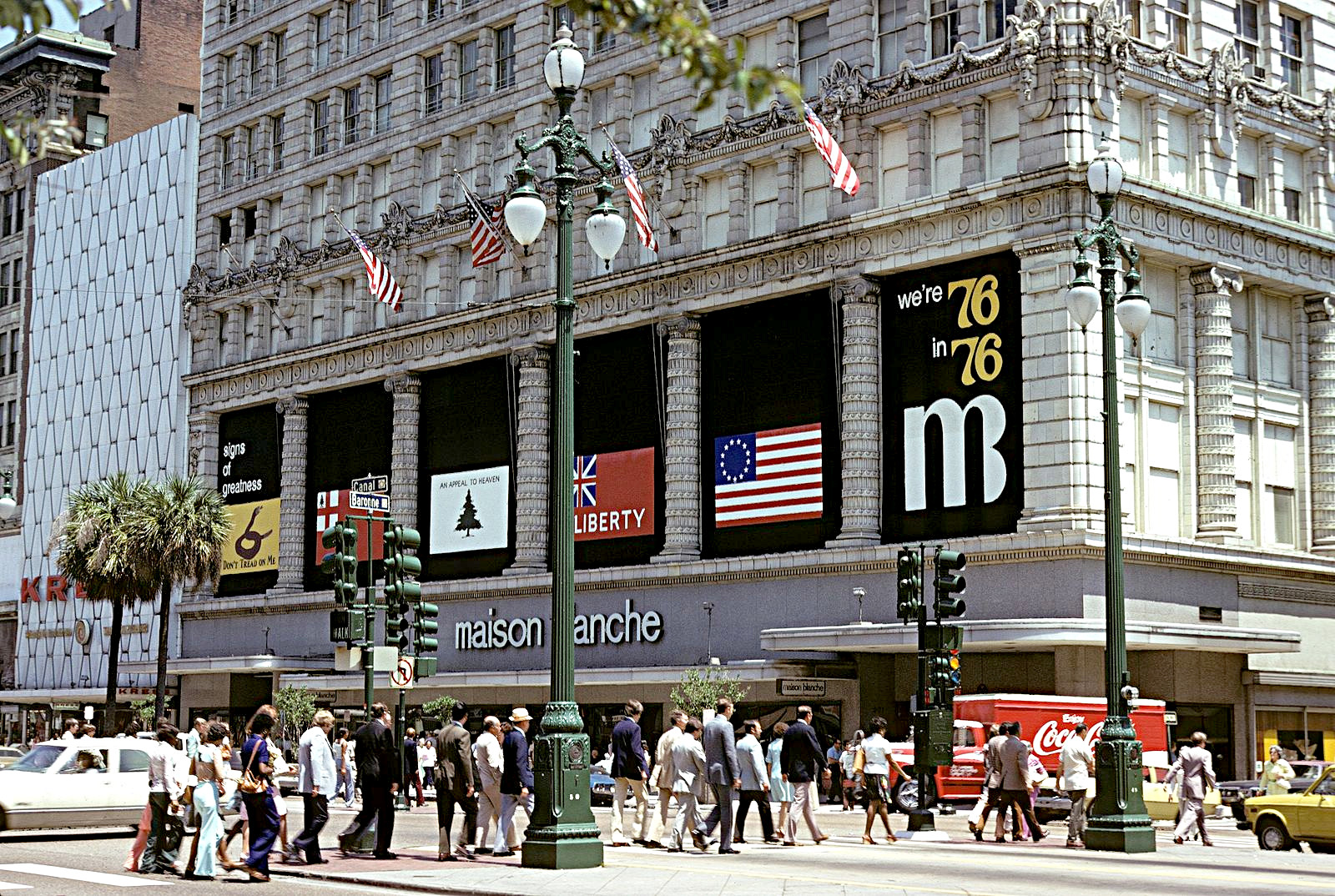 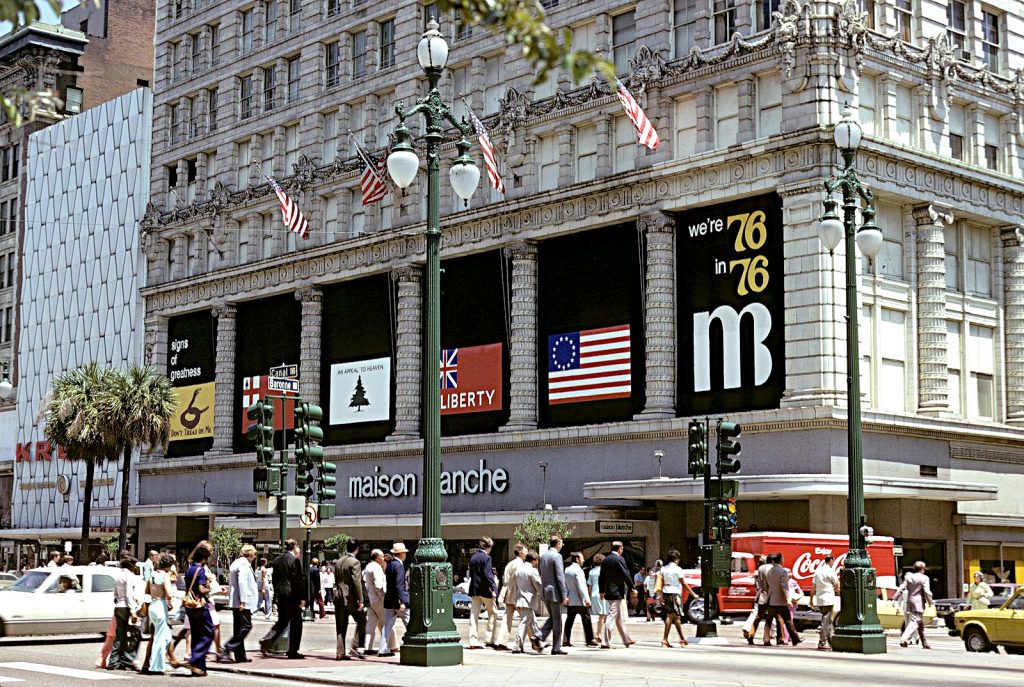 So much 200 in 1976! Like just about every business in New Orleans, Maison Blanche went all-out in 1976 for the country’s 200th birthday. While MB decorated the front of the chain’s flagship store on Canal Street, they also promoted the celebration with sales.

Maison Blanche Bicentennial was a big deal. Advertising and Marketing departments don’t turn down an opportunity to turn a milestone into a sale. They’re in business to get customers in the door.

The Bicentennial was a hot mess of overkill to seventeen-year old me. I graduated from Brother Martin High School in May of 1976. I started the University of New Orleans in June. My senior prom favor has a tag line, “Bicentennial Class”, and the red-and-gold tassel on my mortarboard has a Liberty Bell dangling from it. To say we’d grown weary of All Things Bicentennial would be an understatement.

Take when Professor Ambrose wanted to change the name of the Education Building, on the west side of the UNO campus, for example. Even though the History Department is part of the College of Liberal Arts, the school placed them in the Education Building. Ambrose was the kind of man who took things like the Bicentennial seriously. He led a campaign in the University Sen Save & Exit ate to rename the building. The university listened, renaming it the Bicentennial Education Center.

We shook our heads. Looking back, forty-two years later, it’s not so bad.

Maison Blanche Bicentennial, part of a bigger red, white, and blue picture. Holmes, Godchaux’s, and Krauss also decorated for the celebration that summer. Some of the smaller stores also added flags and bunting to their facades. The contrast between the purple, green and gold of Carnival, turning into the patriotic displays made for odd combinations.

The streetcars departed from Canal Street in 1964. They wouldn’t return until 2004. Maison Blanche Bicentennial meant buses in the “Canal Street Zone”. Most of the time their air conditioning worked. The bus experience at that time was OK. Even though NOPSI operated the system, things ran fairly smoothly. Many people depended on the buses to get to and from the CBD for work.

I missed Maison Blanche Bicentennial as an employee. I started at the Clearview Mall store in 1977. Things were less red, white, and blue by then.