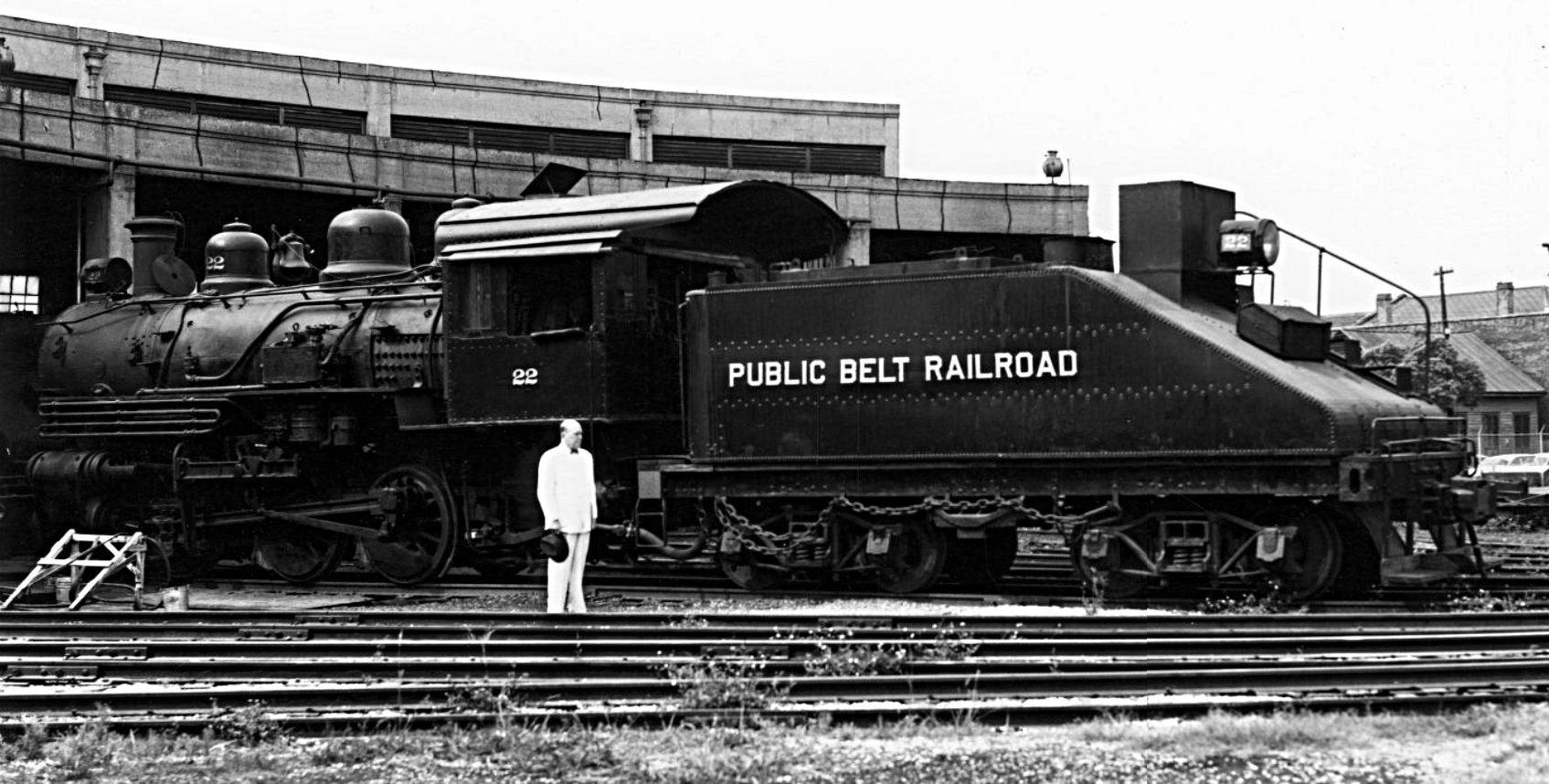 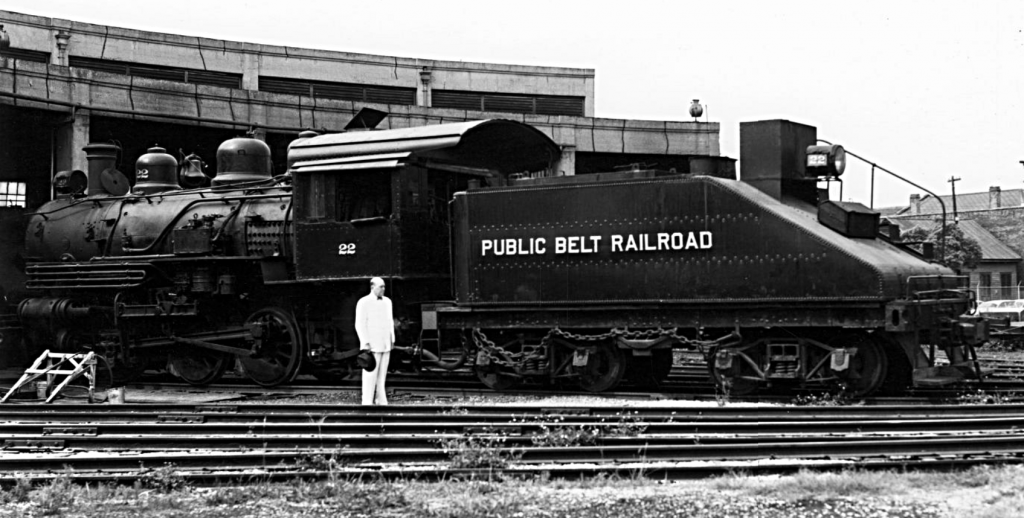 The New Orleans Public Belt Railroad is a “short line” railroad. It operates along the Mississippi River in Metro New Orleans. The city created NOPB in 1908. They fixed the issue of railroad congestion along the riverfront. The Class I railroad wanted their own tracks and terminals along the wharves and warehouses. So, the city created a Class III railroad, the NOPB, to connect them.

A state agency manages the NOPB. It is the Public Belt Railroad Commission. The commission also maintains the Huey P. Long Bridge, since it services both railroad and automobile traffic.

The photo was commissioned by the NOPB. So, it is part of the Franck Studios archive at the HNOC. It’s dated 29-October-1941, but there are dozens of photos with that date. It’s possible they were all processed by Franck Studios then. Therefore, it’s not clear just when the picture was taken. Since the engine was in service until 1957, it’s possible that the photo is indeed from 1941.

We haven’t been able to identify the man in the white suite in the photo. Given that he’s dressed in a white suit, it’s more likely he is either a NOPB commissioner or a city or state official. We’ve contacted NOPB in the hopes they know who he is.

Train watching on the NOPB

the New Orleans Public Belt tracks offer some great trainspotting opportunities. One of my favorite spots is on Central Avenue in Jefferson, LA, right by the eastern approach to the Huey P. Long bridge. Central Avenue at this point (basically right under the Earhart Expressway) crosses seven sets of tracks. The tracks closest to Airline Highway are Illinois Central/CN tracks. You can see lots of activity, including CN, KCS, and Amtrak’s City of New Orleans.

On the approach to the Huey P. Long Bridge, you can see UP, NS, and Amtrak’s Sunset Limited.