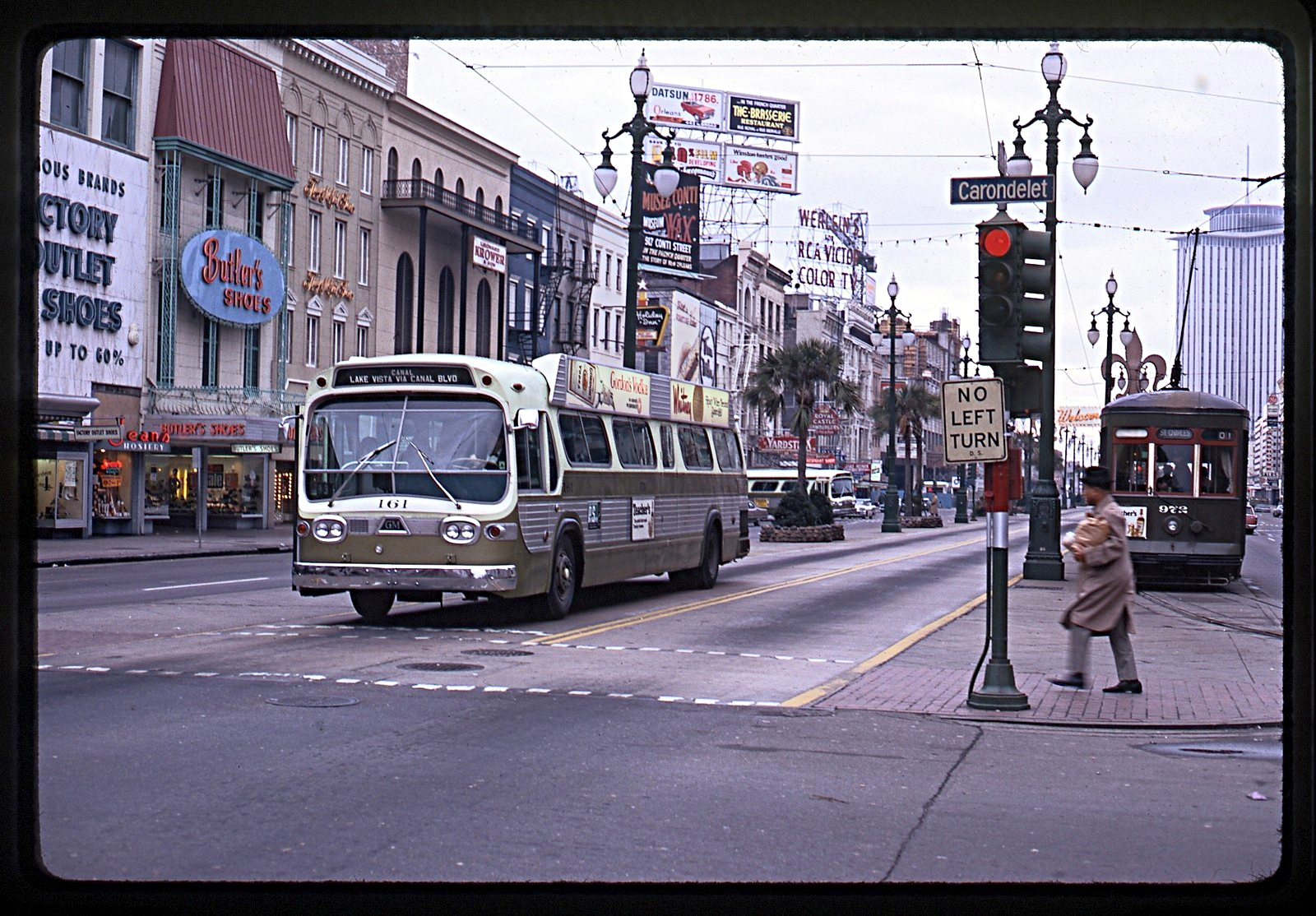 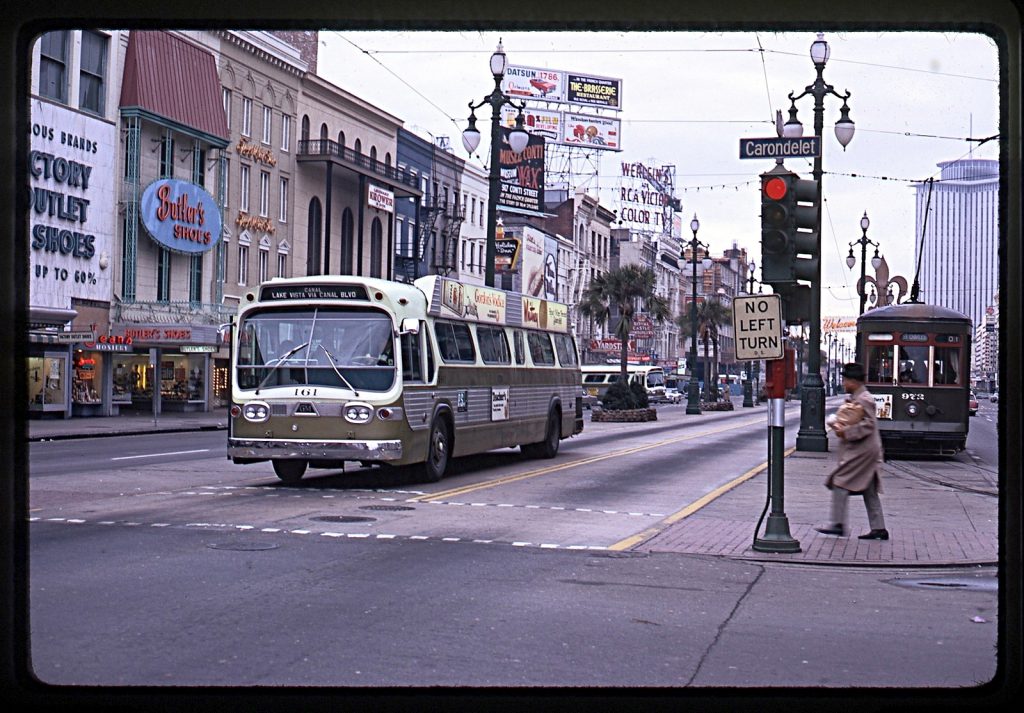 NOPSI buses and not much streetcar action in this #StreetcarMonday photo. That’s because it’s from the 1970s. The St. Charles Line operated solo from 1964 to 1988. Buses ran on all the other lines.

The appeal of buses

There are a number of reasons transit companies adopted buses over streetcars. NOPSI switched over a number of lines before World War II. The government forbade further conversion during the war. The War Department wanted the rubber used for bus tires for the war effort. After WWII, conversion to buses resumed. Most of the remaining streetcar lines converted to buses between 1948 and 1952. That left only Canal Street and St. Charles. In the early 1960s, Air-conditioned NOPSI buses tempted riders from Lakeview with a cool ride downtown. When buses took over Canal Street in 1964, that left only streetcars on St. Charles.

So, all three Canal lines stopped at every stop from the river to City Park Avenue. NOPSI buses on Express lines picked up passengers until Claiborne Avenue. So, from Claiborne to City Park Avenue, they did not stop. Riders paid an extra nickel (in addition to the quarter base fare) for Express service.

When Canal-Lake Vista and Express 80 reached City Park Avenue, both lines turned onto Canal Blvd. From there the route was:

The Canal-Lakeshore and Express 81 route, from City Park Avenue:

One block of streetcar track

NOPSI 972, at the left of the photo, runs outbound on the single block of streetcar track remaining on Canal Street. The streetcars turned right onto St. Charles from Canal, for their outbound run to S. Claiborne.