Drumheads used by The Argonaut. 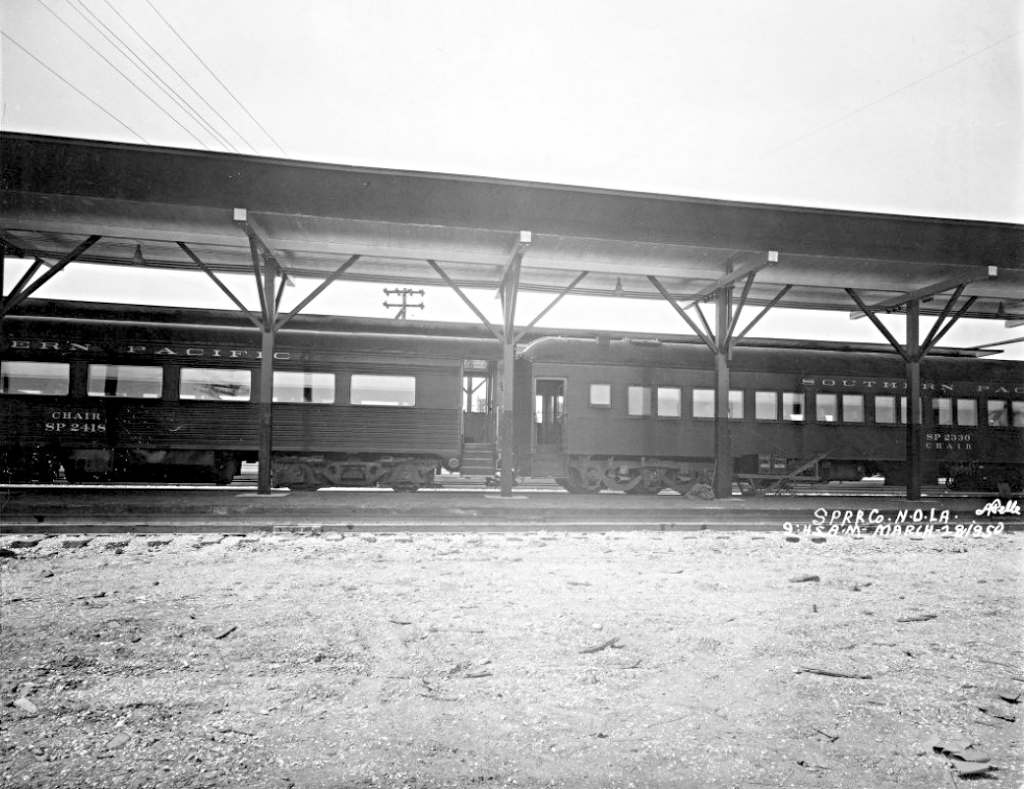 SP “Heavyweight” cars of the type used on the Argonaut, at Union Station, 29-Mar-1950

While the Sunset Limited was a luxury train, the Argonaut meant economy travel. The trip from New Orleans took fifty hours. SP operated mostly coaches on the Argonaut, with one or two sleepers. The Argonaut got you there, maybe with a stiff back from two days in a coach seat, but you got there.

SP began the Argonaut in 1926. The journey originally took over 61 hours, five hours longer than the Sunset Limited. The Argonaut operated sleeper cars from New Orleans to Houston and to San Antonio, westbound. The train operated with a diner car for the entire route. 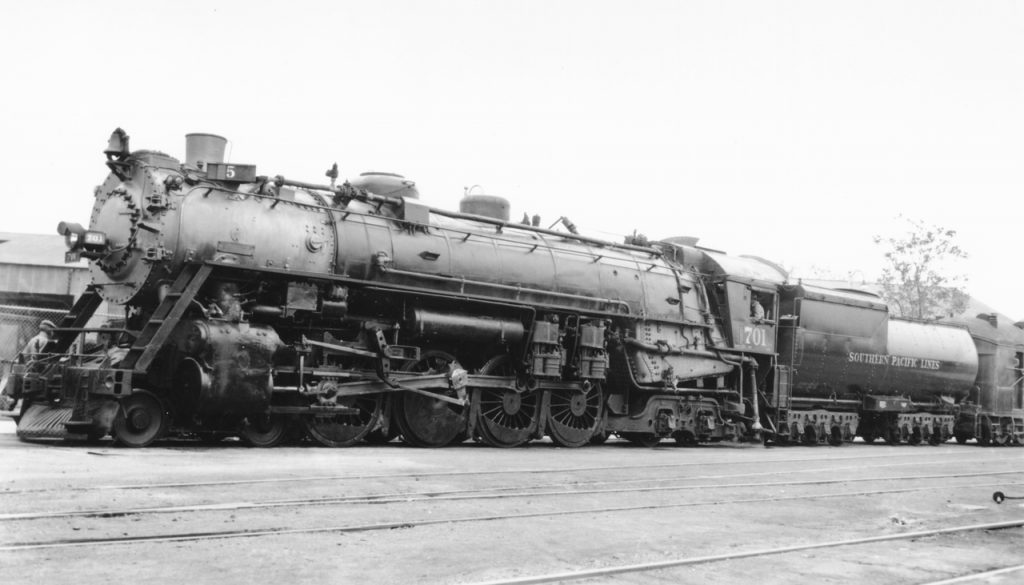 Texas & New Orleans GS-1, similar to those that pulled the Argonaut (State Library of Louisiana)

Until the 1950s, steam locomotives pulled the Argonaut. The “Golden State” class GS-1 (4-8-4) locomotives owned by SP were most used. By the 1950s, Alco PA-PB diesel units serviced the train.

SP PA-1 locos pulling The Argonaut across the Mississippi and into Union Station (NOPL).

Cars for the Argonaut were “heavyweight” style, seen in the photos above. So, the train was never “streamlined” like many “name trains”. It was an economy offering, so SP didn’t invest much in it. If travelers wanted the luxury and speed of newer rolling stock, they took the Sunset Limited.

Southern Pacific trains initially operated from the Trans-Mississippi Terminal, on Annunciation Street, Uptown. The trains crossed the river via ferry not far from the station. After the construction of the Huey P. Long Bridge, SP trains used Union Station on Howard Avenue. They took the route currently used by the Sunset Limited. So, SP trains used Union Passenger Terminal after its completion in 1954.

SP cut back the Argonaut’s route in 1958, running the train only from New Orleans to Houston. They discontinued the train entirely in the 1960s.