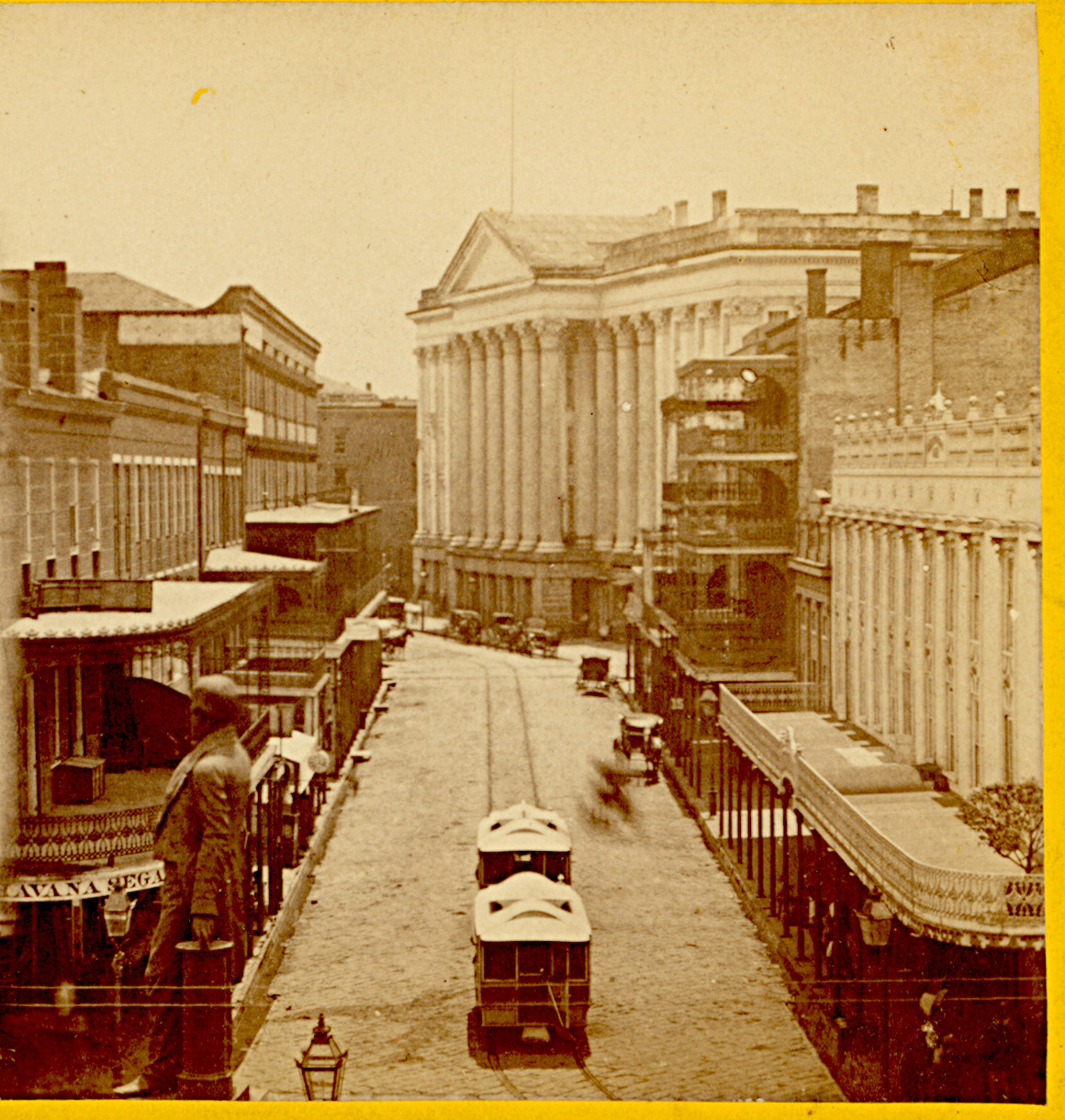 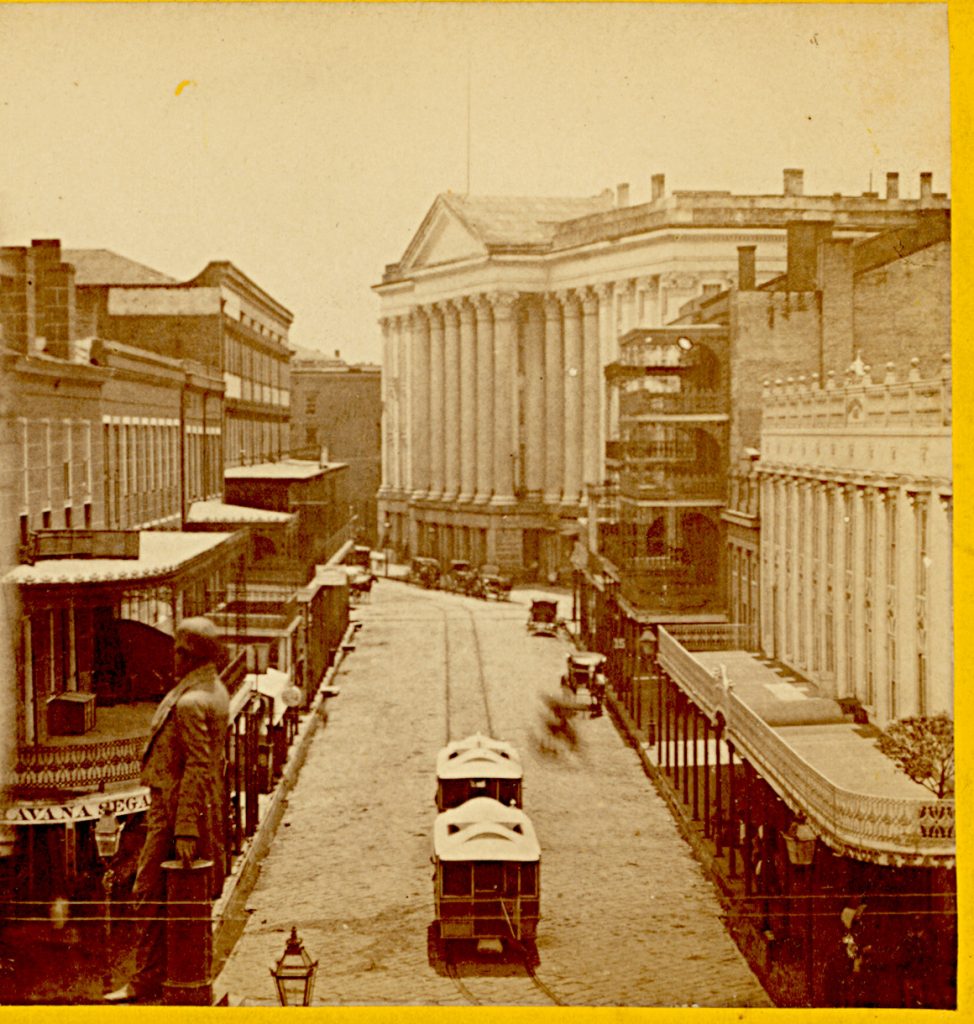 Two “bobtail” streetcars, manufactured by the Johnson Car Company, approaches the St. Charles Hotel in the 1870s. The St. Charles Hotel opened in 1837. The original building was destroyed by fire on January 18, 1851. Therefore, this is the “second” St. Charles Hotel. This building also burned down, on April 1, 1894. The owners rebuilt, and that building remained until its demolition in 1974. An office tower, Place St. Charles, replaced the hotel.

Service began on the St. Charles line in 1834. The operator was the New Orleans and Carrollton Railroad Company (NO&CRR). Initial service was steam-powered, but the noise and smoke forced the company to switch. They chose mule-power. Horses cannot tolerate the New Orleans heat and humidity like mules. The “bobtail” car from Johnson operated on St. Charles. It was well-accepted by riders. The NO&CRR maintained a car facility at the corner of St. Charles and Napoleon Avenues. It included a barn for the mules.

The New Orleans City Railroad (NOCRR) began service on Canal Street in 1861. They also used bobtails. So, by the 1870s, these streetcars ran all over the city.

This image is part of a collection of stereo photographs taken by New Orleans photographer, S. T. Blessing. The Blessing collection ranges from 1865 to 1892, with most of the photos taken in the 1870s. The early 1870s fits for this photo. The bobtails operated on St. Charles until 1893. That was when the NO&CRR electrified the line.

My interest in this particular photo, other than it’s a great shot of the 200 block of St. Charles, is for a fiction project. My story begins in 1861. So, the St. Charles Hotel was ten years old then. It was a focal point for social and business gatherings in the “American Sector” of the city.