All Souls, All Saints, and All Hallows Eve 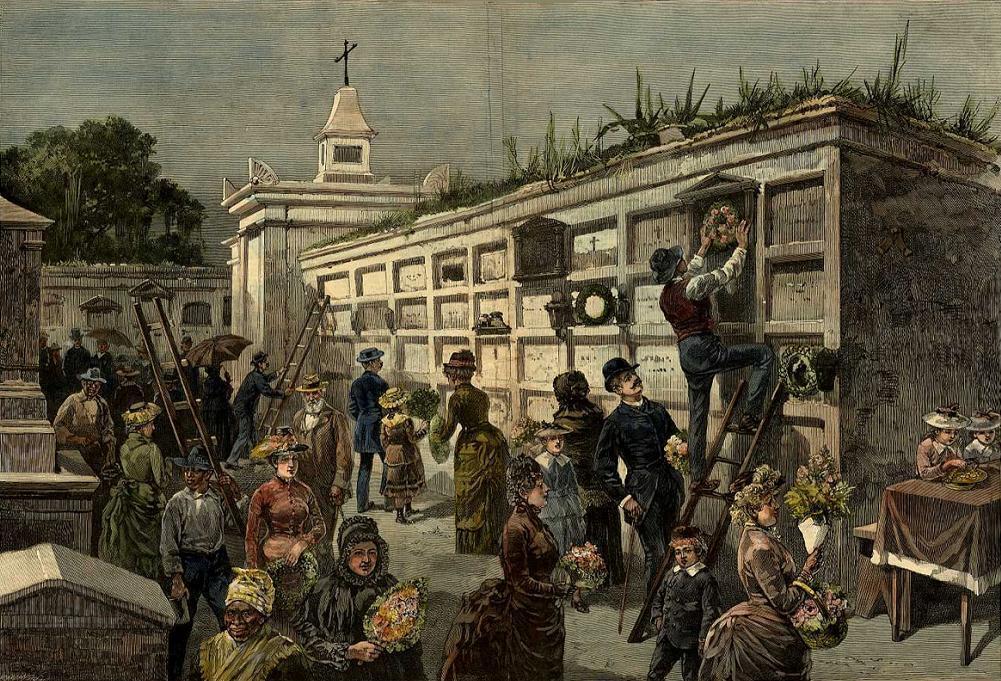 All Saints, All Souls, and All Hallows Eve – our above ground cemeteries figure in the days’ observances. 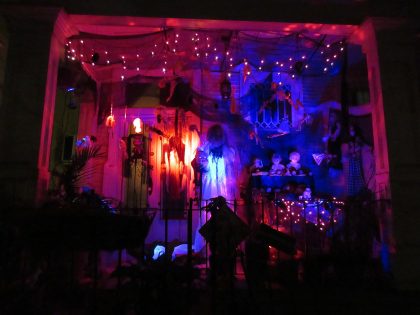 All Souls, All Saints, and All Hallows Eve

Ghosts and ghouls and goblins! All Hallows’ Eve is upon us! New Orleans never lacks for an excuse to party. Halloween provides a fun theme. Even in New Orleans, the season offers more than jack-o-lanterns, black cats, and witches on broomsticks. On Halloween, Catholics gear up for the really important day: The Feast of All Souls, on November 2. 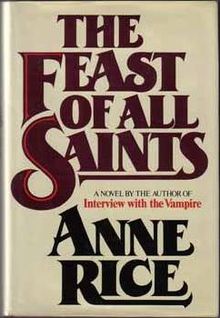 Feast of All Saints, novel by Anne Rice

Halloween wasn’t really A Thing in New Orleans until the 1980s. Anne Rice’s first novel of her “Vampire Chronicles” dropped in 1976. The series enticed people. Readers accepted the notion of vampires in New Orleans. Combine this with other authors like Billy Martin (writing as Poppy Z. Brite),, writing about paranormal New Orleans. It was as if we always had vampires. Add The Witching Hour and Rice’s other “Mayfair Witches” stories. Halloween and New Orleans connected. 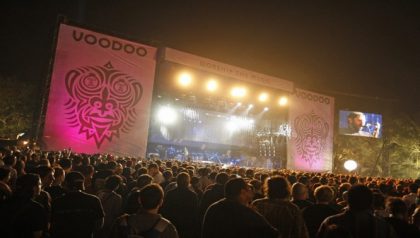 Voudon doesn’t have a lot of connection to Samhain or All Hallows Eve. St. John’s Eve, at midsummer, was always the big “feast day” for followers of Voudon. While the focus should be on the Celtic traditions, Voudon gets caught in the mix. The annual Voodoo Music Fest contributes to this, much to the dismay of those who don’t approve of the mashup. 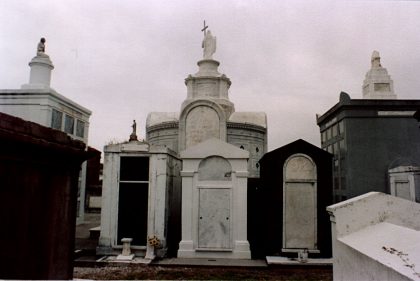 The Catholic Church recognizes individuals believed to be in heaven as saints. (New Orleans recognizes football players wearing black and gold as Saints). While conclusive evidence of such a state is hard to come by, Catholics make it happen. So the Church looks for supernatural events after a person’s death. Those taking up the “cause” of a prospective Saint attribute “miracles” to them. A sick person prays to a holy person for intercession. Their illness passes. The Church calls that a miracle. So, the Pope declares the holy person a saint. 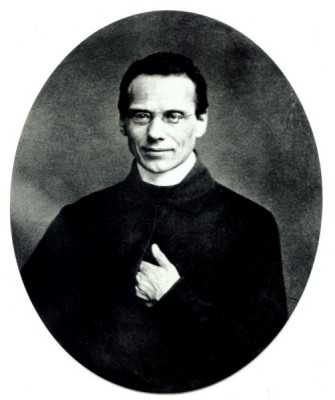 Martyrs, those who give their lives defending their faith, are believed to go immediately to heaven, which is why the yearly calendar of saints’ feast days includes a large number of them. In fact, the first recorded general recognition of saints was in 609, when Pope Boniface IV consecrated the Pantheon in Rome for the Blessed Virgin and all martyrs. May 13 was designated the date this event would be commemorated. During the papacy of Gregory III (731-741), the recognition of “all saints” was moved from May 13 to November 1. This commemoration gave the Church a “catch-all” day, where folks could pray for their “personal saints,” family and friends who they believed were in heaven but would never be formally recognized by the Church as such.

The tradition of All Hallows (All Saints) is a strong one, but it’s still secondary in New Orleans. Faithful Catholics rise and go to Mass on November 1st. So, then they head out to the cemeteries. They clean up and prepare their family tombs for November 2nd. That’s the “Commemoration of all the Faithful Departed.” Catholics call the day, the Feast of All Souls.

While most people don’t want to believe that Grandpa is burning in the fiery pit for all eternity, maybe he wasn’t as good a person as he could have been. Catholics have a solution for that situation: Purgatory.

The idea was, since Grandpa wasn’t ready to go directly to heaven, he had to make a stop along the way, for purification. This pit stop was worked up over centuries into an elaborate system, where the faithful could pray for a “reduction in sentence” as it were, for their loved ones that were in Purgatory. Knowing that Grandpa wasn’t on the express train motivated Grandma to make sure the family tomb was kept up well and prayers regularly said for the repose of his soul. Since November 2 was a work day (the day before often is a holiday in Catholic-dominated countries), any clean-up projects at the cemetery had to be done on the day before. 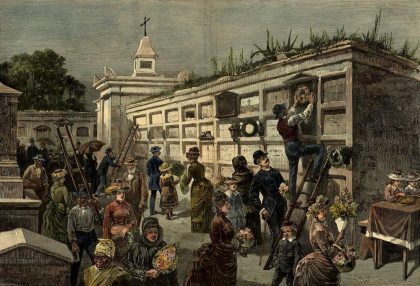 Fixing up the Family Tomb

Cleaning up the family plot is often a bit more complicated in New Orleans than other parts of the United States, because we regularly bury our loved ones above-ground. The New Orleans cemetery tour guides will tell stories of how this had to be done in the early years of the city, since burying coffins below sea level would force them to the surface as the water table would rise. The truth of the tradition is a bit more simple (and obvious): above-ground burial was something that came over to New Orleans from France. Above-ground tombs gave families a better focal point for visiting the departed and praying for a remission of their time in Purgatory.

These tombs are usually made of regular brick-and-mortar, then plastered over and whitewashed. Catholic cemeteries in New Orleans were usually constructed by the various ethnic groups that made up the city’s faithful. The French-Spanish-African Creoles had the original St. Louis cemeteries in Faubourg Treme and Faubourg St. John. The Irish built the St. Patrick’s cemeteries at the head of Canal Street, and the Germans had their cemeteries dedicated to St. Joseph on Washington Avenue. 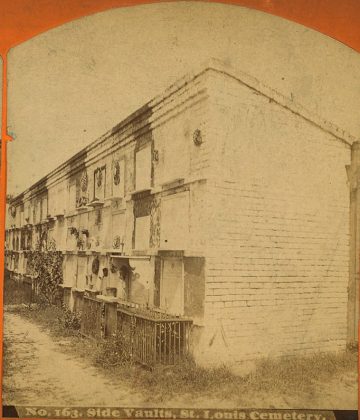 The heat and humidity of the city’s climate takes its toll on those structures. They require periodic maintenance. Families share tombs. They also share the maintenance duties.

So, the adult children go out to the cemetery with Grandma on All Saints Day. The kids come along, of course. So the scene in the cemeteries was often quite festive. Everyone spruced up their tomb. What started as work details became picnics where families that grew apart would come together for a very worthy cause. Siblings and cousins could catch up with each other, and Grandma was able to go to the cemetery regularly for another year with her head held high.

Happy Halloween, Blessed Samhain, All Saints and All Souls!