Buried streetcar tracks are fun but not all that rare 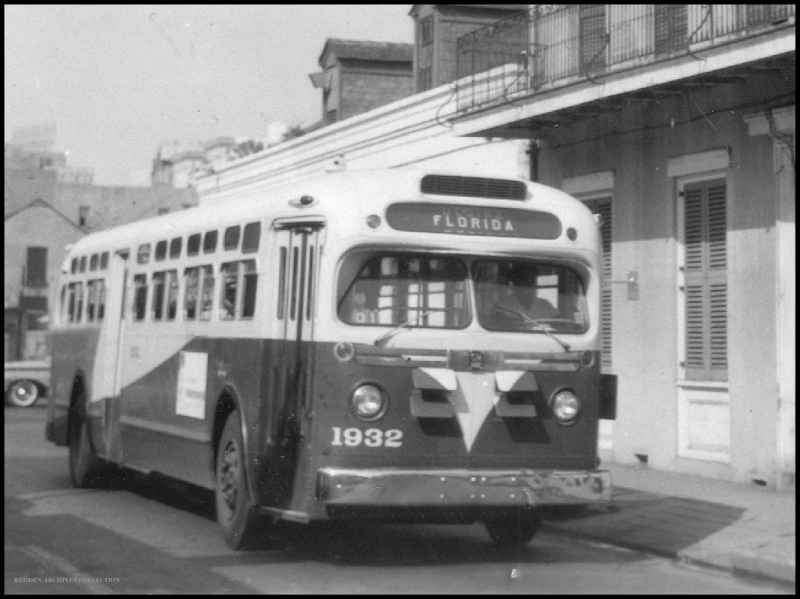 Buried streetcar tracks are all over New Orleans 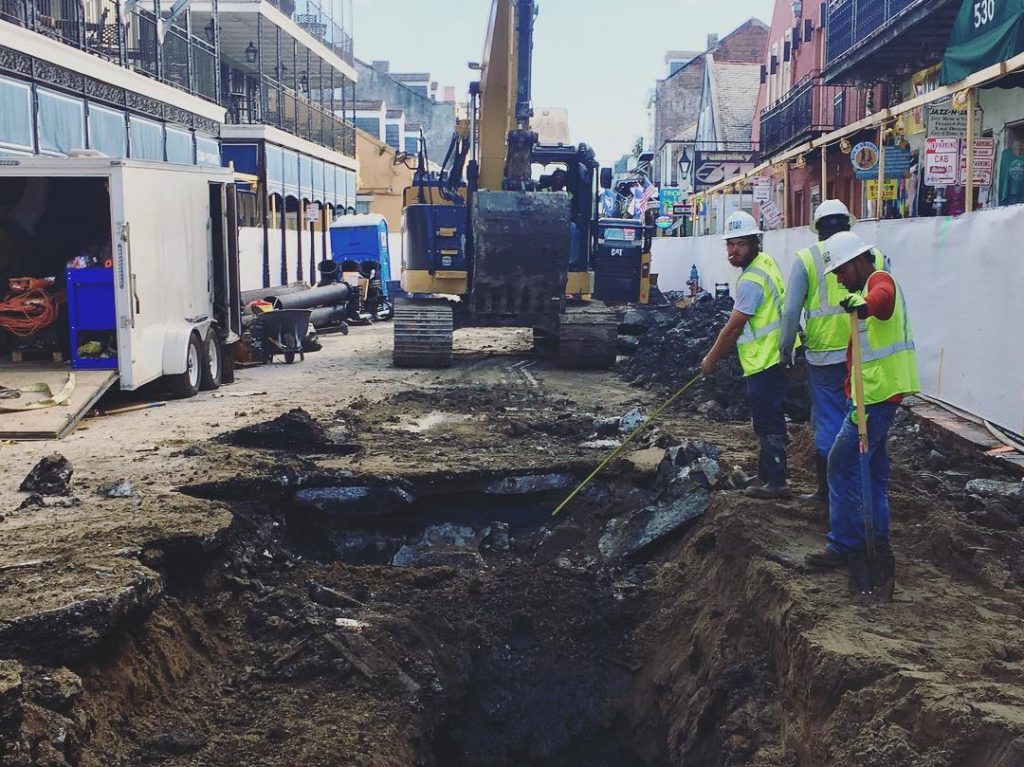 The city, on its RoadWorkNOLA page on Facebook, posted a neat find–ties from streetcar tracks under the existing concrete of Bourbon Street. Streetcars operated on Rue Bourbon in the Quarter from 1902 to 1948. 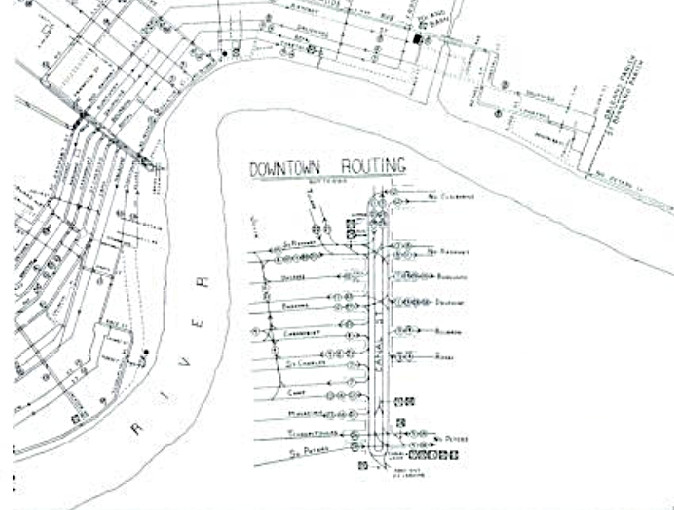 NOPSI transit map 1922, showing Desire going out on Bourbon and returning on Royal

The Carondelet streetcar line opened for business in 1866. The line crossed Canal Street in 1902, traveling down Bourbon, out to the Ninth Ward. Streetcars returned downtown via Royal Street. In 1919, streetcars on the Carondelet line changed signs when they traveled all the way to Desire Street. By 1920, New Orleans Railway and Light Company split the Carondelet line. The original route from 1866 returned. The Desire line opened for business on October 17, 1920. Desire serviced the French Quarter. Streetcars ran outbound on Bourbon and inbound on Royal. 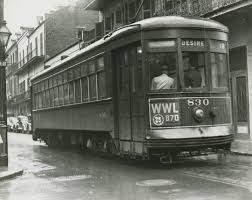 While Carondelet used mule-drawn streetcars on the original route, electric cars ran on the line when it crossed Canal. Electric streetcars replaced mule-drawn cars in New Orleans by 1900. So, the Carondelet extension to the Ninth Ward operated electrics. Desire continued with those streetcars.

Ford, Bacon and Davis single truck streetcars operated on Carondelet in 1902, Therefore, the Desire extension used the same single-truck cars. The line switched to double-truck streetcars in 1924. The arch roof 800s and 900s phased out the older double-trucks in the second half of the 1920s.

The Desire line switched to buses in 1948.

Tearing up the tracks

The War Department refused requests from NOPSI to convert many of the streetcar lines to buses. during WWII. So, those ties found by the work crew are likely from then. After the war, the federal government approved bus conversions.

NOPSI and the city did not rush ripping up streetcar tracks in the 1940s and 1950s. NOPSI riders approved the switches in this period. It wasn’t until the early 1960s that preservationists took notice of streetcars. NOPSI planned to convert the Canal line in 1958. They implemented the plan in 1964. The company cut down the overhead catenary lines on Canal Street within hours of the switch in May, 1964. The city ripped up the tracks over the next two months.

This was quite the exception to previous conversions. So, a lot of streetcar tracks still exist. Digging a bit deeper reveals others. It isn’t rare, but it’s fun to see.