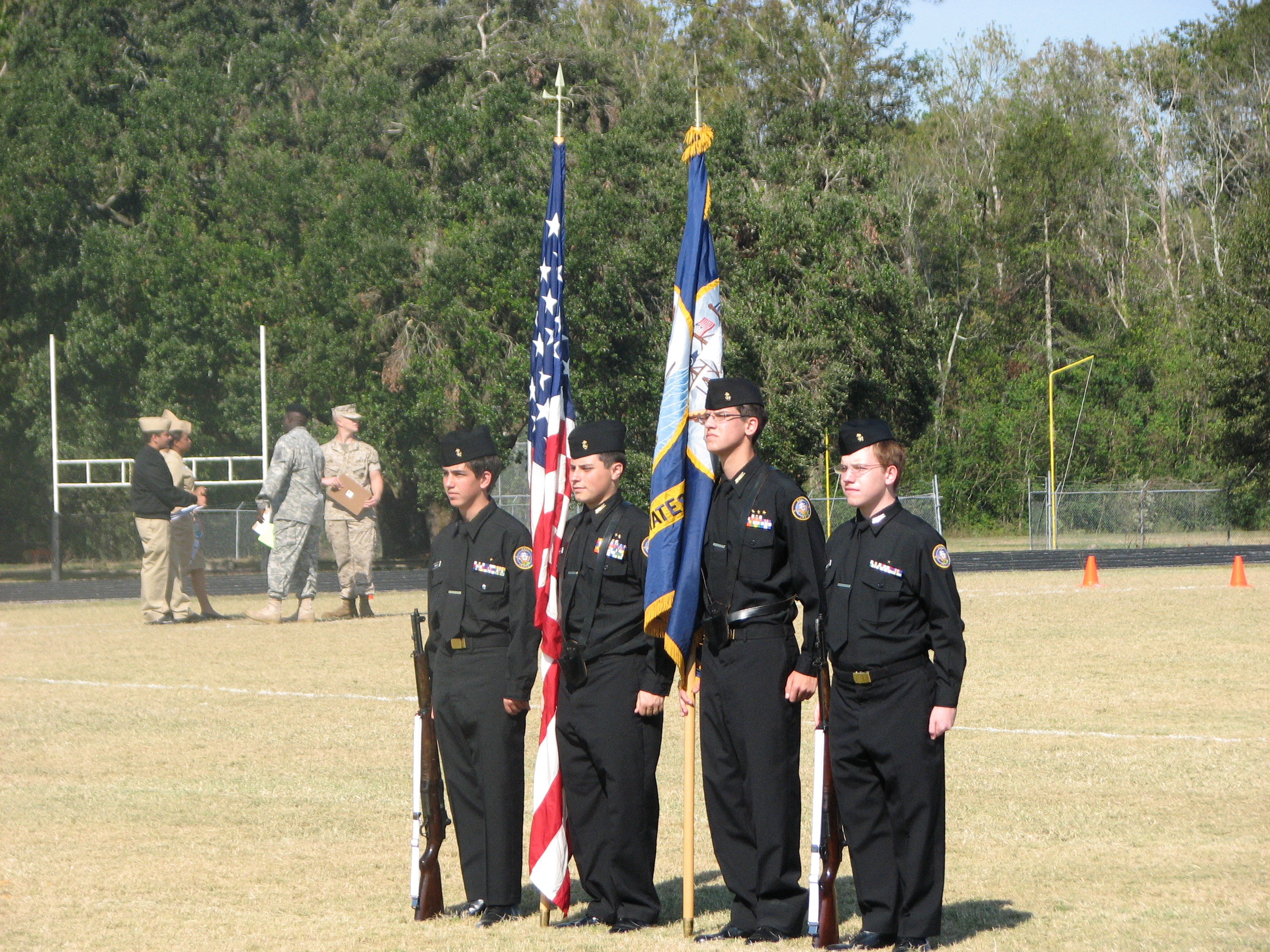 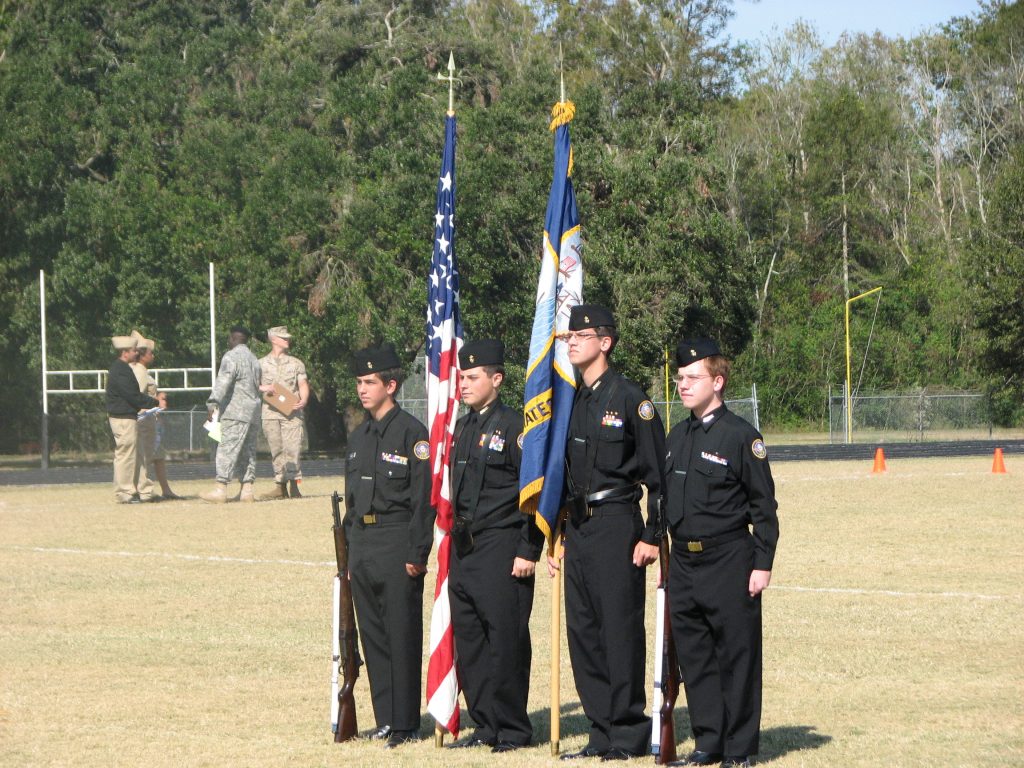 NJROTC was a citizenship program

NJROTC began at St. Aloysius in the 1967-1968 school year. The unit continued in the final year on Esplanade and N. Rampart, then moved to Elysian Fields Avenue. So, when BMHS opened, all sophomores, juniors, and seniors were required to participate in NJROTC. Therefore, this meant taking Naval Science classes and drill.

To appreciate the size of the unit, visualize what you saw at a “Regimental Review”. The events happened on the back practice field. Up front was the regimental staff. A Cadet Commander (who wore five gold bars) led the regiment. An Executive Officer (C/LTCDR), two C/LT staff officers, and a Regimental CPO (C/MCPO) comprised the staff. So, the band stood behind the staff. This was the full band. Freshmen in Marching Band received the blue uniform.

Behind the band were the battalions and the color guard. Each battalion consisted of five companies of 90-100 cadets each. Each battalion had a staff consisting of a commanding officer (C/LTCDR), executive officer (C/LT), two staff C/LTJGs, and a battalion CPO (C/SCPO) So, behind the staff were the companies. Each company was commanded by a C/LT, company executive officer (C/LTJG) and had a company chief (C/SCPO). The Platoons were each commanded by a C/LTJG or a C/ENS) and a company chief (C/CPO)

The Color Guard took up a position between the battalions, behind the band. The Drill Team was close to the school building, on the right hand side. This was a Big Deal, in terms of showing off the unit to the Cold War Navy and general public.

All students wore the Navy-style khakis as a daily uniform. Each cadet was issued service-dress blues as well. This uniform consisted of navy blue trousers, white shirt, black necktie, and a navy blue, double-breasted six-button jacket. So, cadets wore a khaki garrison cap on drill days (and for regimental reviews in warm weather). Cover for service dress was a white combination cap.

Officers and chiefs wore their rank insignia on the collars. Senior cadets wore an anchor on each collar, juniors one anchor on the right collar. Sophomores wore no insignia.

Cadets in the unit had the option of wearing Navy-issued khakis, or buying their own uniforms at Perret’s on Royal Street. Therefore, the advantage of buying your own was you could get permanent press. The Navy-issue khakis were all-cotton, and had to be ironed.

When my now-LT Firstborn (2006) was in NJROTC, they wore uniforms similar to the cadets in this photo. They wore a short-sleeved white shirt in warm weather, and the all-blue uniform shown here on cool-weather drill days.

So, there was always a bit of controversy surrounding the unit. Some of the BOSH objected to the “militarization” of the school. Consequently, NJROTC prompted debate at the time of the merger. Prior to NJROTC, both St. Aloysius and Cor Jesu had no uniform. The Brothers on the CJ faculty had concerns. Making NJROTC mandatory disturbed some of the faculty. That policy changed in my senior year, 1975-1976. So, that year, NJROTC was made optional. Students had a choice, take NJROTC or PE. The size of the unit dropped to around 800, and decreased annually from there. The modern unit is organized as a company.

I wrote this from memory. My NJROTC experience has a huge gap. I was a cadet in the 70s. I picked up interest again when LT Firstborn joined as a freshman in 2001. As a result, this may be off a bit. Please share your memories of NJROTC!