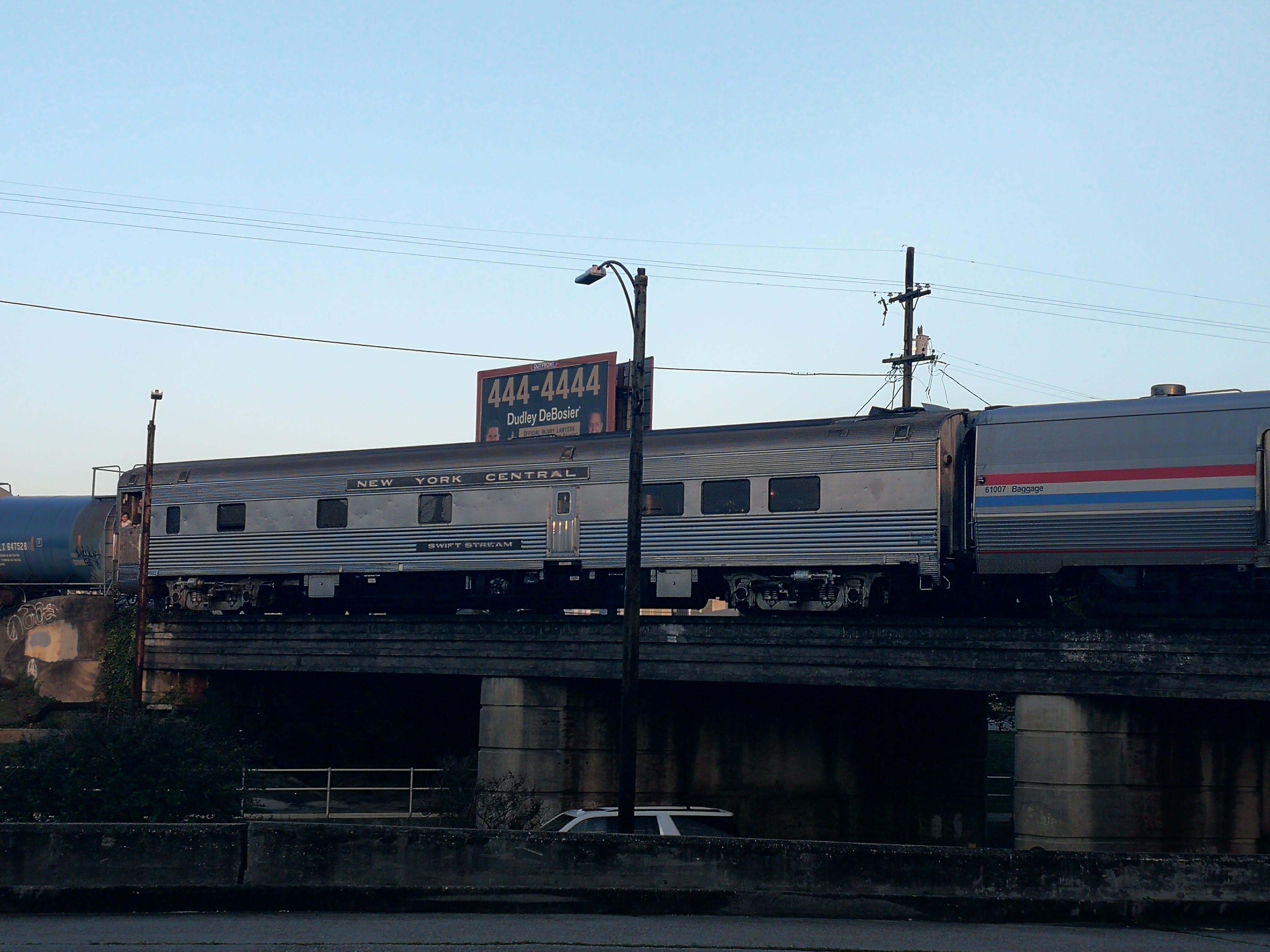 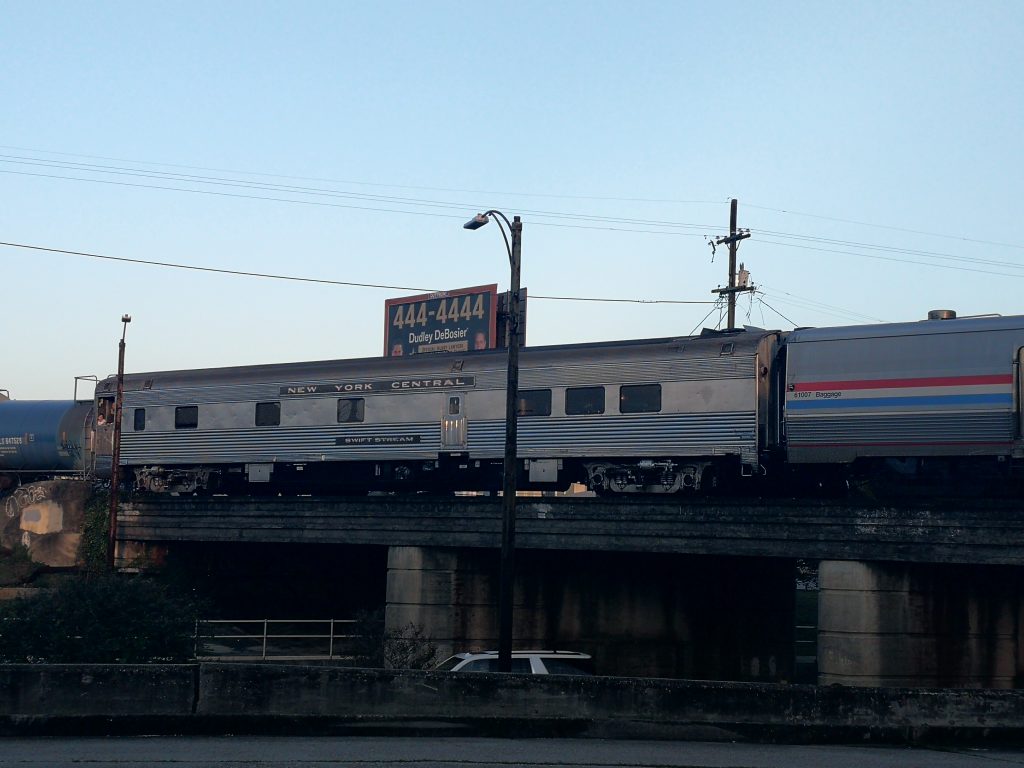 Yesterday’s Amtrak Crescent (#20, heading from New Orleans to New York City) pulled a guest. Budd built the Silver Swift for the New York Central in 1949. NYC Investments operates Swift Stream as a private car. It is available for charter.

The New York Central Railroad ordered eleven Buffet-Lounge cars from Budd in 1949. They became the “Stream” series. The Edward G. Budd Manufacturing Company built passenger rail cars to compete with the Pullman Company. Edward Budd built all-steel automobile bodies when he founded the company in 1913. Edward sold his designs to Dodge. The company invented a technique of welding stainless steel components together called “shotweld”. Budd used shotweld to build “streamliner” passenger rail cars. The manufacturer sold these cars to various railroads from the 1930s through the 1960s. Budd discontinued its passenger car division in the 1970s.

While Budd built more of its “Slumbercoach” line of sleeper cars, the “Streams” offered railroads a comfortable option for their streamliner trains. The Streams had six bedrooms, a kitchen, and seating for twenty-two. Here’s a list of the eleven cars and their status (as of 2013).

Here’s the info on the car on Railway Preservation News (link above):

This post on the forum has a nice bibliography that railroad historians will appreciate.