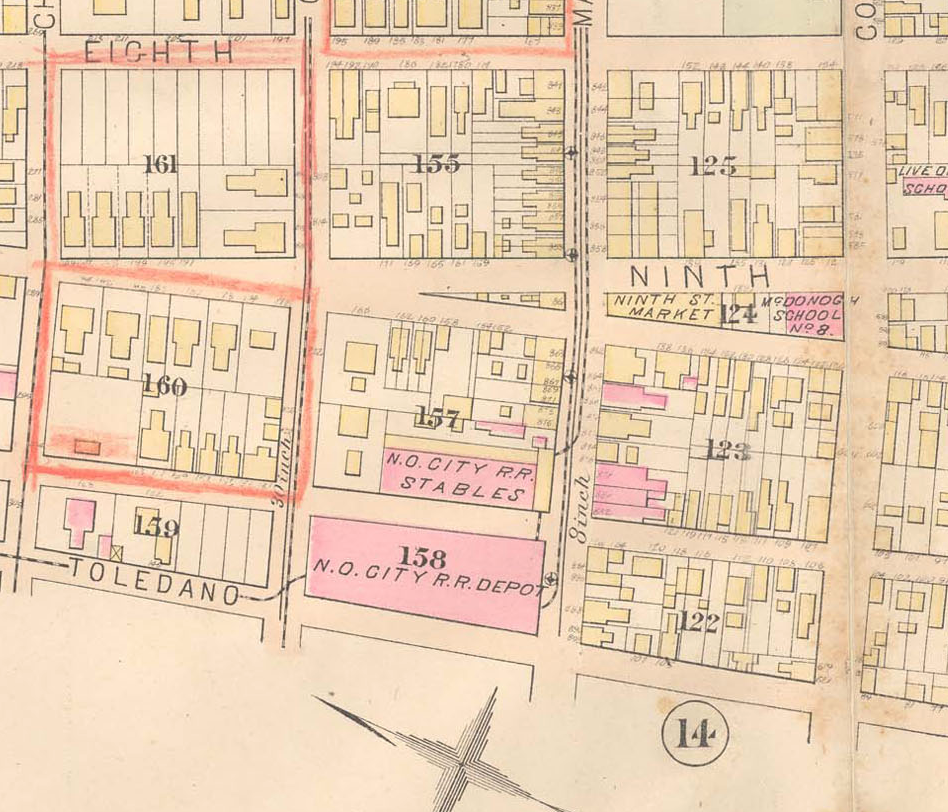 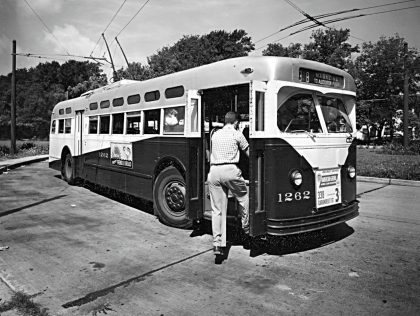 The combination creates a dense area. Neighborhoods grew, usually as plantations fronting the river were subdivided and sold off by their owners. As each plantation became a residential neighborhood, open-air markets, shops, schools and churches appeared. 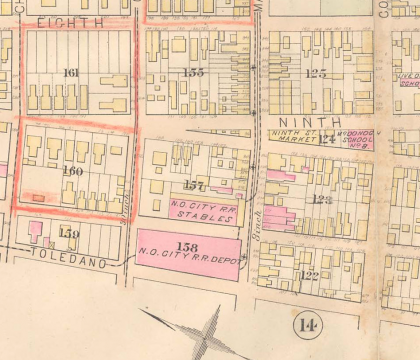 1883 Robinson Atlas of New Orleans, showing the corner of Magazine and Toledano.

At Toledano, NOCRR operated a car barn and stables. Streetcars turned around by going through the car barn. They then returned the same route. The company expanded the line in 1883, running Magazine all the way to Audubon Park. NOCRR electrified the line in 1895.

NOCRR operated single-truck streetcars on Magazine after electrification. They replaced the single-trucks initially with Brill double-trucks, then “Palace” cars. NOPSI phased out the “Palace cars” with arch roofs, until 1930.

NOPSI converted the Magazine line to trackless trolley service on November 30, 1930. Therefore, trolley buses meant NOPSI only needed one employee per bus, the driver. The city required two-man operation of streetcars. So, NOPSI cut labor costs dramatically when a line converted from streetcars to buses, even electric ones.

NOPSI converted Magazine from electric buses to diesel ones in 1964.