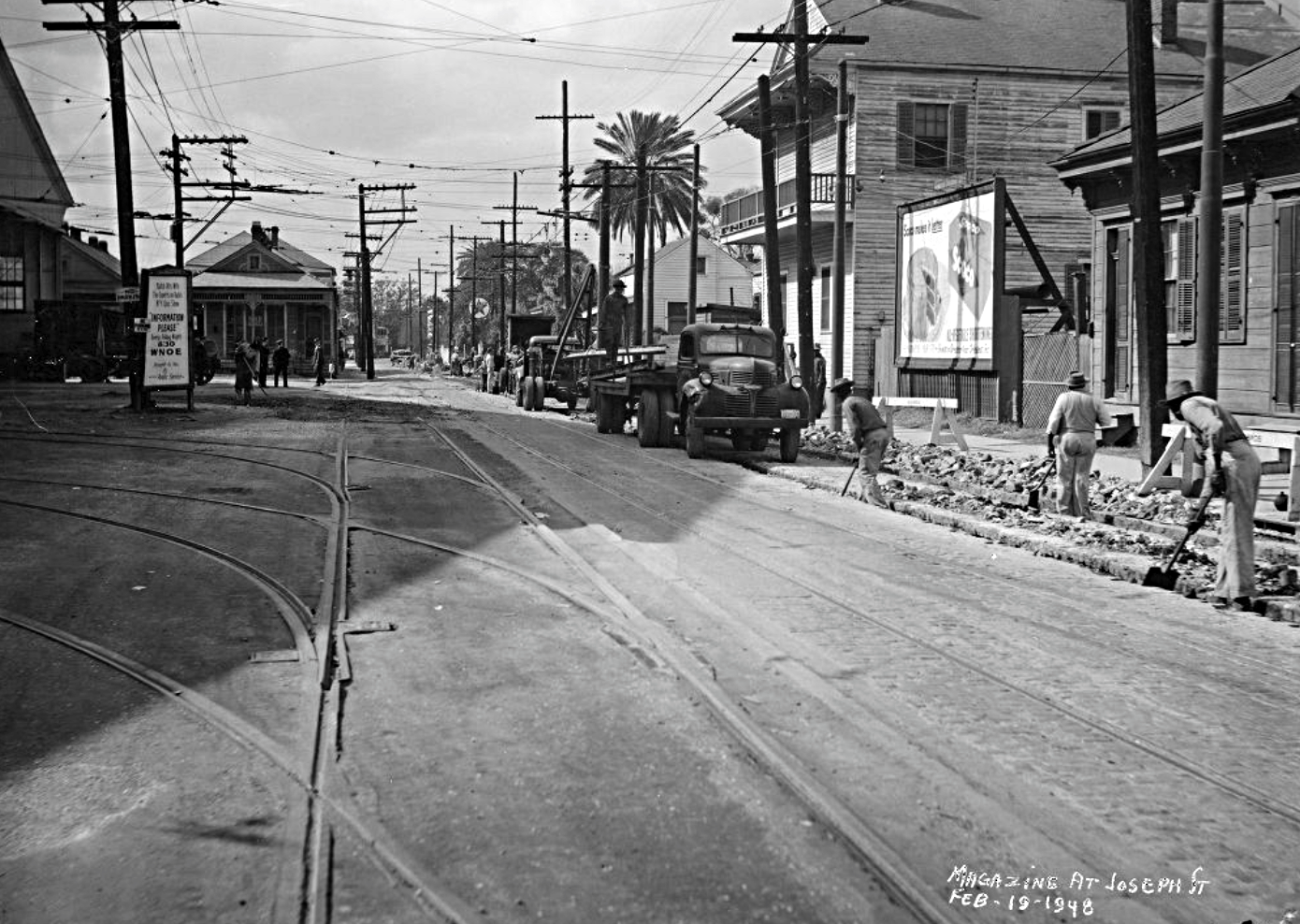 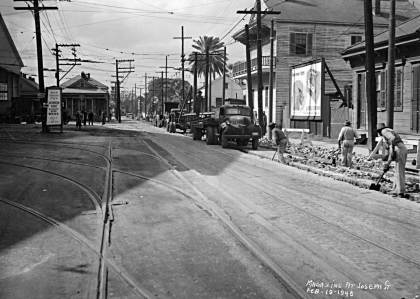 The big barn at Magazine and Arabella Streets serviced streetcars until 1948. NOPSI needed a bus facility uptown. So, they operated Arabella as a bus barn. 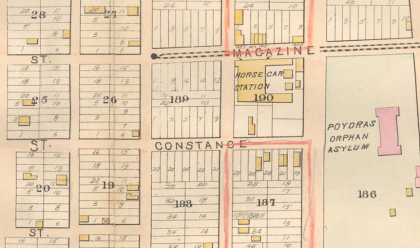 The Crescent City Railroad Company built Arabella Station in the 1880s. They operated the barn at Octavia and Magazine. CCRRCo acquired the barn from the Magazine Streetcar Company. The company outgrew that barn. So, they moved down a couple of blocks, to Arabella. Crescent City Railroad merged into the New Orleans Traction Company. That company merged into New Orleans Railway and Light. Eventually, transit re-organized into New Orleans Public Service Company, Inc. 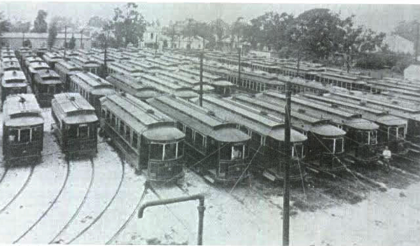 Under NOPSI, Arabella Station housed streetcars for the Uptown lines operating from St. Charles to the river. So, Carrollton Station serviced the St. Charles line and the “uptown backatown” lines. In this photo from 1920, 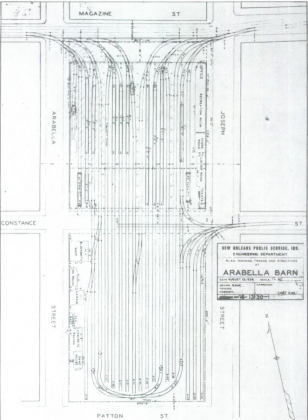 While Carrollton Station’s layout is, enter from the rear, exit to the front, Arabella Station used Magazine Street for both entrance and exit. The barn occupied the block from Magazine to Constance Street. The block between Constance and Patton Streets was the outside trackage you see in the 1920 photo. 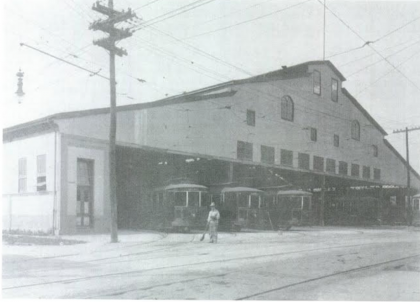 In and out on Magazine Street made sense. The streets were tight. Therefore, going around the barn was tough. These 1920 photos show the hustle-bustle of streetcar operations uptown. 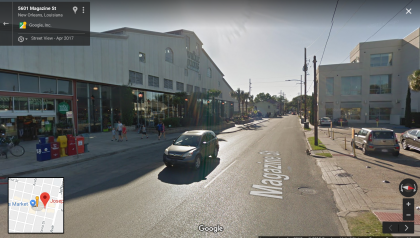 Arabella Station became a Whole Foods Market in 2002. You can still see some of the old tracks in the back parking lot. Compare this Google street view with the 1948 version!