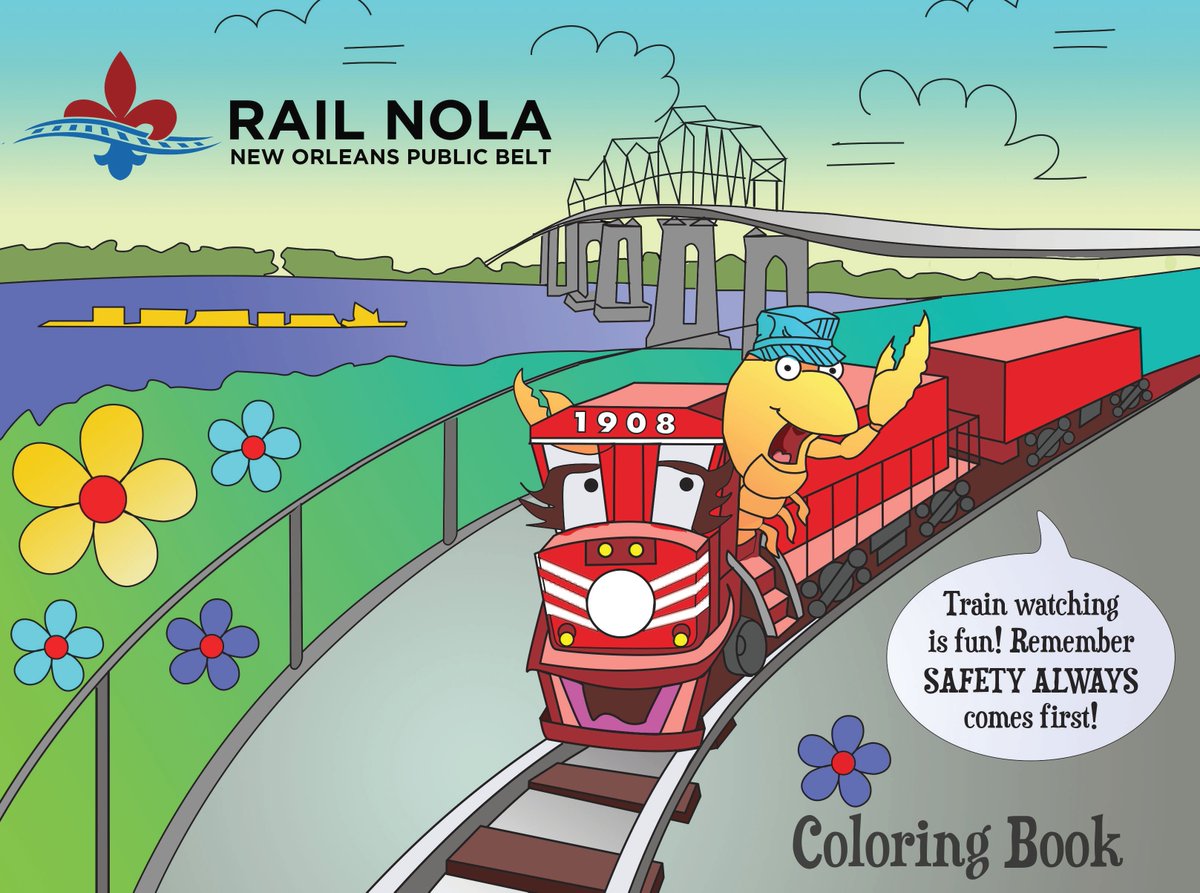 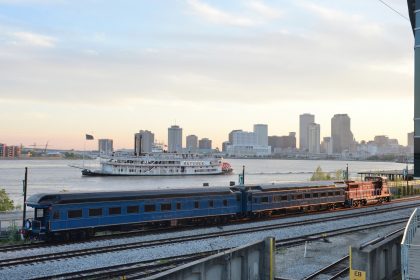 NOPB launched an updated website this Fall. They also unveiled a new logo for the system. The Class III railroad opened for business in 1908. They own a number of facilities in the city and Jefferson Parish. 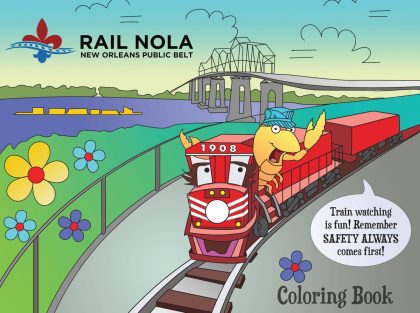 The Public Belt Railroad connects the wharves with the Class I railroads. Cargo from ships transfers to rail via NOPB. The railroad’s engines pull up to the 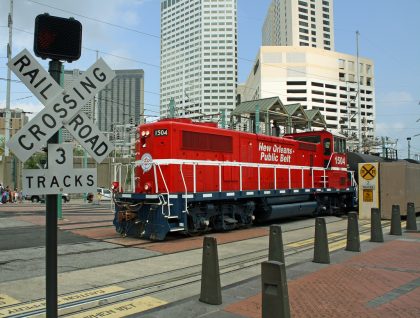 Train horns in the French Quarter mean there’s a NOPB train coming by. NOPB tracks run parallel to the wider tracks for NORTA’s Riverfront streetcar line. In fact, NORTA started Riverfront on a standard-gauge track. NOPB transferred ownership to the transit company. NORTA added a passing siding to that single track. Riverfront was born in 1988. 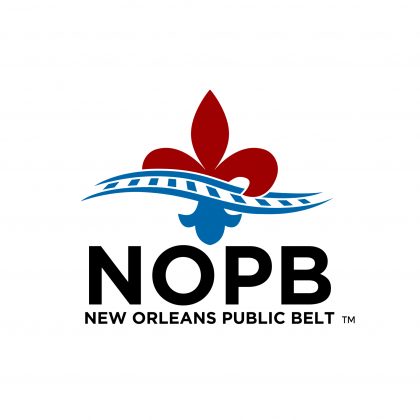 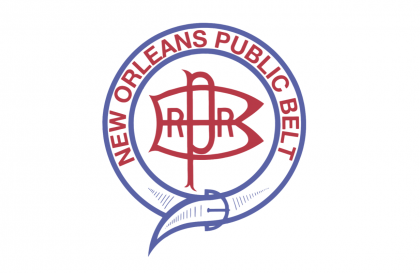 In addition, NOPB owns and operates the Huey P. Long Bridge. The railroad connects to numerous facilities owned by the Port of New Orleans. They link those facilties to the Class I yards in the area.

The New Orleans Public Belt Railroad headquarters is located at Tchoupitoulas and Leake Streets, Uptown. Their engine terminal is behind the office building. NOPB operates one of the few remaining turntable/roundhouse terminals in the region.