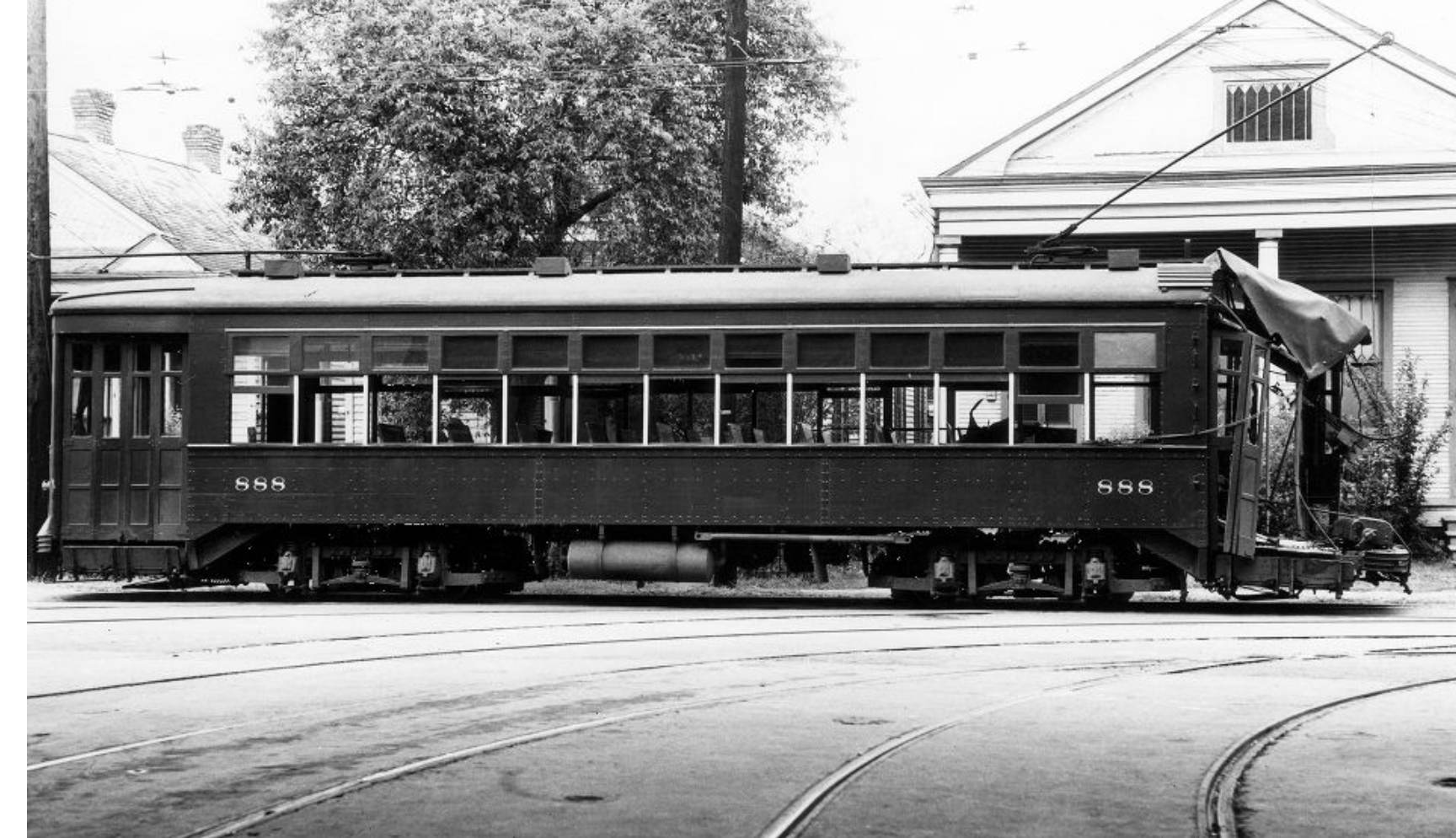 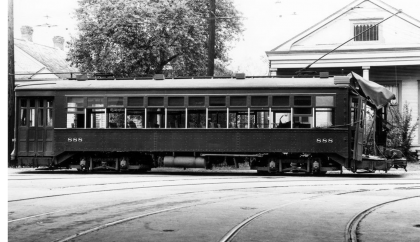 NOPSI 888 at Carrollton Station, after a traffic accident.

Just this week, a garbage truck turned in front of NORTA 900, on Canal Street. Streetcar accidents happen once or twice a year.

Today’s photo shows NOPSI 888 with one end bashed in. The photo was shot on 13-May-1947. An automobile hit the streetcar earlier that day. Several lines still operated streetcars in 1947. The photographer notes the date, but not the circumstances of the accident.

Streetcar accidents began when automobiles took to the streets. In my book, New Orleans: The Canal Streetcar Line, I’ve got a photo of a Ford Model T, right after it encountered a streetcar. The accident occurred in front of Warren Easton High School, in 1914. The automobile lost.

Streetcar-versus-automobile accidents present challenges for all concerned. Damage to the vehicles generates repair expenses. The transit operator (in this case, NOPSI) has to deal with claims from riders. Those claims often lead to lawsuits. While the transit operator is usually not at fault, the company has the deeper pockets. Drivers carry insurance, but often not enough to settle injuries for 10+ transit riders.

NOPSI’s lawyers retained a photographer. Charles Franck Studios had the job for years. They sent out a photographer to accident scenes. NOPSI towed the wrecked streetcars back to Carrollton Station. The photographer documented the damage. Those photos ended up as evidence in lawsuits.

This streetcar is part of the 800-series. They looked almost identical to the 900s currently running on the St. Charles Line. These streetcars used mechanical doors, not unlike a school bus door. The 900s have automatic doors.

NOPSI retained 35 of the 900-series when the Canal line ended streetcar service in 1964. With only a couple of exceptions, they destroyed the 800s.

This Franck Studios photo is part of the HNOC collection. Since NOPSI received city subsidies for transit operations, the photo is in the public domain.