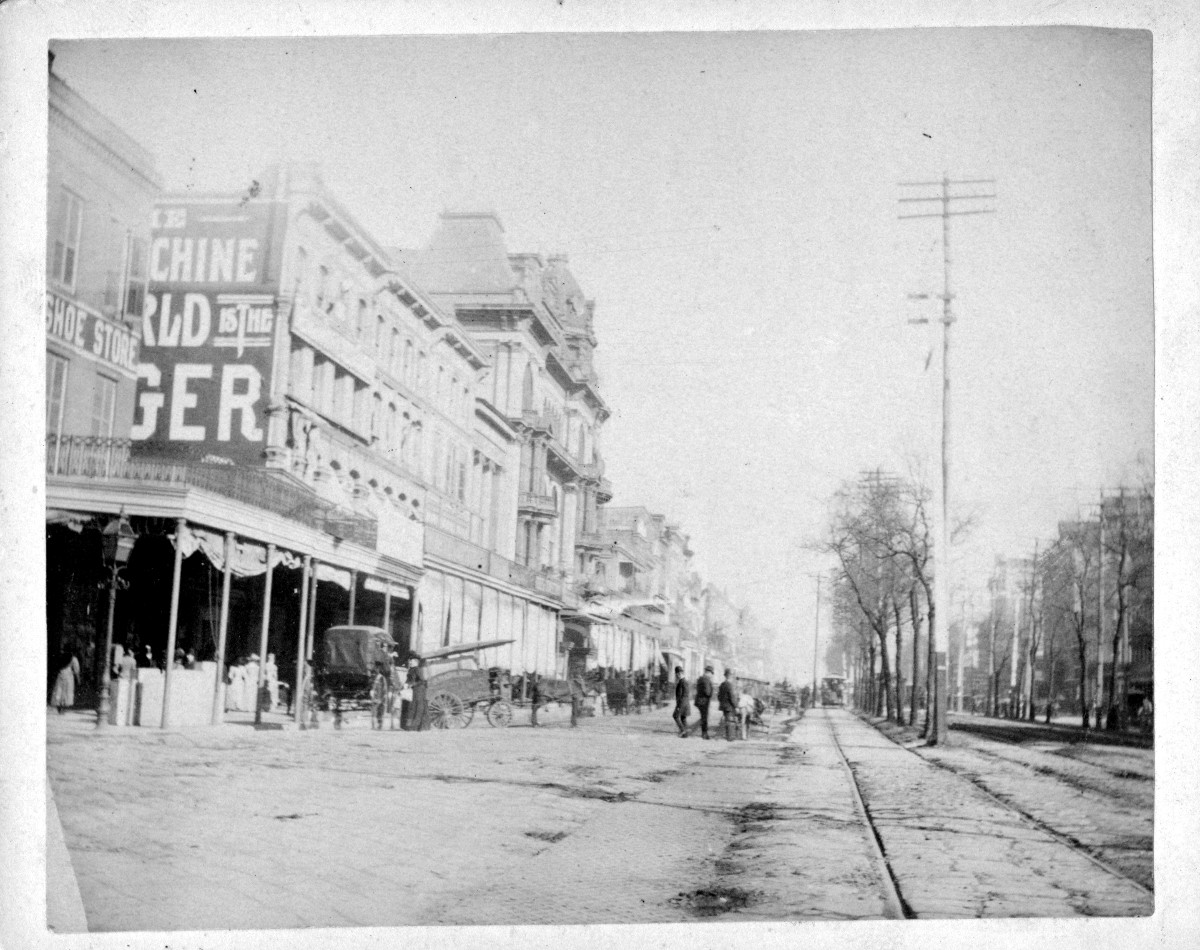 Chartres Street was one block down from the Clay Monument 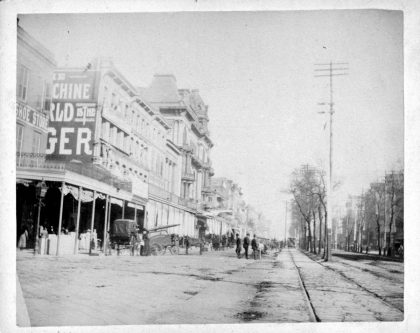 From the book, New Orleans: The Canal Streetcar Line, this is a Mugnier photo of Chartres Street at Canal. The Custom house is barely visible in the background. The trees in the neutral ground masked the streetcar tracks and activity. Because this is a winter photo, they’re barren.

The shoe store at the left of the photo anchors the Touro Buildings in the 700 block. The 600 block lacks the Godchaux Building. That dates the photo prior to 1892. The electric pole means the photo dates no earlier than 1890. The bare trees indicates this is likely the winter of 1890-91.

Leon Godchaux, the sugar magnate, demolished the buildings on 600 Canal in 1891. In their place, he erected a six-story retail/office building. That building survived until 1969. It was demolished to make way for what is now the Marriott Hotel Canal Street.

When I wrote the Canal streetcar book in 2004, I didn’t give much thought to “fading signs.” Even later on, when I wrote the Maison Blanche book, I looked past most of them. The new book changed the way I look at some of these photos. Because I’ve examined most of the walls of Canal Street buildings, this ad at Chartres and Canal caught my eye. I didn’t remember it. That’s because it vanished a year after this photo! Godchaux’s building contained too many windows to make a solid canvas for an ad.

The
Machine
World is the
<something> GER

I can’t make sense of that. Anybody have an idea?