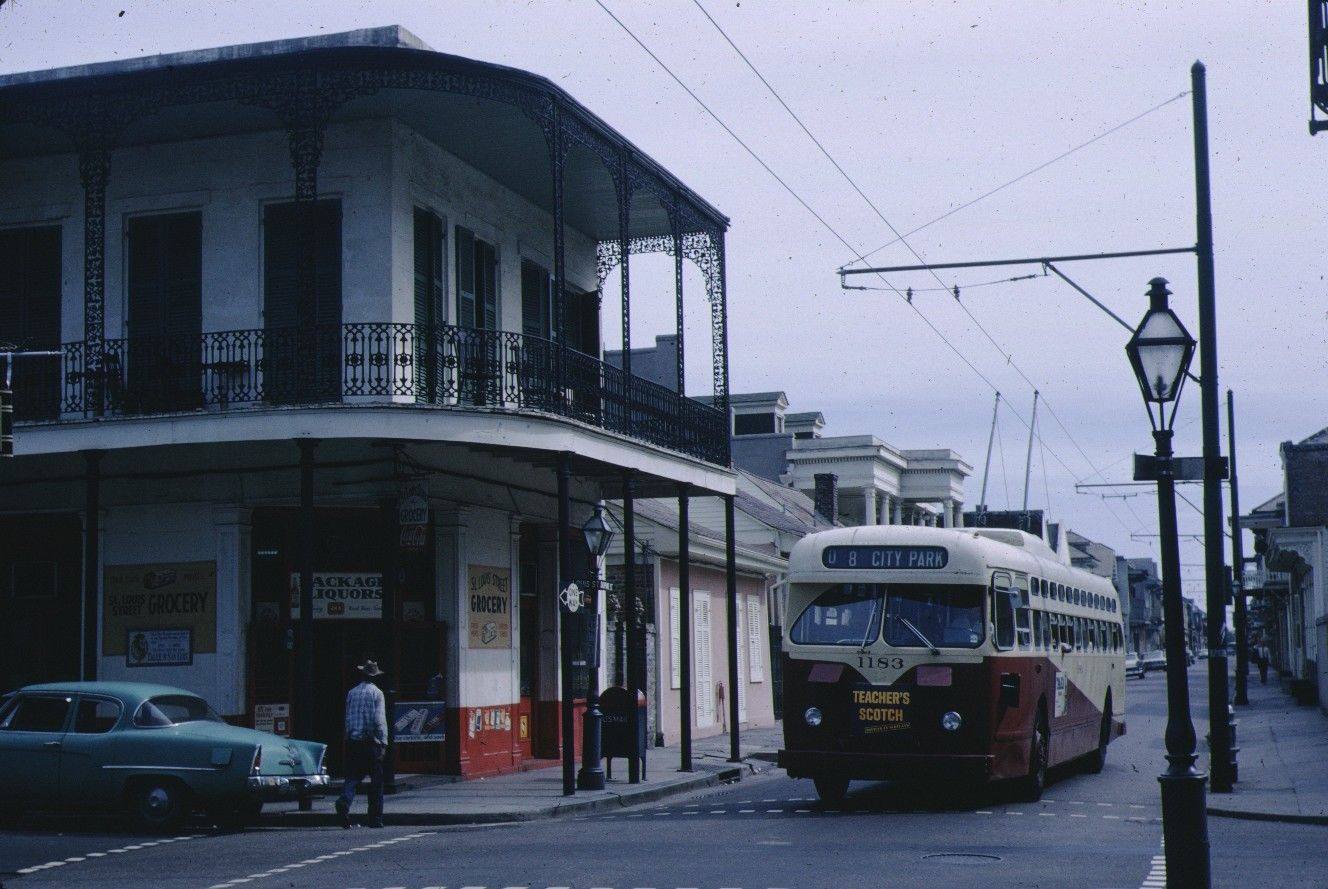 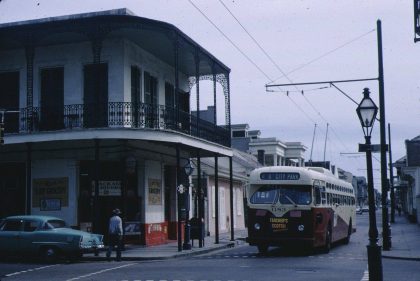 The Orleans Railroad Company opened the City Park line on July 1, 1898. It connected the French Quarter with Mid-City, mostly via Dumaine Street. Orleans RR merged into New Orleans Railway and Light in 1910, along with the other streetcar companies. NORwy&Lt combined the French Market line with City Park (both ex-Orleans RR). The rollboards said “French Market-City Park” in 1921. While the route didn’t change, the line’s name returned to just City Park at that time.

In 1910, the route expanded. Instead of turning on Burgundy, City Park continued down Ursulines to Decatur. So, it then continued to Canal, via Decatur and N. Peters. In 1932, NOPSI re-routed City Park, turning the line on Royal to terminate on Canal. This route remained until the line was discontinued in the 1970s.

The red livery used by Orleans RR and New Orleans City Railroad are the heritage behind the “red ladies” of the modern Riverfront and Canal Street lines.

NOPSI discontinued streetcar operation on City Park in 1941. They switched to buses. City Park was one of the last lines switched before WWII. The War Department turned down other conversions. Buses required gasoline and rubber. Both of those were needed for the war effort.

In 1949, NOPSI replaced buses on City Park with trackless trolleys. They never removed the overhead wires on the route. Trackless Trolleys ran on City Park until 1964. So, buses returned to the line then. NOPSI discontinued the City Park line completely in the 1970s.

The City Park line serviced the “Downtown Backatown” neighborhoods. Like the Desire line, the name indicated the termination point. The streetcars ran on Dumaine Street, through Treme, into Mid-City. Since the line went to Canal Street, City Park carried commuters into work. The line serviced the Quarter as well, particularly Burgundy Street. Armstrong Park blocked the Dumaine portion of the route. I remember seeing the City Park buses at the route’s terminating point as I rode past Dumaine Street on the Esplanade line.

When Aaron Handy III shared this photo in a Facebook group, the City Park rollboard brought back memories of riding home from Brother Martin in the 1970s. While I never rode the line, I was fascinated that there were streetcars going all the way out to the park, in-between Canal Street and Esplanade. This photo looks to be part of the Dorothy Violet Gulledge collection at the New Orleans Public Libaray.